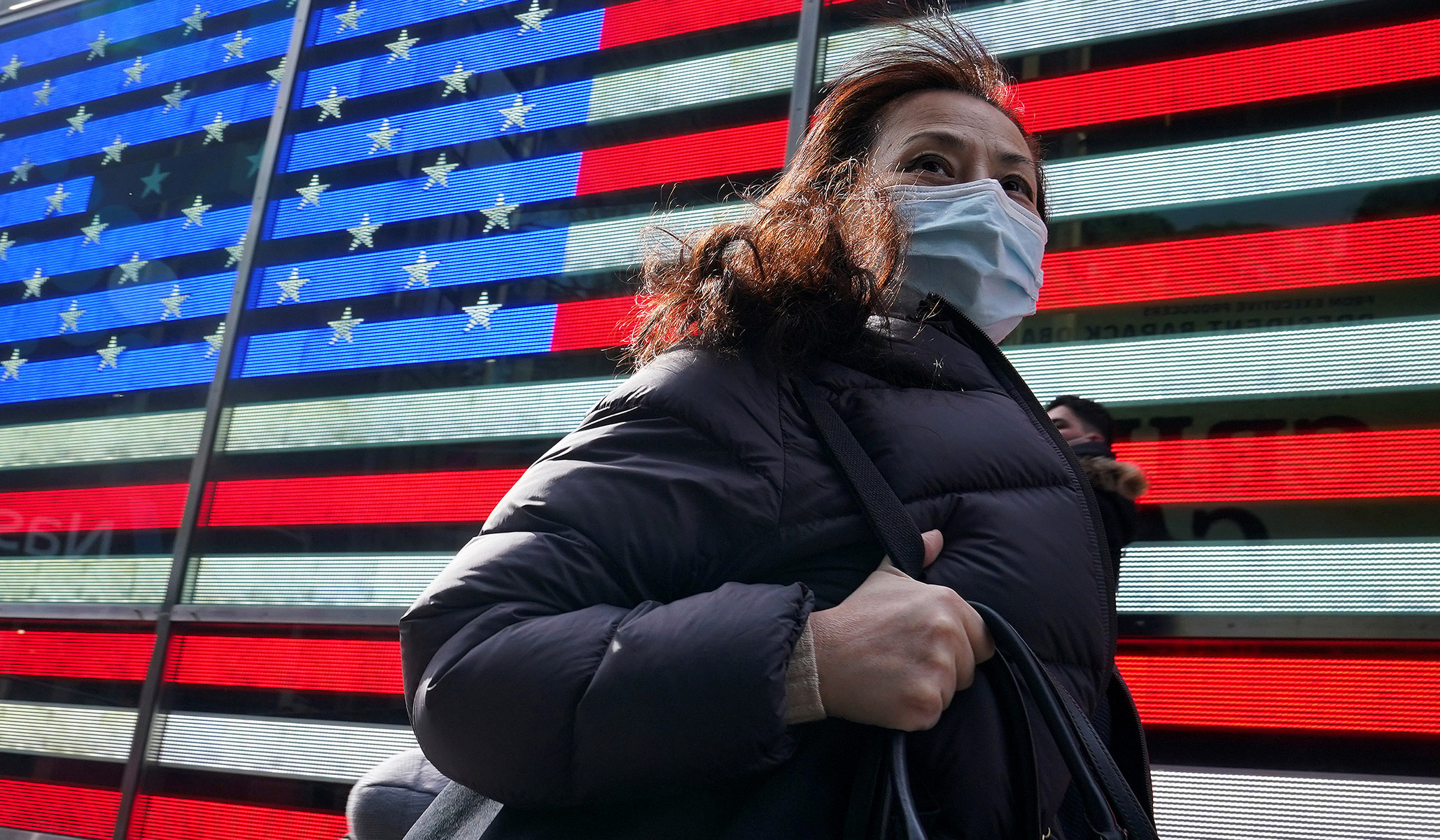 On the menu today: Officials and experts say that increased COVID-19 transmission during the coming colder months remains a threat, confirming my allegedly controversial point that temperatures and seasonal changes are significant factors in the virus’ spread; new figures show that COVID-19 hospitalizations are continuing to grow in the northern states and decline in the southern states; and examining why some Americans insist upon seeing a COVID-19 infection as a personal moral failing.

Winter Is Coming — and with It, Likely More COVID-19 Infections

Just about every time I write on the impact of temperature and seasonal behaviors in the spread of COVID-19 — the more time people spend indoors, the closer they are together, means the virus, and in particular the Delta variant, can spread faster — the usual suspects on social media go bonkers with outrage. I’m pleasantly surprised no one has gotten me canceled from social-media networks by insisting that writing facts they don’t like amounts to “disinformation.” In some people’s worldview, COVID-19 is a fundamentally moral disease and only infects those who are immoral in some way — either they haven’t gotten vaccinated, or they’ve committed some other sin by not wearing a mask, not avoiding crowds or going out in public, etc. As Nicholas Kristof wrote in summer 2020, “Refusing to wear a mask is like driving drunk.”

There are some people who get breakthrough infections of COVID-19 and who quickly grow convinced that either it’s a moral or judgment failing on their part or that someone else recklessly infected them. As one woman who found herself infected after a trip to Disneyland described to NPR, “I did start crying, because it was like, we did everything right.” A Maine couple who caught the virus during a trip to California is convinced they caught it during lunch with another couple whom they characterized as “Covid deniers.” “I let my guard down,” the husband lamented.

It almost seems silly to have to say this, but being infected with COVID-19 does not reflect a moral or judgment failing on the infected person’s part. This is an extremely contagious virus that has probably made its way to every community in America by this point. The only way to guarantee you have no risk of exposure is to be a shut-in or a hermit. When people catch colds, we don’t think that they’ve done something reckless or stupid. When someone catches the flu, we don’t conclude that person ran around licking doorknobs. When someone catches the flu even though they already got a flu shot — the flu vaccine is about 50 to 60 percent effective for healthy adults who are between 18 and 64 years old — we don’t see them as having some sort of bad character or judgment.

Alas, many people see infection causality as a zero-sum game; the more I point out that temperature, weather, and people’s behaviors in response to the weather can influence infection rates in an area, the less they can wag their fingers and feel superior to others, usually those in Republican-leaning states and demographics.

This morning, the New York Times reports that experts are restating the obvious: People spend more time indoors in the cold weather of winter, which means that the northern states are facing particular danger in the months ahead: “A surge driven by the Delta variant is receding in the United States, but officials and experts say that increased transmission during the coming colder months remains a threat and that steady rates of vaccination are key to keeping the coronavirus at bay.”

Michigan, Pennsylvania, and Minnesota have Democratic governors. North Dakota, Wyoming, and Montana have Republican governors. All of these states have different mask requirements and different vaccination rates. More than 73 percent of Pennsylvania residents have at least one shot — and remember, that figure includes kids who can’t get vaccinated yet. Only 49.1 percent of Wyoming residents have at least one shot. And yet Pennsylvania ranks third on the list above, and Wyoming is fourth. As I have been trying to emphasize, it does not take a lot of unvaccinated people to fill up a region’s hospitals, even if your overall vaccination rate is high, as in states such as Vermont and Massachusetts.

The good news is that most states have seen decreases in how many people are in the hospital because of COVID-19 over the last two weeks. Check out which states are in the bottom ten, seeing the fastest decrease in hospitalizations over the past two weeks, and see if you detect a geographical pattern:

Alaska stands out geographically on that list, but otherwise the message is clear: The Delta wave is continuing to recede in the southern states.

A lot of people see this list and interpret it as “northern states bad, southern states good,” which is not the point. The increase of hospitalization rates in the north right now at least partially reflects changes in temperature and behavior — and I suspect the reopening of schools is probably a factor as well. Yes, many schools are requiring masks, but younger kids are having playdates, getting back into youth sports, going over each other’s houses to study, and teenagers are probably making out in bedrooms. Infections increased in the south in the mid-to-late summer, but really picked up once the schools started opening in August.

There is no way to have an open and functioning society without some degree of infection spreading through the population. This is one of the many reasons I’m pro-vaccination, even though ninnies on Twitter prefer to pretend that I’m an anti-vaxxer, because it makes me easier to demonize. You’re going to run into this virus sooner or later. You’re going to want your body prepared for that meeting.

(Whenever I write about temperature changes, someone writes in and argues that a place such as Michigan isn’t that cold yet — and indeed, in the Detroit area, highs are still in the 70s this week. But the temperature change doesn’t have to be dramatic to change people’s behavior; it just has to be enough to keep people indoors when they might go outside in warmer, nicer weather. Remember, rainy weather usually keeps people indoors, too.)

Why do so many Americans want to moralize the pandemic and turn it into a simplistic story of good and wise people who managed to avoid the virus while reckless and foolish people exposed themselves to the virus? Why do the kinds of people profiled by NPR see themselves as having failed in some way when they realize they’ve been infected, even though they believe they took all appropriate preventative measures?

The pandemic has vividly demonstrated that there are a lot of Americans — accomplished, successful, well-off, highly educated — who see “following the rules” as a preeminent social value. (Chris Arnade’s description of an America with “front row kids” and “back row kids” is vivid, memorable, and, I suspect, quite illuminating.)

Your faith that American society is a meritocracy probably is directly proportional to how close you are to the top, and those at or near the top are convinced they got there because they were the best at fulfilling their duties and following the rules. The rebels, free spirits, and malcontents didn’t get into the Ivy League schools, the most prestigious graduate school and law school programs, and didn’t get hired by the top-tier law firms or McKinsey Consulting. Every day that these high-achieving rule-followers wake up in a nice house in a nice neighborhood and go to work at a nice job is further confirmation that they’re the kind of wise person who makes good decisions and avoids foolish risks. Getting infected with COVID-19 — an outcome that they have now come to associate with MAGA-hat-wearing, COVID-denying, anti-vaccine, anti-mask Trump voters — interrupts the happy narrative of these elites’ lives and suggests that random chance is a bigger factor in their lives than they want to admit.

Will the Democratic base allow their president and party to claim that the virus has been shut down? My guess is that they will have trouble doing so. Their energy has shifted to achieving a goal that will remain beyond their grasp: getting some kind of acknowledgement of their intellectual and moral superiority from red America.

ADDENDUM: One of the great joys of John Kerry getting back in the news is the opportunity to imitate Kerry’s voice on the Three Martini Lunch podcast.