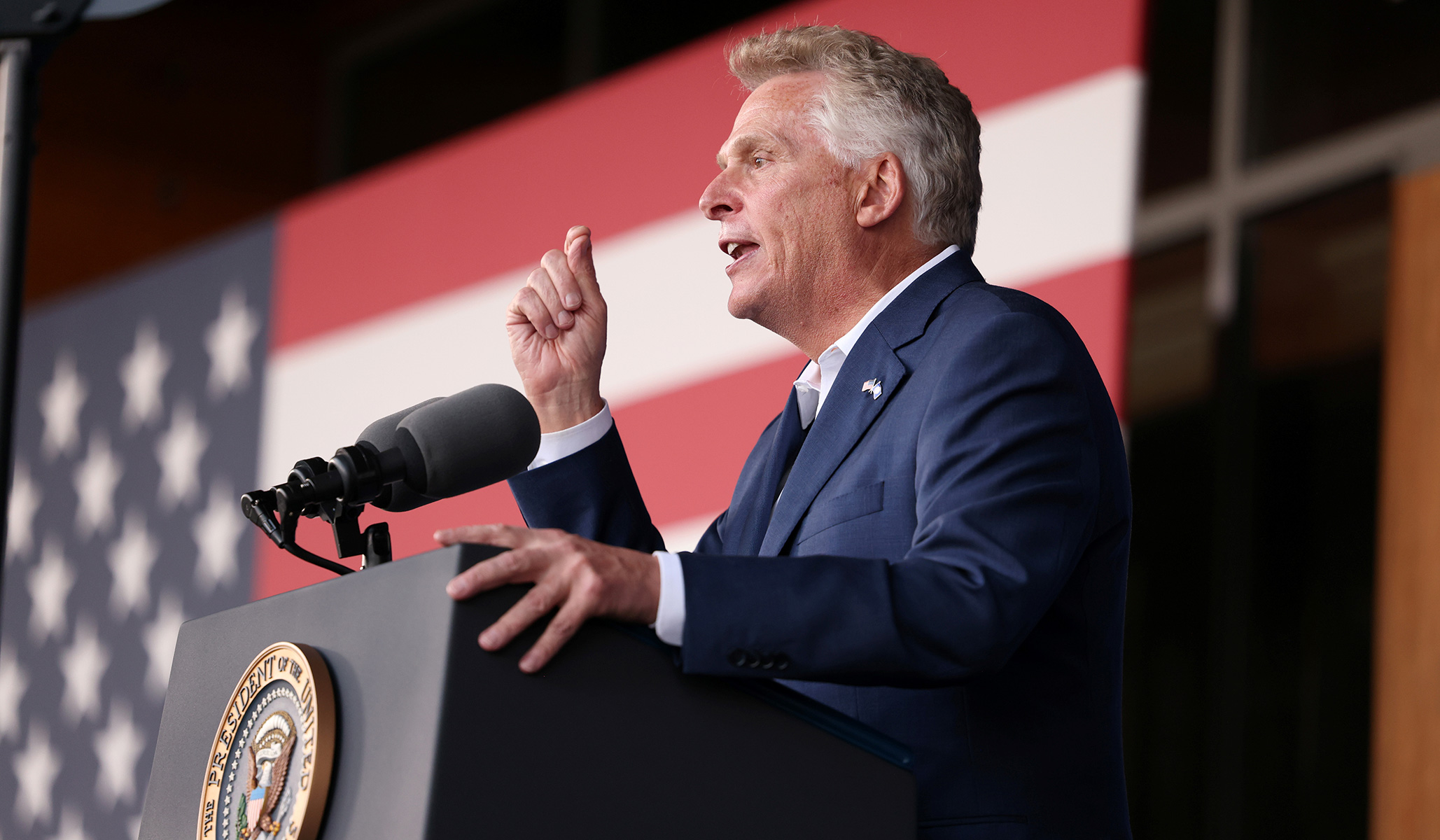 Former Virginia governor and current Democratic gubernatorial nominee Terry McAuliffe claimed that controversies over “Critical Race Theory” in public schools are a “made up” plan by Republicans to “divide” voters, in comments on CNN’s State of the Union on Sunday.

Host Dana Bash noted a Virginia Democratic voter profiled by the Washington Post, who told the paper he was switching his vote to Republican candidate Greg Youngkin because he believed public schools were using curriculum portraying American history as racist.

“I really hate to see what Glenn Youngkin is trying to do to Virginia what Donald Trump did to our country,” McAuliffe told Bash. “Let’s just be clear: we don’t teach critical race theory.”

Youngkin added, “This is a made-up—this is a Trump, Betsy DeVos, Glenn Youngkin plan to divide people, and really bothers me.”

School boards across the country have seen fiery debates over critical race theory and other issues, including in Loundon County, Va. McAuliffe referred to the term as a “dogwhistle.” during an interview on WAVY News 10 on Wednesday.

McAuliffe and Youngkin are locked in a tight race for the governorship, and recent polls have showed a virtual tie between the two candidates.

“This election looks very different from those of the past four years, when Democrats could win by substantial margins by just focusing the electorate on President Trump,” Stephen J. Farnsworth, director of the University of Mary Washington’s Center for Leadership and Media Studies, said in September.