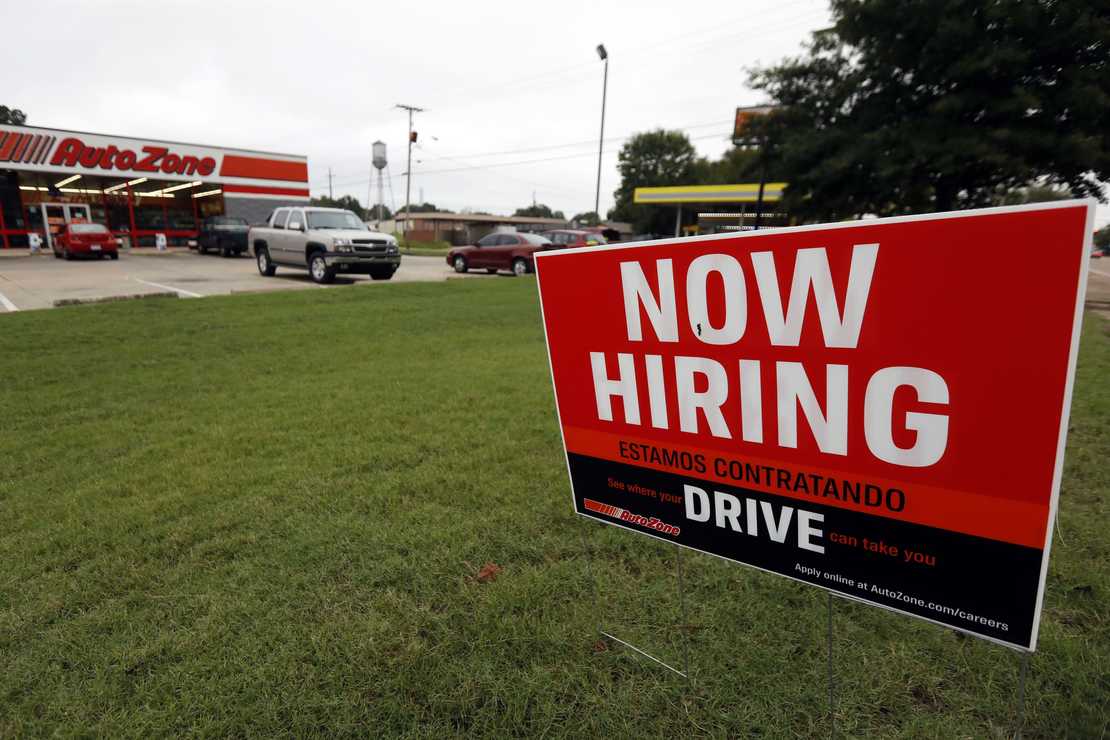 September jobs numbers were a huge disappointment to the Biden administration. Just 194,000 jobs were added to the economy, according to the Bureau of Labor Statistics. Most economists had been predicting 500,000 jobs as the recovery from the pandemic was supposed to take off.

Except the recovery was supposed to take off last month. And the month before last. Biden administration predictions about the economy have become more wishful thinking than charts and graphs prophesizing good times ahead.

What the September numbers show is a great disconnect between the perception of the health of the economy between the Biden administration and great swaths of the American people. Currently, there are 11 million job openings and 7.7 million unemployed. But it’s worse than that.

The numbers are striking: 309,000 women over age 20 dropped out of the labor force in September, meaning they quit work or halted their job searches. In contrast, 182,000 men joined the labor force, Labor Department data showed.

The simplest explanation for the mediocre jobs gains in September is the rapidly spreading delta variant of the coronavirus. It zapped a lot of momentum from the recovery as people in many parts of the country became more hesitant to eat out and travel. A mere 2,100 jobs were added in hotels and just 29,000 in restaurants.

When people are constantly told it’s not safe, that they have to mask up, and they must get vaccinated, what do you suppose the reaction to all that scare-mongering will be? Most people who are still unemployed say to themselves, “Why risk it? If it’s as bad as the government says it is, aren’t I better off at home?”

While the federal government’s unemployment programs have ended, most states still offer extended unemployment benefits for those who choose not to work. There is also the reality that many of the unemployed will not return to their jobs in restaurants, bars, and other low-wage, low-benefit positions. No, they’re not all learning to code. But because they are free men and women, they are taking advantage of retraining programs to better their lives and the lives of their families.

Of course, it doesn’t help that teachers’ unions have been putting parents through the wringer by their on-again-off-again schedule of in-person instruction. Single parents especially are frustrated because even if they want to work, they’re prevented from getting a good job because they’re being held hostage to the whims of teachers and school districts.

The coronavirus continues to be a major factor in people’s hesitancy to return to work, but there is something deeper going on in 2021. Workers, especially low-wage workers, are revolting against years of poor pay and stressful conditions. It remains unclear how the Great Reassessment of work will play out going forward. For now, people are still hesitant to take the first jobs available to them, if they don’t believe they’re good jobs. And they are not reluctant to quit a situation they don’t like.

“The big news out of the jobs report was the delta variant slowed things down. That disproportionately hit lower-wage workers,” said University of Michigan economist Betsey Stevenson. “But people are also thinking they can afford to wait for a better job — or a safe job — to come along.”

Uncertainty is the enemy of a good economy. Being able to plan for the future allows businesses to increase hiring and workers to be secure in their jobs. It also leads to a general feeling of confidence which usually opens consumers’ wallets.

But everything appears to be on hold as businesses and workers hold their breath to wait and see which way the economy will go.

It’s not the delta variant of the coronavirus that’s holding the economy back. It’s fear and worry over what Joe Biden and his administration will do to screw things up next.