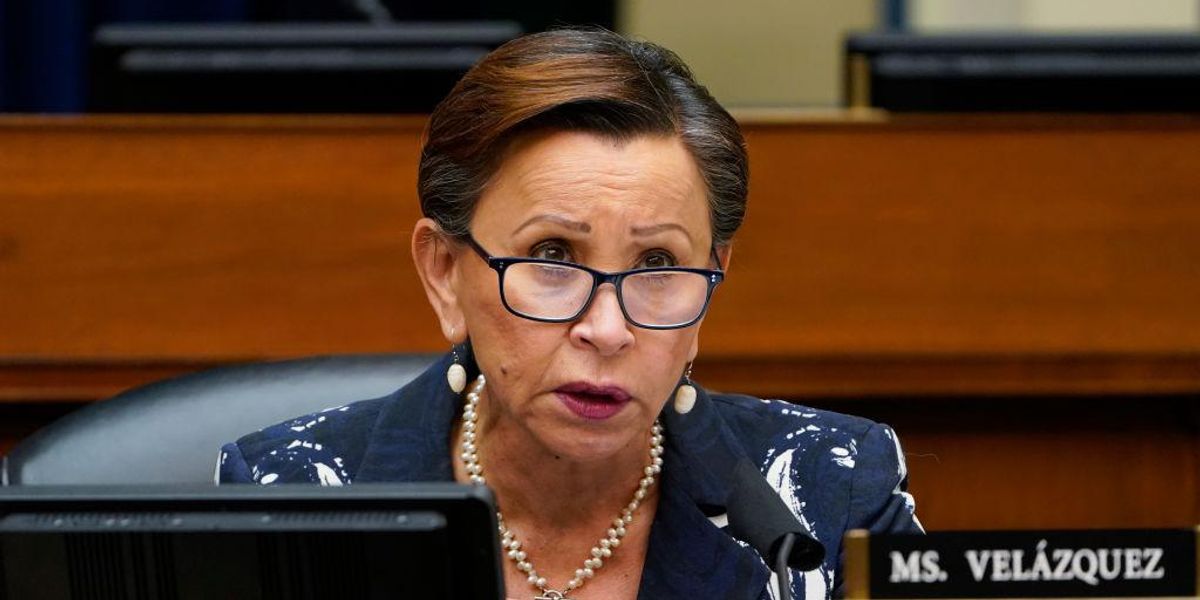 “Today should just be #IndigenousPeopleDay. And yet this day is still shared with a genocidal maniac. We need to take this time to reflect on the brutal history of violence against Indigenous peoples in America and recognize that there is still a lot of work to repair this harm,” the congresswoman’s tweet declared.

Today should just be #IndigenousPeopleDay.

And yet this day is still shared with a genocidal maniac.

We need to t… https://t.co/DrSjp8pWUz

Legislation has been proposed to officially change Columbus Day into Indigenous Peoples’ Day.

The president’s Columbus Day proclamation says, “We also acknowledge the painful history of wrongs and atrocities that many European explorers inflicted on Tribal Nations and Indigenous communities.”

Democratic Rep. Hakeem Jeffries of New York tweeted: “Millions of indigenous people lost their lives during the genocide committed against them in the Americas. Today we pause in solemn recognition of this human tragedy. And recommit to uplift the original occupants of this land.”

But there were Republican lawmakers who made a point of marking Columbus Day.

“Today is #ColumbusDay, and nobody can rewrite history to say otherwise,” tweeted Republican Sen. Marsha Blackburn of Tennessee.

“Columbus’s legacy is embodied in the spirit of our nation. Happy Columbus Day!” tweeted GOP Rep. Jim Banks of Indiana.

PSYCHO-BIO-WARFARE: OMICRON hysteria is a virus of the mind with no basis in physical reality… it’s all a mind game to drive people to vax suicide
Matthew McConaughey Announces He Will Not Run For Texas Governor (VIDEO)
Univision Atlanta Reporter Shoots His Shot, Psucks Up To Psaki
Defense Argues Jussie Smollett’s ‘Attackers’ Motivated by Homophobia in Flailing Cross-Examination
The Curious Case of the Waukesha ‘Killer Car’