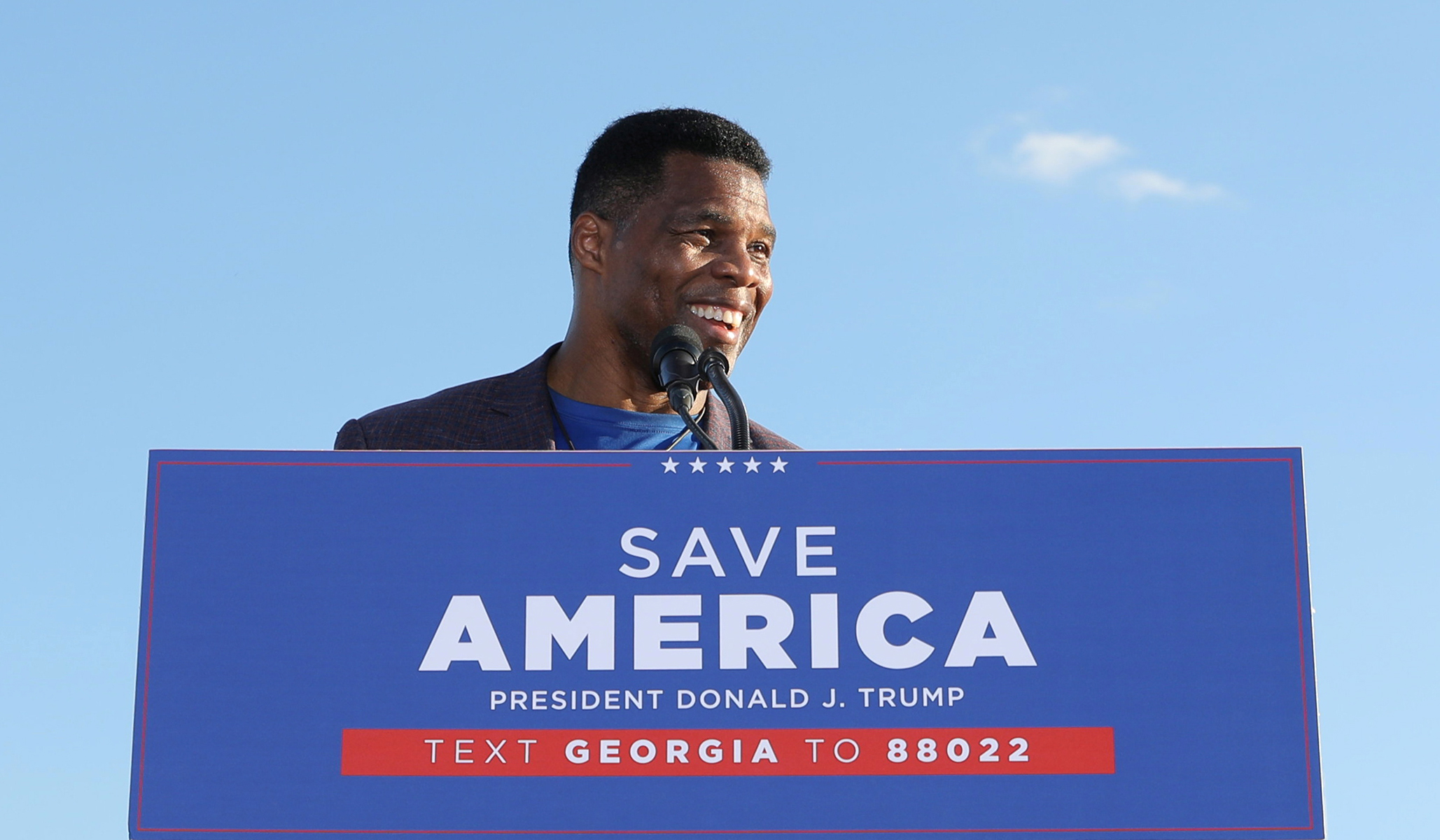 Herschel Walker, the University of Georgia football legend, said Monday that his campaign for U.S. Senate in the Peach State had raised $3.7 million in five weeks since its launch.

Walker, who polls show has a wide lead in the Republican field of candidates hoping to unseat Senator Raphael Warnock (D., Ga.) next year, told Fox News that his team is “overwhelmed by the support” from about 50,000 Americans in all 50 states who donated.

“National Democrats have already said they plan to spend $100 million on this race, and these strong numbers show that we are ready to go head to head with anybody,” said Walker, who raised what amounts to about $100,000 a day.

The news comes after the Associated Press reported in August that Warnock had already raised $10.5 million for the race.

The three other Republican candidates in Georgia have not yet reported their most recent fundraising figures. Latham Saddler, a former Navy SEAL, was the early fundraising leader in July after raising roughly $1.4 million in three months. Agriculture Commissioner Gary Black pulled in about $700,000 and military veteran Kelvin King raised about $370,000.

Walker, who has been a vocal supporter of former President Trump, was shown to have the support of 75.7 percent of likely Georgia Republican primary voters in a Trafalgar Group poll last month.

In March, Trump released a statement asking “wouldn’t it be great if the legendary Herschel Walker ran for the United States Senate in Georgia?” and then said Walker “would be unstoppable, just like he was when he played for the Georgia Bulldogs, and in the NFL. He is also a GREAT person. Run, Herschel, Run!”

Still, others have been less enthused by Walker’s candidacy, with some Republican insiders expressing concern over his history of troubling behavior, including an incident in which he reportedly once held a gun to his ex-wife’s head while threatening “to blow your f***ing brains out.”

Meanwhile, Kelly Loeffler, whom Warnock ousted in a runoff election in January, has not ruled out a potential run for Senate. Former Senator David Perdue, a Republican who was defeated by now-Senator Jon Ossoff (D., Ga.) in Georgia’s other runoff election, has said he does not plan to run again next year.