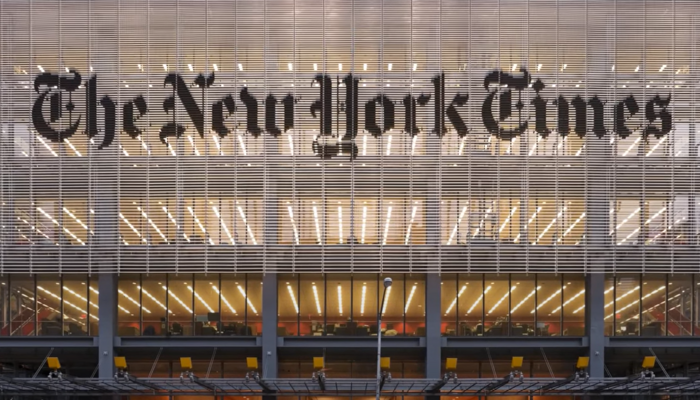 On Thursday, October 7, The New York Times buried a correction to a pernicious report that suggested 900,000 American kids had been “hospitalized” with COVID-19 when in reality it was around 63,000. But not only did the report mischaracterize those hospitalizations, but the report also falsely stated how Sweden and Denmark were distributing doses to young children and it also wrongly suggested child doses of the Pfizer vaccine would be ready by distribution in the U.S. this week.

The entire situation was poetic because the “science” reporter who loaded up her piece with these false claims was Apoorva Mandavilli. She’s the same Times reporter that took to Twitter last May to say that the increasingly likely Wuhan lab leak theory wasn’t true and had “racist roots.”

Unironically, Mandavilli was also “the 2019 winner of the Victor Cohn Prize for Excellence in Medical Science Reporting,” according to her author page on the Times website. Adding: “Ms. Mandavilli has won numerous awards for her writing … Ms. Mandavilli has a Master of Arts degree in journalism from New York University…”

The Times being the very reputable and honest “newspaper of record” buried the correction all the way on the bottom of the report, under ads for more of their articles, and no hint of it at the top of the webpage.

According to the three-fold correction:

Now, that’s a lot of misinformation. When examining the disparity between Mandavilli’s numbers and reality, one realizes that her number was over 14 times higher.

On another page, the Times stated that the correction wasn’t printed until Friday, two days after they initially made the false claims.

When it came to looking at the situation and demanding accountability for something so egregiously incorrect, documentary producer and New York Times bestselling author, Ann McElhinney took to Twitter to say what was undoubtable on a lot of peoples’ minds: “So you can do this at the New York Times and still keep your job?”

“I see this NYT reporter is meeting her usual standards today,” syndicated columnist Phil Kerpen quipped in his own Tweet.

Now, the liberal media will argue that the fact they made the correction proves they take the truth seriously. But the fact that an editor approved of the article before it was published shows they really didn’t care about the truth until they had to.