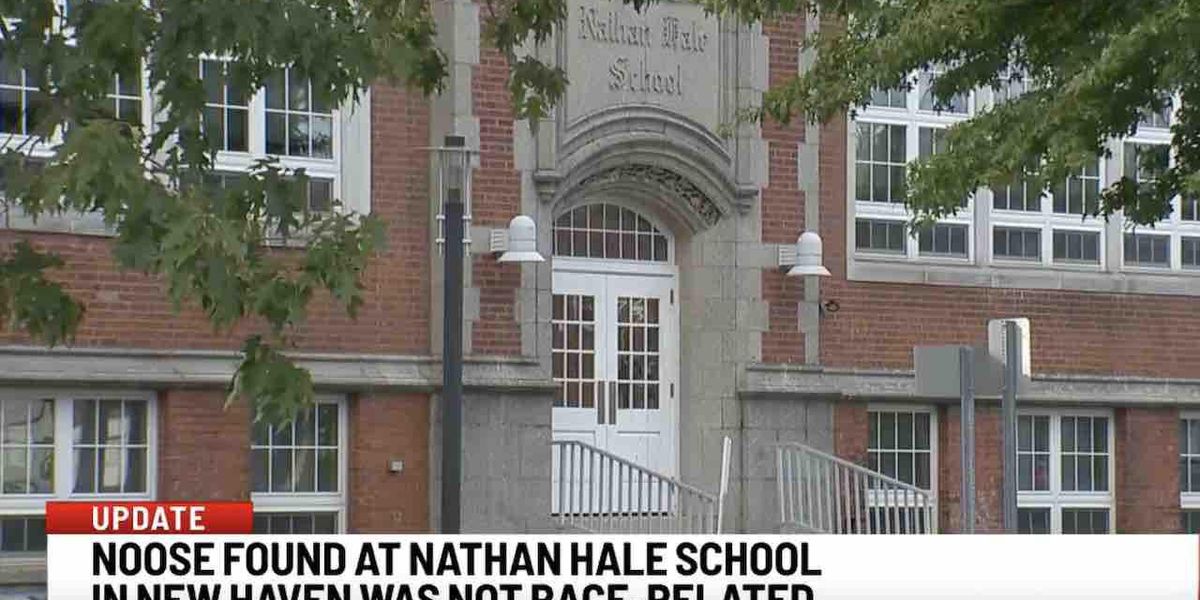 A noose made out of shoestring was found in a Connecticut high school restroom earlier this month — and initially the district superintendent railed against what appeared to be the attitudes behind the creation of the noose, WVIT-TV reported.

“This is a very serious breach of the values of our community. Such behavior cannot and will not be tolerated,” New Haven School District Superintendent Iline Tracey said in a message to the school community. “We will work with staff and students to understand what happened and to keep it from occurring again. We will take action to make sure students are safe, and all are respected.”

Well, it turns out the noose found in the Nathan Hale School restroom on Oct. 1 was created by a student who attempted self harm, city spokesman Kyle Buda told WTNH-TV later that day, adding that the student in question was taken to a hospital.

Investigators said it was determined that the incident was not racially motivated, WVIT reported.

Far from the first faux pas

In addition, there have been numerous instances in which racism was assigned to various discovered objects that people inaccurately viewed as nooses.

In June, a loop at the end of a steel construction cable attached to a crane at Central Connecticut State University triggered a number of folks who saw a “noose” instead.

“Regardless of what someone else says about that, what I see, as a black man? That’s a noose. Period,” Ronald Davis, president of the New Britain NAACP, told WTIC-TV. “No ifs, ands, or buts about it. Take it down.”

Far-left actress Debra Messing bucks the party narrative on lethal Waukesha parade attack
The Only Medical Test That Matters Is the One President Biden’s Doctor Did Not Perform
American Airlines Is the Worst: A Series
Yes, Merrick Garland Has Politicized the Department of Justice
Great News For Republicans in Arizona