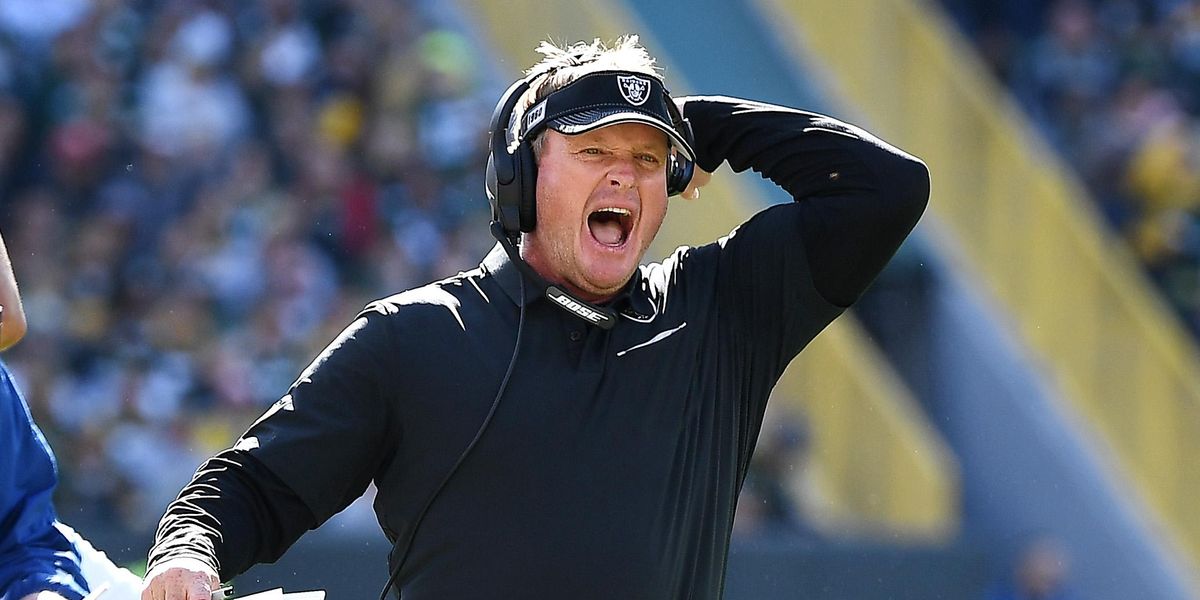 Jon Gruden stepped down Monday as the head coach of the Las Vegas Raiders after another batch of problematic emails were published by the New York Times.

“I have resigned as Head Coach of the Las Vegas Raiders. I love the Raiders and do not want to be a distraction,” said Gruden, 58, in a statement.

“I have resigned as Head Coach of the Las Vegas Raiders. I love the Raiders and do not want to be a distraction. Th… https://t.co/hI0PIEZE90

“Thank you to all the players, coaches, staff, and fans of Raider Nation,” he added. “I’m sorry, I never meant to hurt anyone.”

Gruden had previously apologized for an email from 2011 that included a racist trope about the NFL players’ union leader DeMaurice Smith.

“I’m not a racist,” Gruden said. “I can’t tell you how sick I am. I apologize again to D Smith, but I feel good about who I am and what I’ve done my entire life… I had no racial intention with those remarks at all. I’m not like that at all. I apologize. I don’t want to keep addressing it.”

On Monday, more emails surfaced that included misogynistic and homophobic insults. In one email, he faulted NFL Commissioner Roger Goodell for pressuring teams to draft “queers,” a reference to Michael Sam, the first openly gay player to be drafted in the NFL.

Another email from Gruden contained a homophobic slur against Goodell, while another referred to him as a “clueless anti football p****.”

Gruden was ESPN’s lead analyst on Monday Night Football at the time that the emails were sent.

“The comments are clearly repugnant under any circumstance,” read a statement from ESPN.

The emails were discovered as part of an investigation by the NFL into workplace misconduct at Washington. The organization is reviewing over 65,000 emails.

According to reporting from ESPN, Raiders assistant coach Rich Bisaccia is expected to replace Gruden as head coach. The Raiders are off to a 3-2 start this season.

Here’s more about politics in the NFL:

Waukesha suspect says he’s being ‘demonized’ in first public statement since lethal car attack
George Clooney says he rejected a job offer that would have paid $35 million for one day of work
‘Technically, he got his a** kicked twice!’: Chad Prather reacts to latest in Jussie Smollet investigation
How Bad Are Democrats’ 2024 Prospects?
Breaking: CNN indefinitely suspends Chris Cuomo