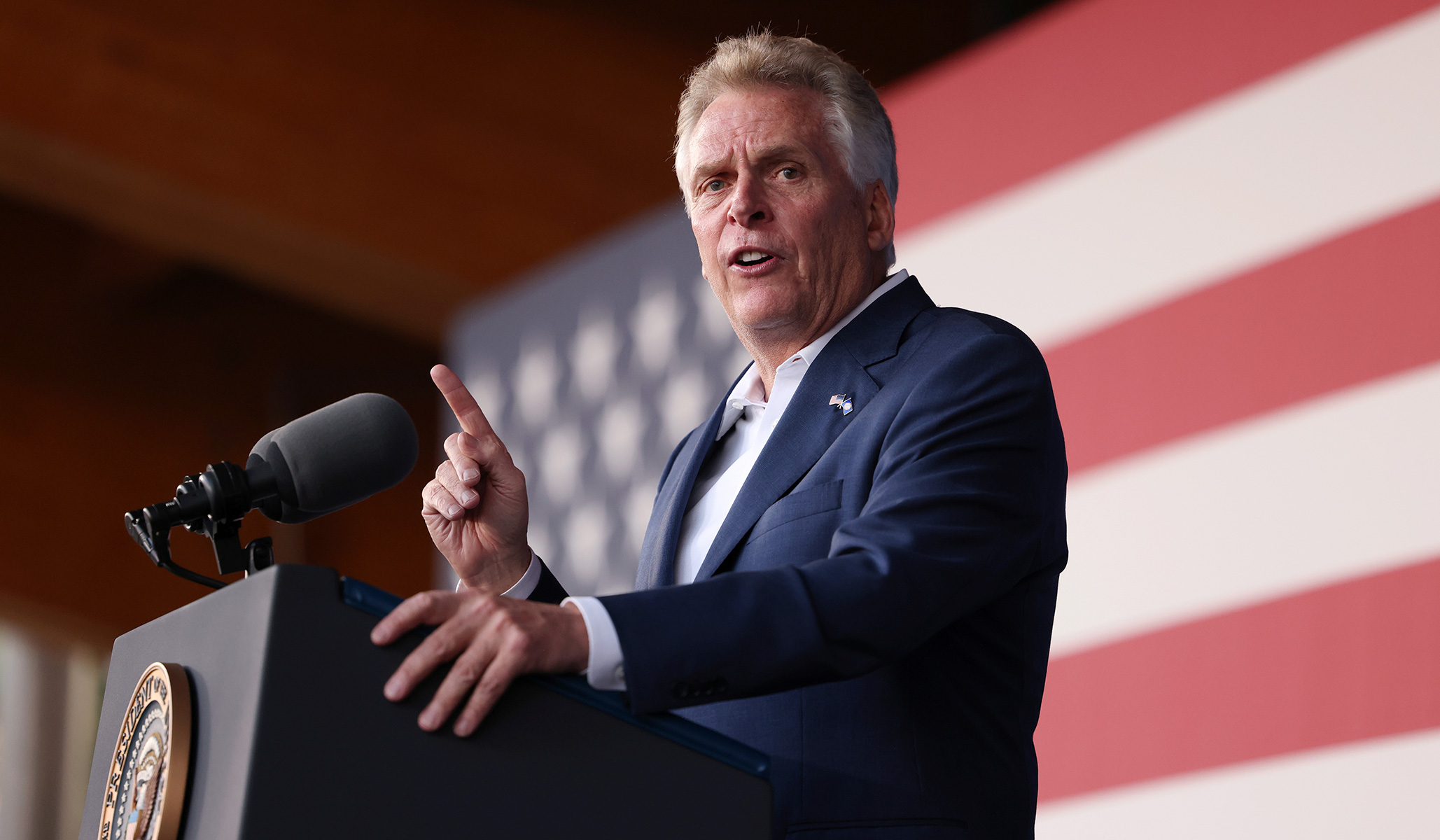 As the Virginia gubernatorial race between Democrat Terry McAuliffe and Republican Glenn Youngkin continues to tighten, McAuliffe — long thought to be the prohibitive favorite — is calling on party bigwigs to assist his struggling campaign.

This coming Friday, First Lady Jill Biden is scheduled to appear on the campaign trail with McAuliffe. Then on Saturday, October 23, former President Barack Obama is slated to attend a campaign rally for the embattled Democratic candidate.

On August 1, McAuliffe, who previously occupied the governor’s mansion from 2014-2018, held a nearly seven point lead over Youngkin, a businessman and first-time candidate for office, in the FiveThirtyEight polling average. That lead has been whittled down to two and a half points in the two and a half months since.

In recent comments to supporters, McAuliffe acknowledged that Biden’s unpopularity was weighing him down. “We are facing a lot of headwinds from Washington, as you know. The President is unpopular today unfortunately here in Virginia, so we got to plow through,” said McAuliffe.

But on Monday, McAuliffe said of Biden, “he’ll be coming back. You bet he will.”

McAuliffe is asking for financial reinforcements as well as boots on the ground. Speaker of the House Nancy Pelosi will be headlining a fundraiser for McAuliffe in Washington, D.C. on Tuesday, October 26. “Terry is currently polling even with his opponent…” admits the invite to the fundraiser, which adds that this is a “critical time for the campaign.”

“Terry McAuliffe is scared because Virginians are roundly rejecting 40-year politician Terry McAuliffe’s plans to defund the police, strip parents of their rights to have a say in their children’s education, and to fire people who don’t follow his authoritarian vaccine mandates, so his response is to bring in more politicians to help draw a crowd larger than twelve people. Glenn Youngkin is an outsider focused on delivering for the people of Virginia and making the state the best place to live, work, and raise a family.”

Jacqui Time: FNC’s Heinrich Presses Psaki on Klain’s ‘Tone Deaf’ Tweets on the Economy
Parkland shooter Nikolas Cruz issues lengthy statement after pleading guilty to mass killing at high school: ‘I love you … I’m sorry’
University of Michigan Paid a Race Grifter $20,000 for One Hour Virtual Discussion on CRT
Video: Legally armed bystander shuts down Pennsylvania mall shooting after several people are struck by bullets
Quinnipiac Survey: 52 Percent of Americans Say the Country Is Worse Off Than a Year Ago