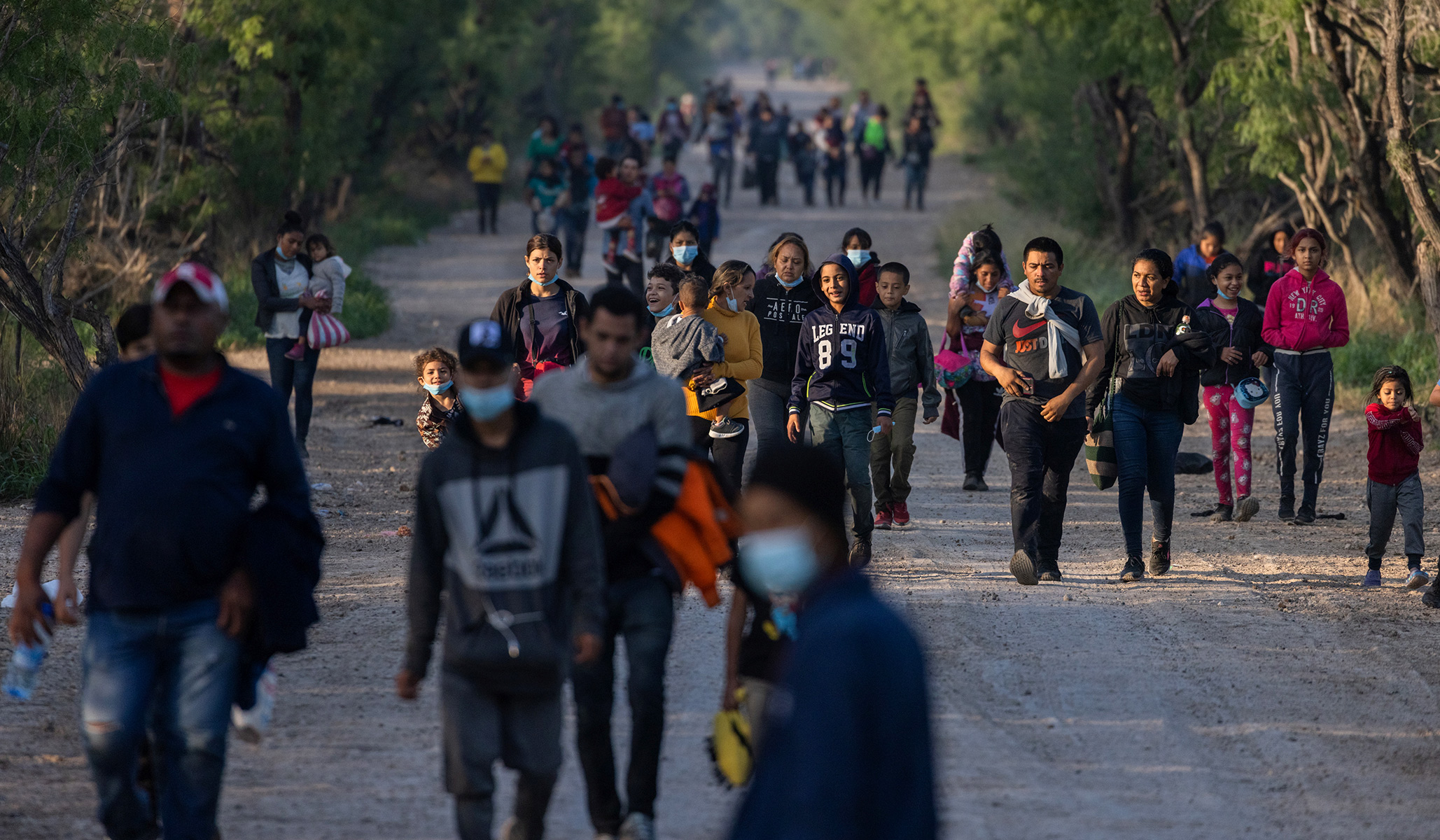 The Biden administration has released more than 70,000 illegal immigrants into the U.S. since August 6, including 31,977 released via parole, which grants migrants a form of legal status and the ability to apply for work permits, according to a new report.

The figures come from Border Patrol documents obtained by Fox News, which show that at least 160,000 illegal immigrants have been released into the U.S. since March.

Parole authority is intended to be applied on an as-needed basis for “urgent humanitarian purposes” and “significant public benefit.” Officials usually grant few parole cases, though the Biden administration has stepped outside of the norm in granting parole to tens of thousands of illegal immigrants.

Rodney Scott, who served as border patrol chief under both Biden and former President Trump from January 2020 to June 2021, told the outlet he believes the administration is abusing its parole authority.

“As a field chief, I don’t believe I ever approved more than 5 or 10 paroles in a year,” he said. “When I did, I ensured that the alien was monitored continuously and was detained or removed as soon as the circumstances allowed.”

Another 40,000 illegal immigrants have been released into the U.S. since August 6 on their own recognizance.

According to the report, at least 94,570 illegal immigrants have been released into the U.S. with Notices to Report since March 20. The notice requires the migrants to check in with an ICE office upon arrival at their final destination. Individuals who check in as required do not face deportation or detainment as their immigration proceedings advance.

The report raises concerns over the lack of oversight, supervision or immediate risk of deportation facing tens of thousands of illegal immigrants.

The news comes as the Biden administration has struggled for months to get a hold on the crisis at the southern border, where Border Patrol agents have been forced to contend with some of the highest levels of illegal immigration in decades.

While Republicans have said the surge at the border is caused by Biden’s reversal of several Trump-era immigration policies, Secretary of Homeland Security Alejandro Mayorkas has claimed it is an “accumulation of factors” in Mexico and the Northern Triangle countries that has caused the rise in immigration.

“The downturn in economies, the attendant rise in violence, the downturn in economies made more acute by reason of the impact of the COVID-19 pandemic, the suppression of any humanitarian relief over the past number of years, and the pent-up thirst for relief among many different populations,” Mayorkas told Yahoo News this week.

To entice 12- to 17-year-olds to get vaccinated, Minnesota offers $200 Visa gift cards, chance to win $100,000 college scholarship
Virginia churches air Kamala Harris endorsement of Terry McAuliffe in apparent violation of federal law
DeSantis says ‘we have to protect the jobs,’ vows to sue Biden over vaccine mandate: ‘You are trying to plunge people into destitution’
Hundreds of thousands of US troops yet to comply with vaccine mandate as deadlines near
Felon on probation tells Chicago cop ‘you will die’ after shooting him in face; officers had confronted him for threatening woman at gunpoint: prosecutors