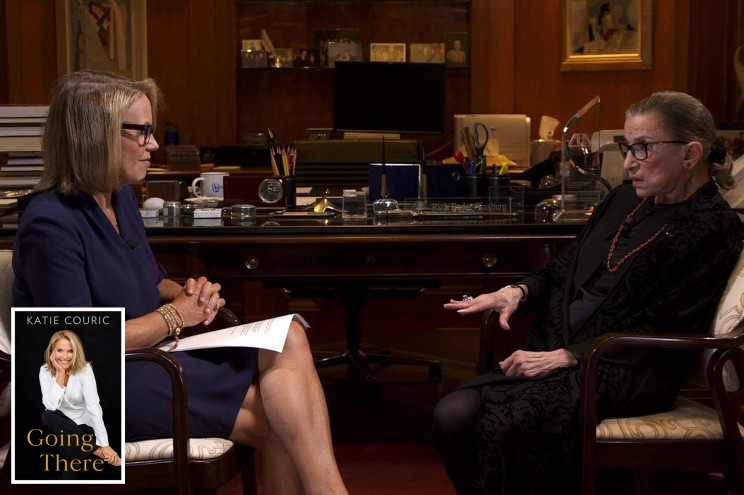 According to an article on a new memoir by journalist Katie Couric, Couric admits that “as a big RBG fan” she edited out of a 2016 interview Justice Ruth Bader Ginsburg’s comment that NFL players who knelt during the national anthem showed a “contempt for a government that has made it possible for their parents and grandparents to live a decent life.” Couric says she “wanted to protect” Ginsburg and thought that Ginsburg had a “blind spot” on racial justice. She also says she thought that Ginsburg, who was of course then in active service as a justice, “probably didn’t fully understand the question.”

In fairness to Couric, I’ll note that her interview did include Ginsburg’s comments that kneeling during the anthem was “dumb and disrespectful,” “stupid,” and “arrogant.”

Just a reminder that, over the course of her four decades as a D.C. Circuit judge and Supreme Court justice, Ginsburg hired only one black law clerk among her 140 or so law clerks.