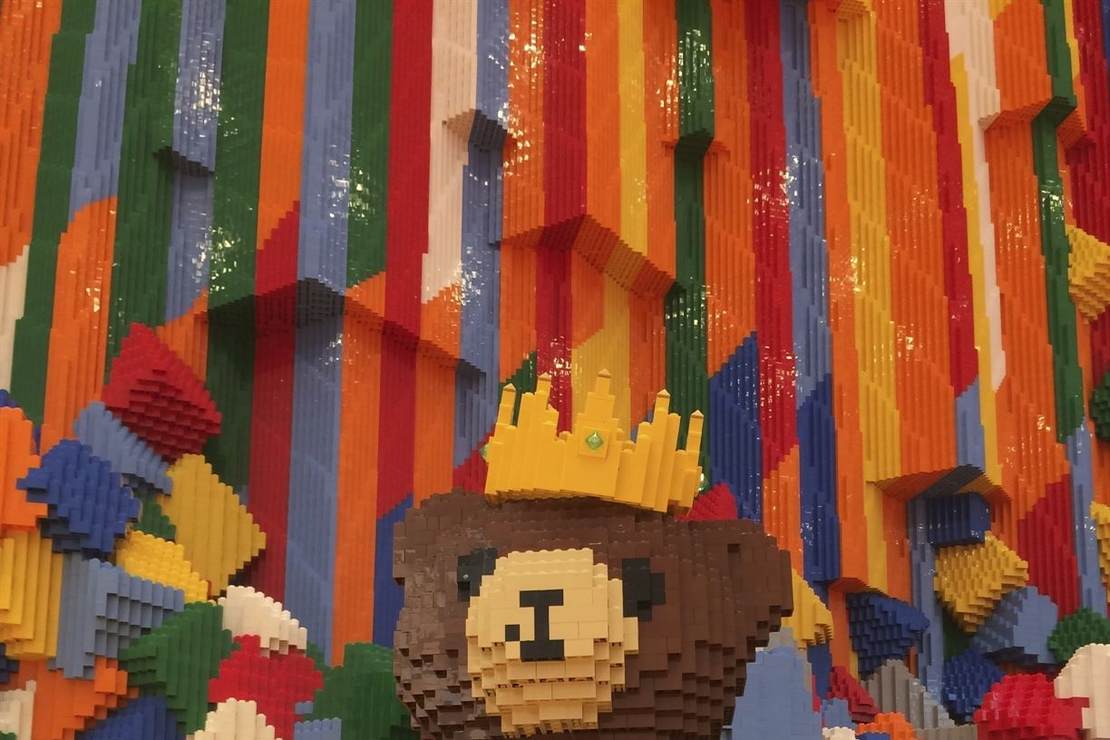 Those iconic plastic bricks continue to get more woke.

Earlier this year, Lego pandered to the LGBTQ community with a new LGBTQ-themed set featuring a rainbow-colored vomit waterfall, 11 non-gendered mini-figures, and one drag queen. If you thought the beloved toy company’s descent toward wokeness couldn’t get any worse, it has.

On Monday, the toy company, based in Billund, Denmark, announced its intention to “ensure LEGO products and marketing are accessible to all and free of gender bias and harmful stereotypes.”

The decision was based on research by the Geena Davis Institute on Gender in Media, which LEGO commissioned. According to the study, “Girls today feel increasingly confident to engage in all types of play and creative activities, but remain held back by society’s ingrained gender stereotypes as they grow older.”

The results of the study come as Lego is set to launch a new campaign called “Ready for Girls,” which the company says “celebrates girls who rebuild the world through creative problem solving.”

RELATED: Everything Is Sexualized: LEGO Now Features an LGBTQ+ Set With a Drag Queen

The research cited by Lego suggests that there is something inherently wrong with children identifying certain activities as being associated with one gender or the other. “For example, 82% of girls believe it’s OK for girls to play football and boys to practice ballet, compared to only 71% of boys,” the press release explains. “However, despite the progress made in girls brushing off prejudice at an early age, general attitudes surrounding play and creative careers remain unequal and restrictive, according to this research.”

For most creative professions, parents who answered the survey imagine a man, regardless of whether they have a son, daughter, or both. They are almost six times as likely to think of scientists and athletes as men than women (85% vs. 15%) and over eight times as likely to think of engineers as men than women (89% vs. 11%). The children surveyed in this research share these same impressions except girls are much more likely than boys to consider a wider range of professions to be for both women and men.

Is this really a problem at all? Studies have shown that children as young as nine months old prefer toys tailored to their gender without outside influence. So if parents are encouraging their children to engage in certain activities, perhaps they’re merely responding to the child’s established preferences.

Don’t be fooled into thinking this is about how Lego can increase its appeal to girls. The company has already done that. In 2012, they launched their LEGO Friends line, which specifically targeted girls with pastel colors and female characters. The line came after previous attempts to appeal to girls failed. However, the LEGO Friends line has proved to be a success for the company. The launch of the line came after years of study into the preferences of boys and girls. “The boys immediately grabbed the figures and the horses and the catapults and they started having a battle,” Michael McNally, a Lego spokesman, said back in 2016. In contrast, girls were more focused on structure.

“They all looked around inside the castle and they said, ‘Well, there’s nothing inside,’” McNally noted. “This idea of interior versus exterior in the orientation of how they would then play with what they built was really interesting. If you think about most of the Lego models that people consider to be meant for boys, there’s not a whole lot going on in there. But [the girls had] this idea of, ‘There’s nothing inside to do.’”

“Both girls and boys were saying they liked building, but there were nuances in what they were looking for,” McNally added. “We heard girls overwhelming saying we would much rather build environments than single structures. They were really just looking for a lot more detail than we were offering.”

But here’s the money quote. “I think there’s been a lot of momentum around this idea that everything should be gender neutral. That’s not what we’re striving for,” McNally said. “We don’t see anything wrong with the natural ways that children are choosing to play. We try being gender inclusive.”

Oh, what a difference five years make. Lego went from acknowledging that being gender-inclusive meant providing options for boys and girls to believing that the very idea imposes “gender stereotypes.” It seems that the Geena Davis Institute has convinced the company that it’s no longer enough to cater to the innate interests of boys and girls in their products, but believe that it’s the company’s job to solve a non-existent problem with boys and girls preferences in creative play.

Is this really about inclusivity and gender bias, or is it really about the LGBTQ+ agenda to blur the lines between boys and girls?

‘Paid leave should be a national right’ Megan Markle says in letter to Nancy Pelosi, Chuck Schumer
<em>Zubaydah</em> Update: DOJ Will Let Him Testify . . . but Then What?
Energy, Climate Policy, and Inflation
Will Biden Blow It for McAuliffe in Virginia?
Paramount+ Dramedy: Violent, Convicted Murderer ‘Wouldn’t Be In Prison’ if White