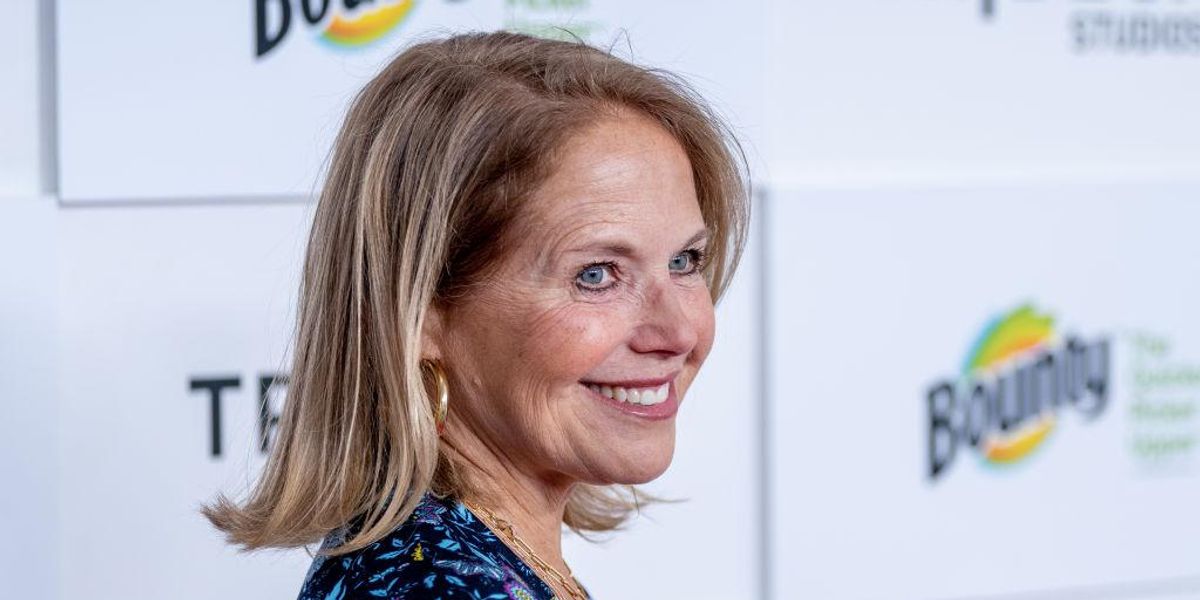 Katie Couric confessed she’s an enemy of the people.

In her soon-to-be-released memoir, the former “Today Show” host disclosed she edited an interview with Ruth Bader Ginsburg to “protect” the then-83-year-old Supreme Court Justice from public backlash. During a 2016 interview, Ginsburg made the mistake of sharing her true feelings about national anthem-kneeler Colin Kaepernick.

Ginsburg told Couric that Kaepernick and his allies were showing “contempt for a government that has made it possible for their parents and grandparents to live a decent life … which they probably could not have lived in the places they came from.”

Couric cut those remarks out of the story she published at Yahoo News. She said she did so to protect Ginsburg because Ginsburg was elderly and likely didn’t understand Couric’s question. Ginsburg was a working member of the Supreme Court at the time. Her job was to understand, interpret, and rule on complex legal matters. But she was too old to make sense of Kaepernick’s lunacy? I don’t think so.

Corporate media does not want American citizens to realize we have common beliefs and values that bind us. Most rational Americans — whether left or right, white or black, Jew or gentile — believe we’re lucky to live in America. Couric’s story did not protect Ginsburg. The story used several quotes that made Ginsburg’s position on Kaepernick quite clear. It quoted Ginsburg calling the protests “dumb and disrespectful.”

Couric protected the prevailing corporate media narrative that only a racist, right-wing political conservative would argue that black Americans are better off in this country than our so-called homelands.

That’s an inconvenient truth no one wants to discuss. There are 54 countries on the African continent. That’s 54 different destinations for the American dissatisfied to relocate.

Nigeria: I hear it’s great there in the summer.

Sudan: They say the fishing is great there.

Oh, a few of us will visit a handful of the countries. The number willing to relocate permanently is miniscule. You couldn’t get Al Sharpton, Ben Crump, LeBron James, Colin Kaepernick, Randy Moss to leave America with the promise of a dozen virgins, a billion dollars, and an endless supply of Hennessy and weed.

Ginsburg thought the exact same thing as a typical Trump supporter. American black people’s African ancestors suffered an unspeakable atrocity — chattel slavery — and their descendants are experiencing the benefits produced by that suffering.

I thank God that my ancestors weathered the storm and made America live up to the promises made in the Declaration of Independence, the U.S. Constitution, and the Bill of Rights.

When you hear the national anthem, that’s what you should think about — all the people who suffered and died so that you have the right to live free in the land of opportunity. Our system of government and the Judeo-Chrisitian values established in Western civilization created the greatest country man has known.

The New York Times’ 1619 Project won’t change that fact. Neither will critical race theory. Nor will Black Lives Matter, the LGBTQ movement, radical feminists, or the Squad.

Ginsburg told Couric that Kaepernick could love it or leave it. She told him to go back to Africa. Or go find his alleged black daddy. She channeled her inner Donald Trump.

Ginsburg said what most of us believe. She definitely gave voice to what our actions reveal about us. We love America. All of us. Black, white, brown, and everything in between. The people pretending that America’s narrative arc bends toward racial injustice are making that argument to seize power and money.

They’re frauds. Katie Couric is a fraud. She’s an enemy of the people. She doesn’t see herself that way. But she is. So is everyone who chooses deceit over truth. Deceit is the promotion of death, whether you’re lying to yourself or lying to the public.

This morning I saw a story promoted on Twitter that said the see-through outfit Lizzo wore to Cardi B’s birthday party “stole the show.”

This is a polite lie. It’s a polite promotion of a death lifestyle. The American media and Big Tech’s social media apps are trying to tell fat people like me that we’re perfectly healthy and normal. It’s a lie.

The media are lying to us. You can’t sustain a democracy or promote justice on a foundation of lies. You might feel like the police are randomly killing scores of black men. Your feelings aren’t facts. Your feelings lie.

It feels good to Katie Couric and all the other guilt-ridden white liberals to feed black people an endless supply of lies and half-truths. Watching black people die feels good to them. The lucky ones, like George Floyd, get statues, memorials, and multimillion-dollar payouts to their survivors.

Superman is getting a new motto: ‘Truth, Justice and a Better Tomorrow’
Seattle Police Fired Over the Vaccine Mandate Are Out Feeding the Homeless and Poor (VIDEO)
‘Paid leave should be a national right’ Megan Markle says in letter to Nancy Pelosi, Chuck Schumer
Left Irate After Biden’s Supreme Court Commission Submits First Draft
To entice 12- to 17-year-olds to get vaccinated, Minnesota offers $200 Visa gift cards, chance to win $100,000 college scholarship