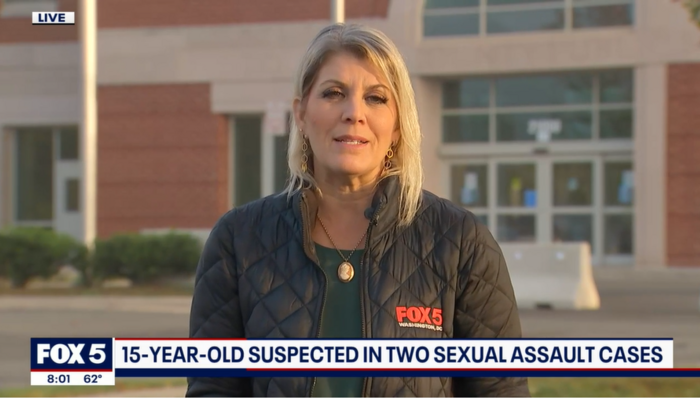 If we sat in a boardroom and tried to decide the kind of story that the liberal media are the most hostile to covering – hostile to the point of wishing it had never existed –  it might be this: teenage boy describing himself as “gender fluid” accused of raping a girl in a high-school bathroom.

This is a story that any liberal media outlet would want to spike, censor, ignore, squelch, and bury six feet underground. It’s a vivid illustration of what liberals consider a false stereotype. They assume automatically, ideologically, this could never happen — that a sexual predator would proclaim himself gender-fluid and enter a bathroom or locker room to commit a sex crime. 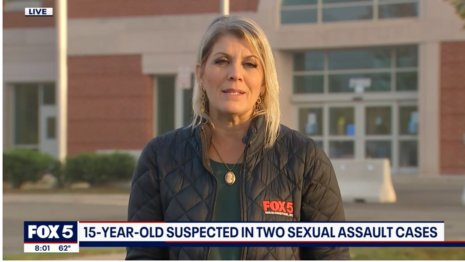 The Daily Wire broke this story. Fox News went wide with it. The liberal networks did nothing. At Stone Bridge High School in Loudoun County, Virginia – where the school board’s policy on “gender expression” is highly controversial with parents – a 9th grade girl was allegedly raped in a school bathroom by a so-called gender-fluid male student wearing a skirt.

This occurred on May 28. On June 22, as parents protested the county’s gender policies, Scott Smith, the parent of the allegedly assaulted girl, was arrested during a Loudoun County school board meeting as he attempted to speak. The video went viral. At that meeting, school board member Beth Barts typically painted bathroom-safety concerns as paranoia. Superintendent Scott Ziegler replied “To my knowledge, we don’t have any record of assaults occurring in our restrooms.

This was obviously false, but school officials concealed it. On Fox’s The Ingraham Angle, Smith said he didn’t go public with his daughter’s plight because he was told it would prevent justice in her case.

On October 6 came the newest outrage. The boy in the Stone Bridge incident was charged with sexual battery and abduction for another incident in a different Loudoun County high school after police say he forced a girl into an empty classroom. On October 14, the school board insisted in a statement that “members of the Loudoun County school board were not aware of the specific details of this incident until it was reported in media outlets earlier this week.”

The Washington Post arrived on the scene late in the evening of October 13. Despite having a story with three reporter bylines, the Post still ignored crucial context. There was no mention of a “gender-fluid” offender, or any mention of the conflict in county school board meetings over their politically correct “gender expression” policy.

Back in August, the Post quoted school board member Ian Serotkin telling the conservatives they weren’t against bullying: “You seem to imply that bullying and harassment of our LGBTQ students is a thing of the past. I don’t know how you can say that with a straight face, I’m sorry.”

We understand that it’s now considered “bullying” to resist using the new names or pronouns selected by the gender-nonconforming. But how can the anti-bullying forces not be sensitive to sexual assault of students? Let’s ask them: Who is “marginalized” in a rape?

The national media are very selective in covering local crimes. Stories of police brutality can quickly become an enormous national cause, but brutality against police is not (unless it was January 6). A horrible abortionist’s malpractice is a local story, but restricting access to abortion anywhere goes national. This shocking assault doesn’t match the LGBTQ “narrative.” In fact, it’s the exact opposite. Bias by omission seems mandatory.

Whatever Happened to ‘Scranton Joe’?
Happy Thanksgiving, from all of us to you
Joe Biden: The George Costanza of Presidents
Friends in High Places
Looters Hit LA Home Depot, Bottega Veneta on Black Friday