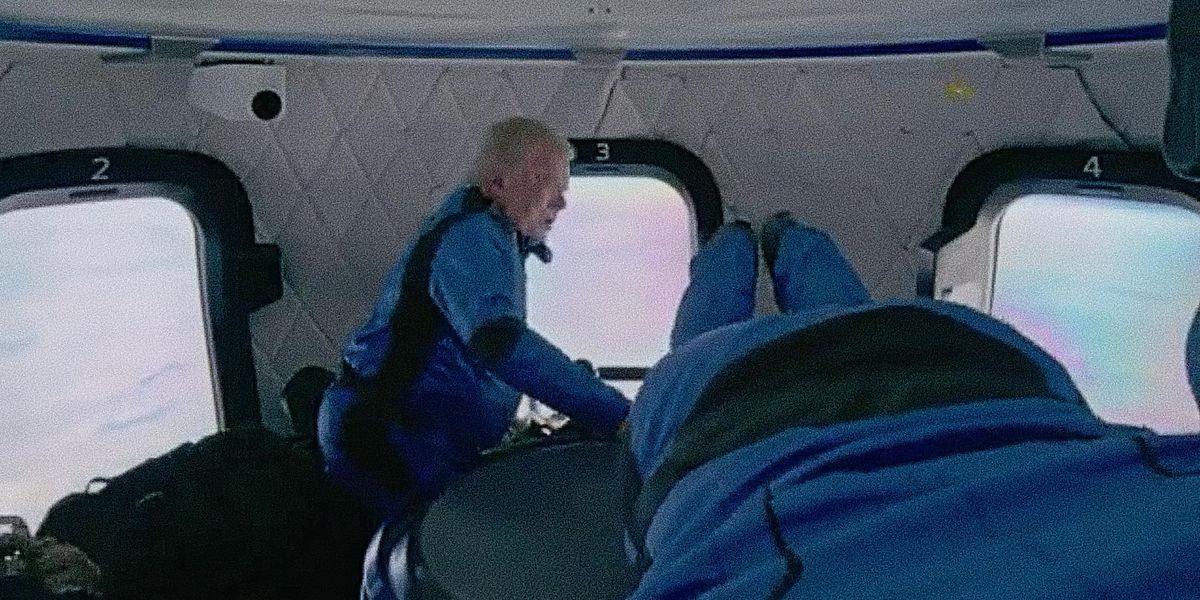 Legendary actor William Shatner became the oldest person to travel to space earlier this week, and his reaction was nothing short of priceless.

Shatner, who famously portrayed Captain James T. Kirk in “Star Trek,” was blown away by his first space trip.

In the now-viral clip, Shatner can be heard saying, “Weightlessness! Oh, Jesus. … No description can equal this. Wow.”

According to People, Shatner told Jeff Bezos, Blue Origin founder, that the trip was unlike anything he ever imagined or experienced.

“I hope I never recover from this. I hope I can maintain what I feel now,” he said. “I don’t want to lose it. It’s so, so much larger than me. It has to do with the enormity and the quickness and the rudeness of life and death.”

He continued, “What I would love to do is communicate as much as possible the jeopardy, the moment you see the vulnerability of everything. It’s so small. This air which is keeping us alive is thinner than your skin. It’s a sliver. It’s immeasurably small when you think in terms of the universe. I am overwhelmed. I had no idea.”

On Thursday, Shatner added that everything “just stood still” when he arrived in space on the suborbital mission.

“When I was there [in space], everything I thought might be clever to say [about the trip] went out the window,” he admitted. “I was overwhelmed with the experience, with the sensation of looking at death and looking at life. It’s become a cliché of how we need to take care of the planet, but it’s so fragile. I was struck so profoundly by it.”

This was the voyage of the RSS First Step today. Its mission: encounter Earth from incredible views at apogee https://t.co/Gzsnkv97K9