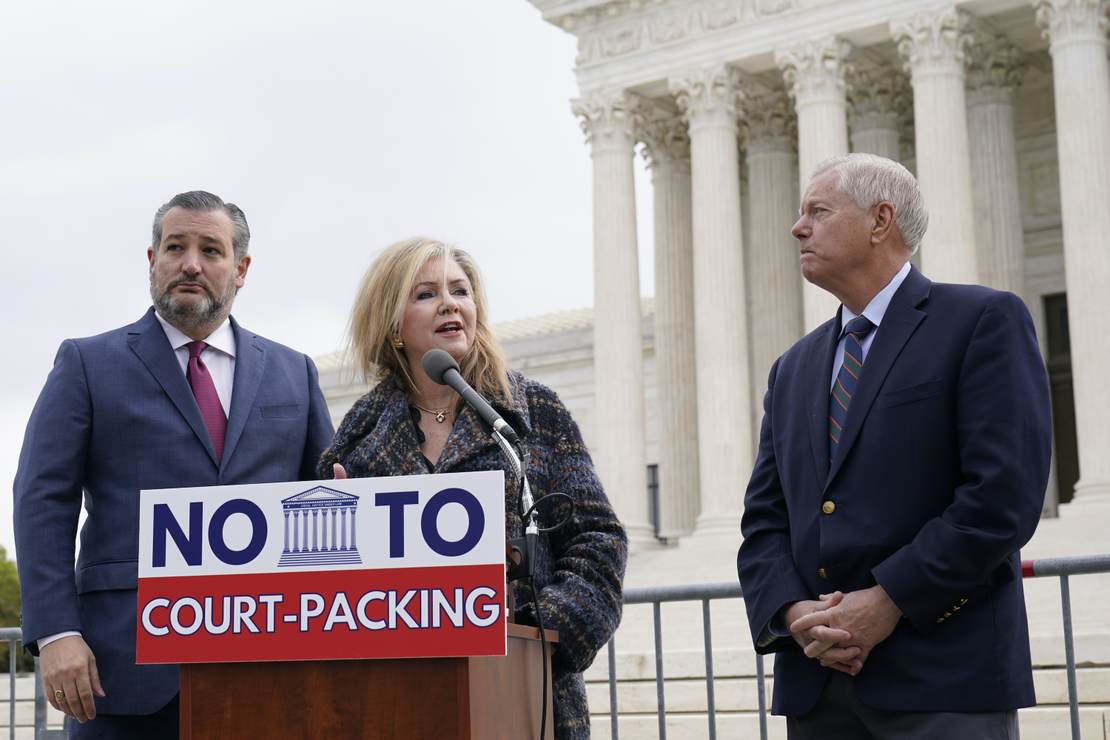 After continually punting on his views about expanding the Supreme Court, and under pressure from his left flank, President Joe Biden formed a “bipartisan commission” to study reforms six months ago.

While the panel agreed Congress has legal power to expand the Supreme Court, the group is divided on whether lawmakers should do it, though the irate left-wing reaction to the release appears to suggest that the commission is wary to recommend expansion.

There are a variety of reforms that should be advanced, including changing the composition of #SCOTUS to remedy the Right’s packing of the Court, ending life tenure, and ensuring the Court cannot use the shadow docket as an express way to thwart civil rights and liberties. https://t.co/vvWgLTgY7z

I will be on @NewDay on @CNN in a little bit to talk about the absolutely useless Biden SCOTUS commission report, and why the whole thing is designed to produce no change.

The draft explained that “there is no guarantee that a larger Court would be drawn from a more diverse group of individuals. And a larger court may be less efficient than the current complement of justices.”

The commissioners also wrote that “rather than calm the controversy surrounding the Supreme Court, expansion could further degrade the confirmation process. There could be significant battles over any Justice added by a Court expansion measure.”

The commission mentioned polling that indicates the public does not favor court expansion, while noting that expanding the court might lead to a “continuous cycle of future expansions.”

One court reform proposal that gained broad support is term limits for justices; another idea as an alternative to expansion is a rotating system, whereupon judges rotate between the Supreme Court and lower federal courts.

“The Supreme Court commission’s release of ‘discussion materials,’ together with today’s hearing to, well, discuss those materials, can be seen as a trial balloon ahead of next month’s release of the final report,” Ilya Shapiro, vice president of the Cato Institute and author of a recent book documenting Supreme Court history, exclusively told PJ Media. “To mix metaphors, the heavily left-leaning and academic commission is setting the stage and softening the ground for a final tome that will be long on historical and analytical content but short on policy solutions. Far from being the ‘court-packing commission’ of conservative lore, it’s actually an intellectual response—and pushback—to progressive demands for radical restructuring in light of a supposed crisis of legitimacy. On the big-ticket items, it’s not surprising the commission both warns that expanding the Court would further politicize it and generally agrees that term limits could have a salutary effect, but would require a constitutional amendment. Ultimately, both these preliminary materials and the final report are beside the point as a matter of policy because the complaints that led to the commission’s creation can’t be resolved by tweaking structure or process.”

Supreme Court Justice Stephen Breyer recently warned against the reforms, cautioning that a move could diminish public faith in the institution.

“One party could do it, I guess another party could do it. On the surface, it seems to me that you start changing these things around, and people will lose trust in the court,” the Court’s elder statesman told “Fox News Sunday” last month.

The draft comes as a new Supreme Court term commenced in October and justices are set to review a number of big cases, including challenges to abortion rights and gun laws.

Fauci Admits He Has No Idea What to Do About Thousands of Migrants Entering US With COVID
‘Nothing is off the table’: Psaki does not rule out potential for vaccine or testing mandate for domestic air travel
Kevin Hart defends Dave Chappelle and says cancel culture has gone too far
Biden Admin Considering Stricter COVID-19 Testing For All Travelers to U.S., Including Returning Americans: Report
‘This WILL bring darkness’: Glenn Beck warns ‘new global religion’ being formed right NOW