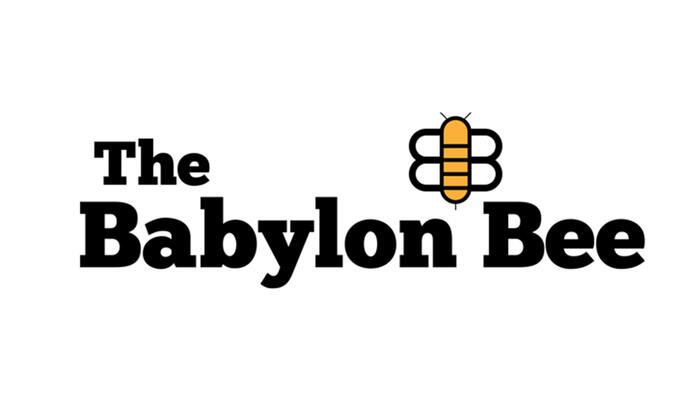 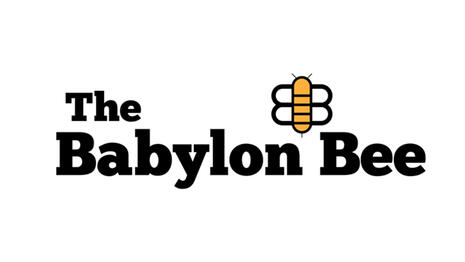 Lefty magazine The Atlantic published an interview with massively popular Christian satire site The Babylon Bee on Thursday, which turned out to be hilarious for all the wrong reasons. Religion writer Emma Green tried to guilt-trip Bee editor-in-chief Kyle Mann for mocking leftists (though she seemingly had no problem with the satire site’s self-deprecating jokes about the evangelical church.)

Green was so uptight about jokes aimed at the left, that Mann was actually forced to explain what self-evident jokes about Trump-deranged Democrats meant.

The article entitled, “The Christians Who Mock Wokeness for a Living” started off friendly enough with typical informational questions.

But after Mann admitted that their writers had to be shrewd in when they provoke “lefty Twitter,” the conversation got more pointed.

Green tried to railroad him for the Bee’s scathing joke about Democrats being so crazed by Donald Trump, that they went into mourning when his orders took out a terrorist:

GREEN: You guys wrote an article in January 2020 that was shared roughly 3 million times, claiming that Democrats called for the American flag to be flown at half-staff when the Iranian general Qasem Soleimani was killed in an American strike. What makes this funny? I know that’s the worst question to ask somebody who writes jokes.

MANN: It’s funny because General Soleimani died and then they called for flags to be flown at half-mast. Get it?

GREEN: But that’s what I’m saying. Besides just saying the joke again, what makes it funny?

MANN: Do you want me to explain the joke to you? Because the joke is that General Soleimani died and Democrats were sad. If you don’t know why that’s funny, then you’re not the audience for the joke. The funniest part is that it got fact-checked because it was so believable that Democrats would do that. That’s a real honor.

And Mann was right, as you can see in our coverage of how the left-wing media and Democrats reacted to Soleimani’s death.

Afterwards, Green still didn’t get it. “It sounds like this is a Supreme Court and pornography thing: You know it when you see it. You either laugh or you don’t, and if you’re in the don’t category, we can’t help you,” she conceded.

Shortly after, Green berated Mann for a joke she didn’t like, again. This time it was about how racist leftists can be [click expand]:

GREEN: I want to talk about one of the drawings in your new book—one at the beginning of Chapter 2, which is about race. It has three little stick figures: one that’s peach-colored that says “bad”; one next to it that’s gray that says “better”; and one to the right that says “best.” That one is black.

Why do you think that is funny?

MANN: Well, it’s because being peach is not good. Being gray is better. And being black is best.

GREEN: Right, but you’re not just talking about stick figures. You’re making a joke about how progressives think about the hierarchy of race.

MANN: I’m not going to sit here and deconstruct and explain every joke to you. We’re taking this ridiculous position in order to mock something—to make fun of this idea that your skin color matters in setting up a hierarchy of the oppressed versus oppressor class. If you really don’t get the joke, I can’t help you.

The obtuse interviewer also hit the Bee editor over the head about his “ethical responsibility” to tell factual jokes. Yes, really. Mann had a good answer for that as well, even pointing out the infamous SNL Sarah Palin skit:

GREEN: But I want to ask about the fact-checking part. I don’t think the reason Snopes fact-checked it was because it was so plausible. I think it’s because it was being shared millions of times. What if people did believe it was real? Do you worry about that, regardless of how many times you make it clear that you’re a satire publication?

MANN: Not really. Comedy has been mistaken for reality for years. We write for Facebook and Twitter. What makes the comedy work is that when someone’s scrolling through their newsfeed and they read a Babylon Bee headline, they’re not prepared to laugh. They’re prepared to consume a news article or an editorial or an op-ed. Then they do a double take and go, “Wait a minute …”

GREEN: Does that impose any ethical responsibility on you?

MANN: Not any more than any other comedian whose joke gets mistaken for reality. Does SNL bear responsibility because people still think Sarah Palin said she could see Russia from her house?

After repeatedly trying and failing to shame the Bee, Green ended the interview lecturing the Christian website for being…un-Christian. (Funny how the media doesn’t ever lecture progressive Christians for not following the Bible on social issues.)

“Do you feel like your work at The Babylon Bee helps you live out what you see as the image of Jesus in the Bible?” she asked, following up with, “Jesus certainly calls out those who are powerful and strong, like in the Sermon on the Mount, but that doesn’t feel the same as taking a swipe at people who are weak and vulnerable.”

To The Atlantic, the Bee mocking the woke media, progressive Democrats and literally every major institution in the country that leans left is attacking the “weak and vulnerable.”

You can read Mann’s response to Green in the full interview here.