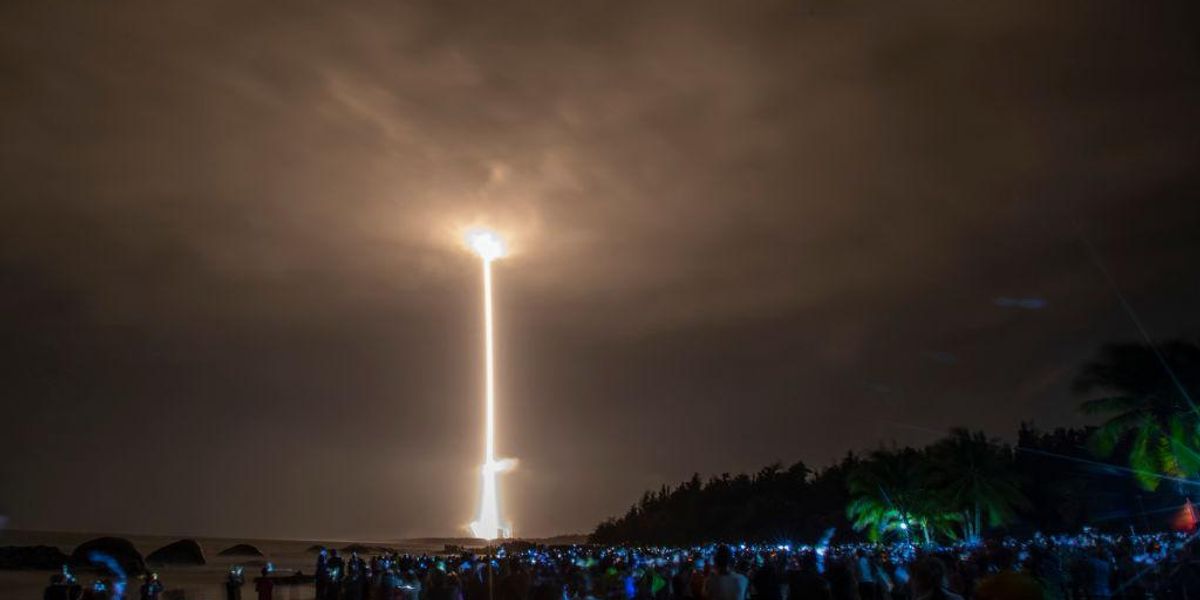 China launched a nuclear-capable hypersonic missile into space that circled the Earth, according to a new report. The new weapon purportedly caught U.S. intelligence personnel by surprise.

In August, China reportedly concealed the launch of a Long March rocket, which is operated by the China National Space Administration. The Long March rocket was allegedly used to launch a hypersonic glide vehicle into low-orbit space.

While the hypersonic glide vehicle was in low-orbit space it circled the Earth before cruising down toward its target.

“The missile missed its target by about two-dozen miles, according to three people briefed on the intelligence,” the Financial Times reported. “But two said the test showed that China had made astounding progress on hypersonic weapons and was far more advanced than U.S. officials realized.”

“We have no idea how they did this,” an unnamed U.S. official told the outlet.

A Chinese security expert close to the People’s Liberation Army said the weapon was being developed by the China Academy of Aerospace Aerodynamics, a state-owned entity that makes missile systems and rockets for the country.

Ratheon notes that “hypersonic weapons travel in excess of five times the speed of sound—Mach 5—covering vast distances in minutes.”

Taylor Fravel — an expert on Chinese nuclear weapons and professor at MIT — told Fox News that it would be “destabilizing” if China fully developed hypersonic glide vehicles.

“Hypersonic glide vehicles…fly at lower trajectories and can maneuver in flight, which makes them hard to track and destroy,” Fravel said.

Last year, Pentagon Under Secretary of Defense for Research and Engineering Michael Griffin said that developing hypersonic capabilities was “the highest technical priority.”

However, the Pentagon said last week that developing hypersonic weapons was currently too expensive and instead defense contractors should try to “drive toward more affordable hypersonics,” Reuters reported.

The Pentagon’s budget request in the 2022 fiscal year for hypersonic research was $3.8 billion which was up from $3.2 billion the year before.

Russia is working on its Avangard hypersonic glide vehicle, a nuclear-capable, hypersonic boost-glide vehicle that is said to be capable of flying 27 times faster than the speed of sound and could carry a nuclear weapon of up to 2 megatons.

The report of the new weapon comes as tensions rising between China and the United States. Chinese military condemned the U.S. and Canada on Sunday for each sending a warship through the Taiwan Strait last week. China claimed that actions threatened peace and stability in the region, according to Reuters.

Beginning on Oct. 1, China has flown 150 aircraft into Taiwan’s air defense identification zone as a provocation.