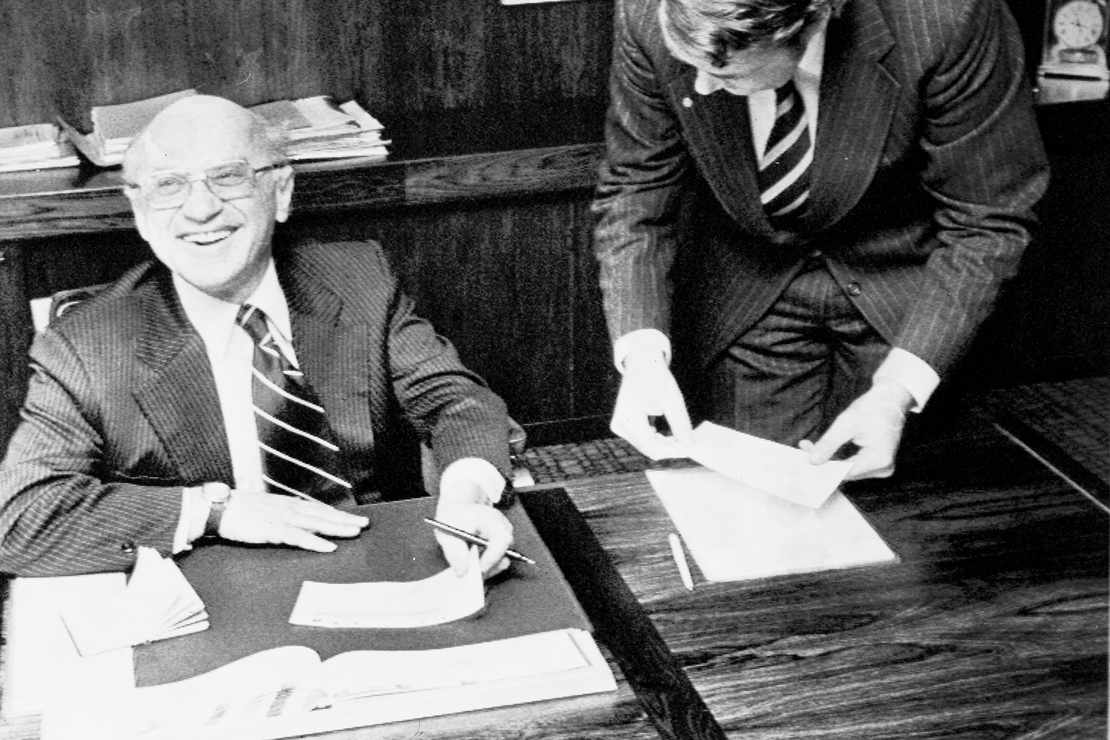 In April of last year, when Biden’s $5 trillion “Build Back Better” scheme was first percolating in dark, shriveled mass that was once his frontal lobe, the then-candidate told POLITICO he wanted “a new stimulus ‘a hell of a lot bigger’ than $2 trillion.”

“When did Milton Friedman die and become king?” Biden asked in 2019. The truth is that Friedman, who died in 2006, has held little sway over either Democrats or Republicans for almost two decades. But Biden wants to mark the definitive end of Friedman and the “neoliberal” economics he espoused by unleashing a tsunami of dollars into the global economy and inundating Americans with new entitlements.

Perhaps Biden was thinking, if you’ll indulge me for implying he can do such a thing, of Friedman’s observation that “Inflation is always and everywhere a monetary phenomenon.”

What Friedman meant was, prices rise and fall according to all kinds of market forces, but inflation is what happens when government prints money faster than the economy generates new wealth.

We’ve been printing money by the trillions, and Biden wants to increase that by endless trillions more — all while using the federal bureaucracy to impede the creation of new wealth.

It’s a recipe for inflation, and anyone sensible — including Democratic economist Lawrence Summers — has been warning Biden of just that.

This brings us to what I now think of as the “tyranny of tiny minds.”

The thing is, Friedman was never running the show. He was never President of the United States or Chairman of the Federal Reserve or King of the World.

All Friedman did was more accurately than anyone before him, describe how economics works.

It was all pretty simple stuff, too. Friedman used to say, “Everything we know in economics we teach in Econ 1, and everything else is made up.”

But that’s not enough for a tiny mind like Joe Biden’s.

It’s apparent from Biden’s grudge against Friedman — ie, against economic reality — that Biden sees a different world than Friedman did.

Friedman saw a world that worked by natural laws, discoverable by man.

Biden sees a world that conforms to the will of whatever Big Man is in charge of it. If the Big Man wants to spend trillions we don’t have without any ill effects, then that’s what the Big Man gets.

Hence, “The tyranny of tiny minds.”

But reality — in this case as described by Milton Friedman — always gets the last laugh.

And when it’s laughing at someone like Biden, you can bet it’s a cold, bitter laugh.

Also for our VIPs: ESPN Tries to Mandate Vaccine on Allison Williams Despite ‘Advanced Maternal Age,’ She Quits

Is Trump Having a Kanye-like Meltdown?
2 former Democrat public officials who pleaded guilty to vote-buying conspiracy sentenced to prison
The Dynamic of the Iran Protests is Changing as Armed Conflict Ignites in Separatist Regions
Florida man attempted to steal from Walmart during ‘Shop with a Cop’ Christmas event, cops say: ‘Bad idea, Brad’
Leftist heads explode over Elon Musk’s release of ‘The Twitter Files,’ journalist Matt Taibbi attacked: ‘Selling your soul for the richest white nationalist on Earth’