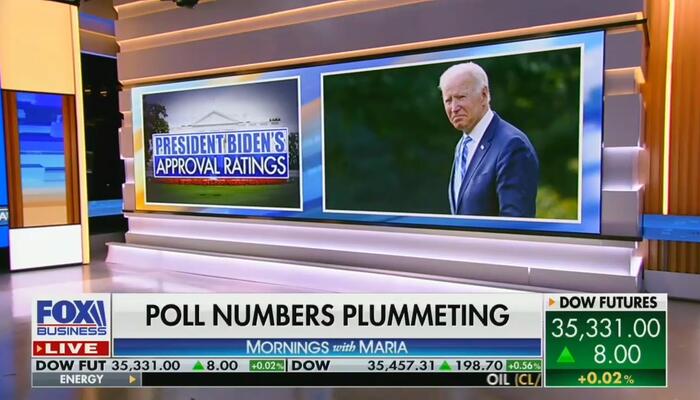 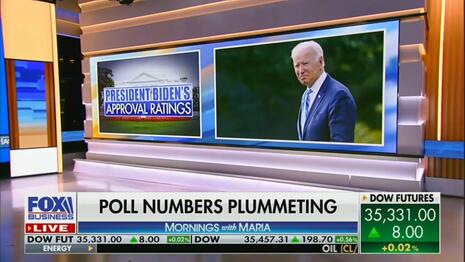 The Joe Biden presidency is collapsing and the networks don’t want you to know about it. Two just-released polls have found the Democrat at record lows. But between the evening newscasts on Tuesday and the morning shows on Wednesday, offered zero coverage of the very bad news for Biden.

According to Quinnipiac, the President sits at 40 percent approval. It’s even worse for the Grinnell College poll, showing Biden at just 37 percent approval and 50 percent disapproval. Both are respected polling companies and included in the Real Clear Politics Average of polls. (The new numbers can be found here.)

Again, you wouldn’t know that if you watched ABC, CBS or NBC. It’s not as though Good Morning America’s Jon Karl wasn’t aware of at least one of the polls. He cited Quinnipiac, but only the outfit’s numbers on Donald Trump: “A new poll from Quinnipiac found that 78 percent of Republicans want Donald Trump to be president again in 2024.” That amounted to just 8 seconds on the network.

In contrast, Fox Business’s Maria Bartiromo highlighted the bad news on Wednesday, noting, “When asked about the most urgent issues facing America, the top answers were the economy, Covid-19, immigration and health care.” Those are subjects that mostly look bad for Biden.

In case you need a stark reminder of what the networks are ignoring, take a look at the RCP red disapproval line for Joe Biden. It has shot up from 36 in January to 51 percent now. 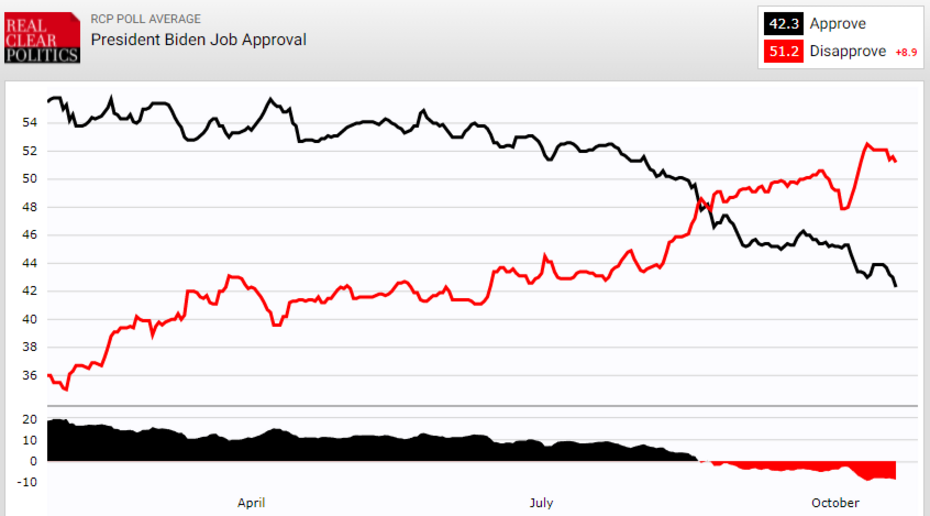 The censoring of Biden’s polling collapse was sponsored on CBS by JCPenney, on ABC, it was Amazon, on NBC, it was Dove. Click on the links to let them know what you think.

Poll Shows Democrats Are Terrified of the Omicron Variant – Republicans Can Not Care Less
Piers Morgan says Dr. Fauci should ‘put his ego away … and shut the f*[**] up’
Comedian canceled by venue for ‘inappropriate jokes’ gets last laugh
Defense Argues Jussie Smollett’s ‘Attackers’ Motivated by Homophobia in Flailing Cross-Examination
A Pennsylvania Senate Ad against Biden’s Spending Plan