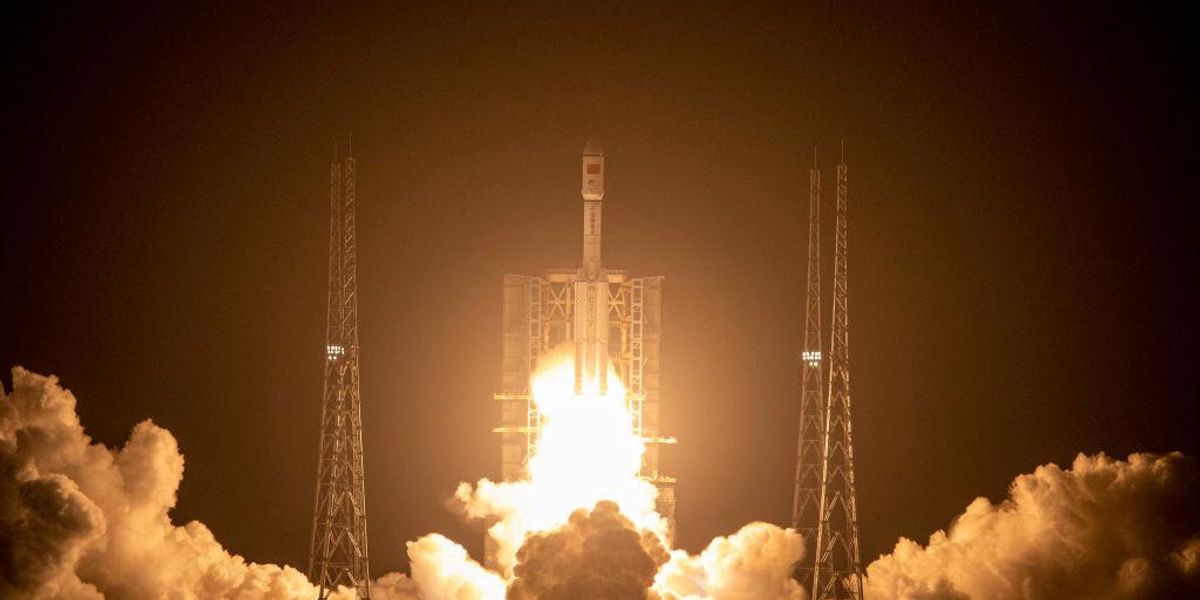 There was an eye-opening report released this week that in August China launched a nuclear-capable hypersonic missile into space that circled the Earth before cruising down within 24 miles of its target. The report from the Financial Times claimed that U.S. intelligence personnel were caught by surprise by the weaponry.

There is a new report from the Financial Times newspaper alleging that there was not just one launch of a hypersonic glide vehicle, but two different launches of the new hypersonic missile. China reportedly launched two secret hypersonic glide vehicles onboard a Long March rocket — which is operated by the China National Space Administration — on July 27 and on Aug. 13. The rocket ferried the HGVs into low Earth orbit, where the weapons stayed in orbit until they got close to their targets.

The original FT report stated that two U.S. intelligence officials said, “The test showed that China had made astounding progress on hypersonic weapons and was far more advanced than U.S. officials realized.”

However, there are other reports claiming that the delivery system was technology first introduced by the Soviet Union during the 1960s. During the Cold War-ear, the Soviets developed began developing a “fractional orbital bombardment system” — or FOBS.

In the 1950s and 1960s, the United States established a thorough missile defense system to detect any nuclear-capable intercontinental ballistic missiles launched from the USSR. To evade America’s radar system, the Soviets started developing a missile system that could strike the U.S. from orbit.

The Soviets realized missiles tipped with nukes that were already in orbit at the time of a conflict with the U.S. would have reduced flight time and give the Americans less warning time to react — making the weapons extremely difficult to shoot down.

China appears to have stolen the Soviet’s fractional orbital bombardment system, but upgraded the missiles to a hypersonic glide vehicle.

Hypersonic glide vehicles (HGVs), like all weapons delivered by medium- and longer-range rocket boosters, can travel at speeds of at least Mach 5, or about 1 mile per second. The key difference between missiles armed with HGVs and missiles armed with ballistic reentry vehicles (i.e., those that travel on a ballistic trajectory throughout their flight) is not their speed, but their ability to maneuver and change course after they are released from their rocket boosters. In addition, although it is not necessary, many concepts for the delivery of HGVs presume that the boosters will launch along a flatter, or depressed, trajectory than standard ballistic missiles, and will release their gliders at a lower altitude of flight.

Hypersonic glide vehicles have no range limit since they are floating in orbit.

ICBMs can fly up to 20 times the speed of sound (Mach 20), or approximately 15,000 mph, compared to HGVs that travel around Mach 5, or approximately 3,800 mph. However, the HGVs are more maneuverable, plus have a lower and flatter trajectory than ICBMs – making them harder to detect by radar systems and giving less reaction time for missile defense systems. Because of the flatter trajectory, it is significantly more difficult to gauge the hypersonic glide vehicle’s target location.

An ICBM travels in a really big arc—the apogee (top of the arc) for an ICBM going from Russia to the United States is about 1,300 kilometers (800 miles) above the Earth. The Soviet FOBS entered orbit at a much lower altitude, a few hundred kilometers, which meant it would arrive in the United States about 10 minutes quicker. And since it is impossible to tell where the FOBS will impact until it deorbits, the precise target would have only a few minutes of warning.

Lewis notes that a FOBS attack on the U.S. from the South Pole could be disastrous.

“The system in Alaska wouldn’t even see such a missile, let alone have a shot at it, and coverage from U.S. space-based missile warning assets is a little spotty over South America,” Lewis asserts. “China could also just build bigger ICBMs to deliver warheads over the South Pole, but orbital bombardment gets those warheads to U.S. soil much faster.”

During a conference in April, Commander of North American Aerospace Defense, General Glen VanHerck, acknowledged the potential danger of a FOBS attack, “Simply stated, the missiles and delivery platforms now in the hands of our competitors present a significant challenge to our legacy warning and assessment systems and defensive capabilities.”

“Highly advanced cruise missiles, hypersonic missiles, and stealthy delivery platforms provide our competitors with the ability to hold targets in the homeland at risk with conventional weapons,” VanHerck added.

Secretary of the Air Force, Frank Kendall, warned in September, “There is a potential for weapons to be launched into space, then go through this old concept from the Cold War called the Fractional Orbital Bombardment System, which is a system that basically goes into orbit and then de-orbits to a target.”

On Wednesday, President Joe Biden said he is concerned about Chinese hypersonic missiles.

On Monday, Sen. Angus King of Maine stated, “Hypersonic weapons are strategic game-changers with the dangerous potential to fundamentally undermine strategic stability as we know it. The U.S. cannot lag in this development or allow for blind spots as we monitor the progress of our competitors.”

Lewis points out that the downsides of FOBS include inaccurate reentry from orbit, the amount of resources it takes to get the HGV in orbit, “plus a nuclear warhead has to carry a small rocket stage to get it back down again, which meant it couldn’t carry more than one warhead.”

You can learn more about how the Soviets developed the fractional orbital bombardment system in the Cold War-ear in the video below.