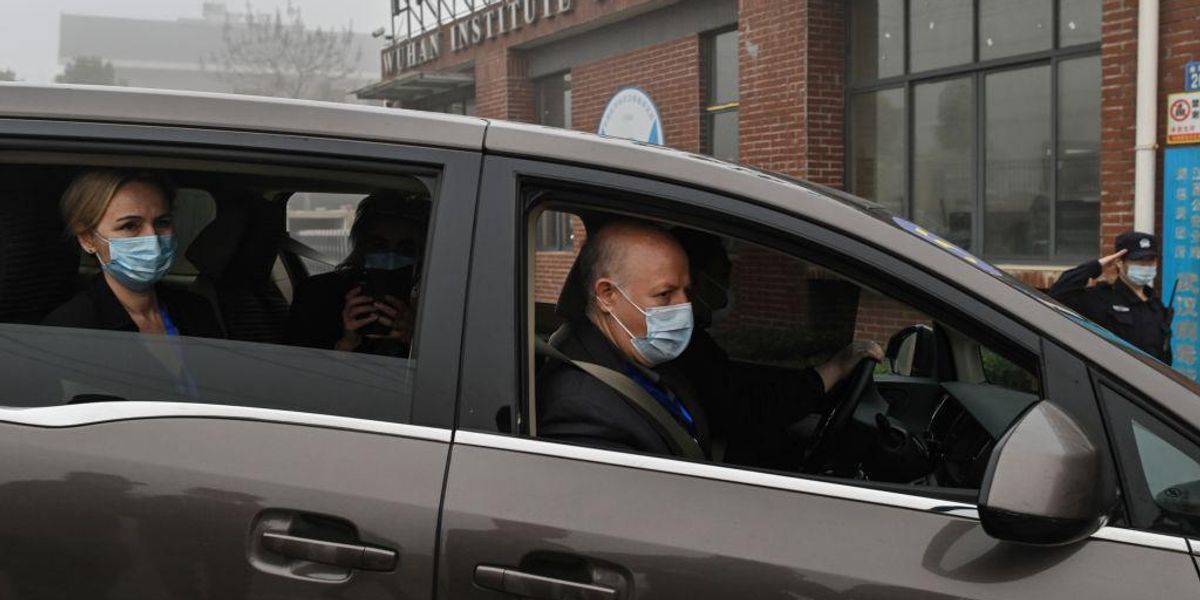 New evidence has emerged that EcoHealth Alliance, a U.S. nonprofit that studies infectious diseases, and its research partners at the Wuhan Institute of Virology in China worked together on risky virus experiments that violated the terms of a National Institutes of Health grant awarded to the organization.

In September, the Intercept reported two grant proposals that were submitted to the NIH’s National Institute of Allergy and Infectious Diseases by EcoHealth Alliance. One of those grants, for a five-year project called “Understanding the Risk of Bat Coronavirus Emergence,” appeared to show that researchers at the Wuhan lab were conducting experiments with bat coronaviruses that made those viruses more transmissible — which several experts told the news outlet fit the basic definition of gain-of-function research. Federal funding for such research was banned when the grant proposal was submitted, but the NIH granted an exemption and approved this grant.

When the NIH initially turned over documents detailing the grant proposal to the Intercept after a lawsuit earlier this year, the outlet said a progress report for the grant’s fifth and final funding year was missing. Yesterday, the missing documents were provided to the Intercept and to Rep. James Comer (R-Ky.), who had inquired about the status of the progress report for the 2018-19 grant period.

NIH Principal Deputy Director Lawrence Tabak wrote in a letter to Comer that EcoHealth Alliance submitted the progress report in August 2021 “in response to NIH’s compliance enforcement efforts,” but did not explain why this “progress report” was submitted two years after the final grant period concluded.

The Intercept reported that the documents reveal that in the final year of the project, EcoHealth Alliance conducted gain-of-function experiments with clones of the MERS-CoV virus, which caused a deadly viral outbreak of the Middle East respiratory syndrome in 2012:

Yesterday, the NIH provided that missing report for the period ending May 2019, which was inexplicably dated August 2021. That summary of the group’s work includes a description of an experiment the EcoHealth Alliance conducted involving infectious clones of MERS-CoV, the virus that caused a deadly outbreak of Middle East respiratory syndrome in 2012. MERS has a case-fatality rate as high as
35 percent, much higher than Covid-19’s. The scientists swapped out the virus’s receptor-binding domain, or RBD, a part of the spike protein that enables it to enter a host’s cells, according to the report. “We constructed the full-length infectious clone of MERS-CoV, and replaced the RBD of MERS-CoV with the RBDs of various strains of HKU4-related coronaviruses previously identified in bats from different provinces in southern China,” the scientists wrote.

“Changing the receptor binding site on MERS (from DPP4 to ACE2) is sort of crazy,” wrote Jack Nunberg, a virologist and director of the Montana Biotechnology Center at the University of Montana, in an email to The Intercept after reviewing the documents. Nunberg described the experiment as “definitely gain of function,” or experiments that may increase the transmissibility or virulence of pathogens, because it gave the virus “a new receptor, a new host range, and unpredictable properties.” A virus’s host range is the range of species and cell types it is able to infect. The researchers’ intent, which some scientists consider integral to defining gain-of-function, remains unclear.

In his letter to Comer, Tabak doesn’t mention MERS and describes the experiment as “limited.” He states that “EcoHealth Alliance was testing if spike proteins from naturally occurring bat coronaviruses circulating in China were capable of binding to the human ACE2 receptor in a mouse model.”

EcoHealth Alliance has previously denied that the research covered in the NIH grant included work with “potential pandemic pathogens” and claimed that the viruses studied were bat viruses, not human viruses. “But MERS is known to infect and spread in humans, and was specifically designated under the NIH’s former pause on funding gain-of-function research of concern,” the Intercept reported.

Tabak acknowledged that the research detailed in the documents appears to violate the terms of EcoHealth Alliance’s NIH grant.

Between 2014 and 2017, the federal government issued a moratorium on funding for gain-of-function research experiments with potential pandemic pathogens because of concerns that making these diseases more transmissible could be disastrous in the event of a lab accident. In 2017, the Department of Health and Human Services lifted the moratorium after creating a framework known as P3CO to review gain-of-function research proposals and provide oversight.

The award EcoHealth Alliance received stipulated that if experiments conducted showed unexpected results that met the definition of restricted gain-of-function research, the non-profit was to “stop all experiments with these viruses and provide the NIAID Program Officer and Grants Management Specialist, and Wuhan Institute of Virology Institutional Biosafety Committee with the relevant data and information related to these unanticipated outcomes.”

As previously reported by the Intercept, an earlier experiment EcoHealth Alliance conducted with NIH grant money involved mice that had been genetically engineered to contain an enzyme receptor found in human cells. Scientists infected these “humanized mice” with bat coronaviruses that had been altered with parts of other viruses. Some of the results showed that the engineered viruses spread far more quickly in the mice than the original bat coronaviruses — meaning the artificial disease had become more transmissible among the humanized mice, which would appear to meet the NIH’s definition of gain-of-function research.

Tabak said EcoHealth Alliance’s research plan “was reviewed by NIH in advance of funding, and NIH determined that it did not fit the definition of research involving enhanced pathogens of pandemic potential (ePPP) because these bat coronaviruses had not been shown to infect humans. As such, the research was not subject to departmental review under the HHS P3C0 Framework.”

He added that “out of an abundance of caution,” the terms and conditions of the award included the language requiring EcoHelath Alliance to report any unexpected results as an “additional layer of oversight.” But the findings of the MERS gain-of-function experiment weren’t reported until the progress report was submitted in August 2021, two years after the final year of the grant period.

“EcoHealth failed to report this finding right away, as was required by the terms of the grant. EcoHealth is being notified that they have five days from today to submit to NIH any and all unpublished data from the experiments and work conducted under this award,” Tabak wrote.

No explanation was offered for why EcoHealth Alliance was permitted to submit its progress report for 2018-19 two years past due, but the organization has a pattern of flouting the rules set in place to provide oversight of its work. Earlier this month, the Intercept reported that EcoHealth also handed in the 2017-18 progress report for its NIH grant research two years late, in September 2020. Neither the NIH nor EcoHealth responded to the outlet’s request for an explanation.

The revelations in these documents are concerning. EcoHealth Alliance appears to have shown a careless disregard for oversight rules established by the NIH, turning in its work late and making false claims about the kind of experiments it supported in Wuhan with U.S. taxpayer funding.

And facing public scrutiny, NIH leaders have been defensive rather than transparent about the agency’s role in supporting gain-of-function research. Both NIAID Director Dr. Anthony Fauci and outgoing NIH Director Dr. Francis Collins have publicly denied that the NIH ever funded gain-of-function research experiments to make deadly pathogens (like MERS) more transmissible among humans.

The context of those denials is that some have suggested the origins of the COVID-19 pandemic are related to gain-of-function experiments conducted at the Wuhan Institute of Virology and the possibility that the virus was leaked from there or another lab in Wuhan. Fauci has vigorously denied that the SARS-CoV-2 virus, which causes COVID-19, is related in any way to viruses experimented on by EcoHealth Alliance and the Wuhan Institute of Virology or that the NIH funded experiments that created the virus.

Tabak’s letter, and other scientists who spoke to the Intercept, emphasized that the viruses studied in EcoHealth Alliance’s experiments were too evolutionarily distant from SARS-CoV-2 to have mutated into the virus that causes COVID-19.

Public evidence does not suggest that EcoHealth Alliance used NIH grant money to conduct experiments that led to the creation of COVID-19. But the NIH admitted in Tabak’s letter that the agency is not fully aware of all of EcoHealth Alliance’s research.

What other experiments could the NIH have funded without its knowledge?