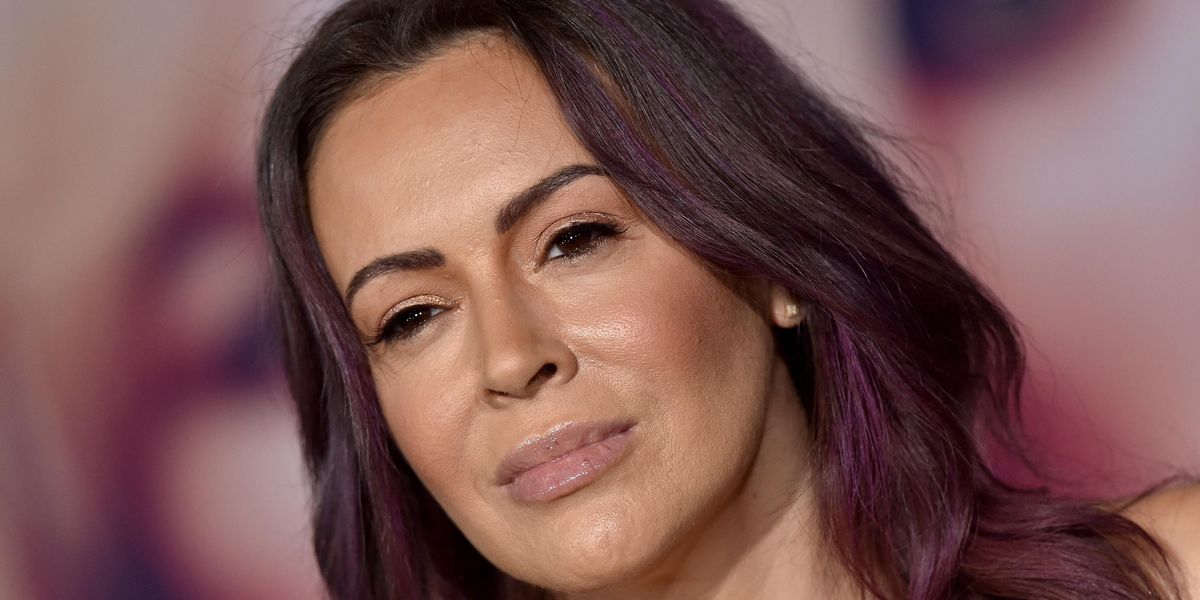 Actress and activist Alyssa Milano says Netflix should yank
Dave Chappelle’s “The Closer” because the content of the comedy special — which she likens to hate speech — is inappropriate amid the current cancel culture climate.

Chappelle has been under fire for political and culturally charged remarks — such as “Gender is a fact” — since the special debuted in September.

Milano was arrested outside the White House on Tuesday while protesting and advocating for voting rights.

The 48-year-old liberal activist was on the streets of Washington, D.C., when a videographer approached her and asked her feelings about Chappelle’s comedy special,
Fox News reported Wednesday.

“I think there’s no room for any hate speech right now in America,” she insisted. “I think Netflix should pull the special, and Dave should actually sit down and have a conversation with people from the community so that they can tell him why they were hurt by it.”

When asked if she believes cancel culture will benefit America in the long run, Milano said, “I think it’s really important to hold people accountable.”

Milano added that the arrest was “worth it” to preserve democracy and vowed to be present to testify before Congress on Thursday at the Equal Rights Amendment hearing.

“I was just arrested for demanding the Biden Administration and the Senate to use their mandate to protect voting rights,” Milano
tweeted Tuesday. “Stand with me and @peoplefor and tell the Senate and White House that voting rights shouldn’t depend on where you live. #DontMuteOurVote.”

I was just arrested for demanding the Biden Administration and the Senate to use their mandate to protect voting ri… https://t.co/tkc0xwLBAK

Some viewers have
called on Netflix to dump Chappelle and remove his specials, but Netflix co-CEO and chief creative officer Ted Sarandos previously said that the freedom of comedic expression must be preserved at all costs.

“Chappelle is one of the most popular stand-up comedians today, and we have a long-standing deal with him,” he said in a memo about the special. “His last special ‘Sticks & Stones,’ also controversial, is our most-watched, stickiest and most award-winning stand-up special to date. As with our other talent, we work hard to support their creative freedom — even though this means there will always be content on Netflix some people believe is harmful.”

Sarandos, however, appeared to backtrack on the remark earlier this week and
said he “screwed up” in handling the ensuing controversy prompted by Chappelle’s special.

“Obviously, I screwed up that internal communication,” he said. “I did that, and I screwed it up in two ways. First and foremost, I should have led with a lot more humanity. Meaning, I had a group of employees who were definitely feeling pain and hurt from a decision we made. And I think that needs to be acknowledged up front before you get into the nuts and bolts of anything. I didn’t do that. That was uncharacteristic for me, and it was moving fast and we were trying to answer some really specific questions that were floating.”

He continued, “We landed with some things that were much more blanket and matter-of-fact that are not at all accurate.

Of course storytelling has real impact in the real world. I reiterate that because it’s why I work here, it’s why we do what we do. That impact can be hugely positive, and it can be quite negative. So, I would have been better in that communication.”

Omicron Rises, but Our Fears Should Not
Election Reform Is a Winning Issue for Republicans
Whitlock: Here’s why Darrell Brooks and the Waukesha massacre must be politicized
The Blake Masters Vision
Biden Regime to Increase US Oil Lease Fees as Gas Prices Soar