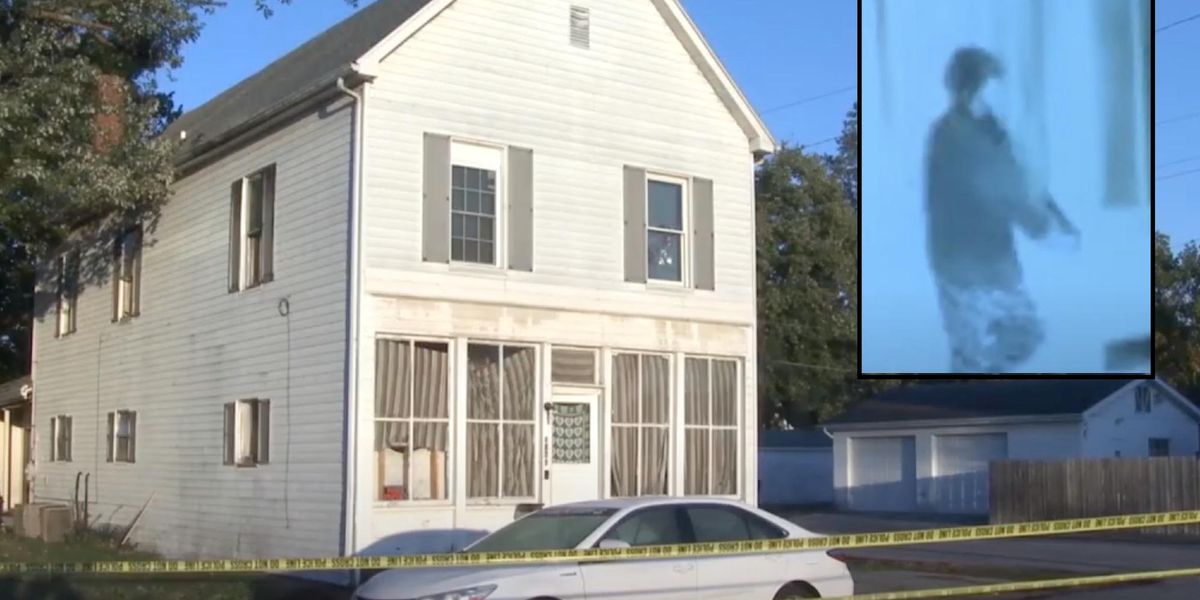 Indiana police said they discovered a gruesome scene inside a home after gunning down a man over a report of a dead body inside.

The shocking incident unfolded in Evansville, a city of about 120,000 people.

Police said a woman flagged down an Indiana State Police trooper at about 11 p.m. Tuesday evening and told him that she had found a dead body at a home. She had been there to help Heidi Kathleen Carter, 36, clean up ahead of a landlord inspection.

She told police that when she went to sit on what she thought was a pile of pillows and blankets, she discovered that she was sitting on what appeared to be a human corpse.

Initially a man at the home didn’t let her leave but she made her escape and caught the attention of police.

Police said that when they went to the home Carter was outside and she told them other people were still inside the house. When they called for them to come out, a man came out with what appeared to be a gun. He pointed it at the police and they shot and killed him.

The object turned out to be metal or plastic material twisted into a gun-like shape. Police believe the incident was a “suicide by cop.”

After entering the home, they discovered what has been described as a house of horrors.

According to the affidavit reported by the Indianapolis Star, Carter asked the two victims to come to her home after finding them on a dating app.

The three engaged in sexual acts after drinking alcohol and using drugs, police say, but they were caught by the male suspect who returned home and assaulted the pair.

Carter reportedly told police that she was only pretending to help in order to appease the male suspect, and at one point she told the victims that he “knows someone in Indianapolis who knows how to get rid of a dead body.”

The female victim was hospitalized but her condition was not divulged by police.

Carter was booked into the Vanderburgh County jail and charged with murder, rape, confinement, and abuse of corpse.

Police said there were also two teenage children in the house in the upstairs rooms. The male suspect had said they were his children. They were unharmed.

Here’s a local news report about the shocking incident: