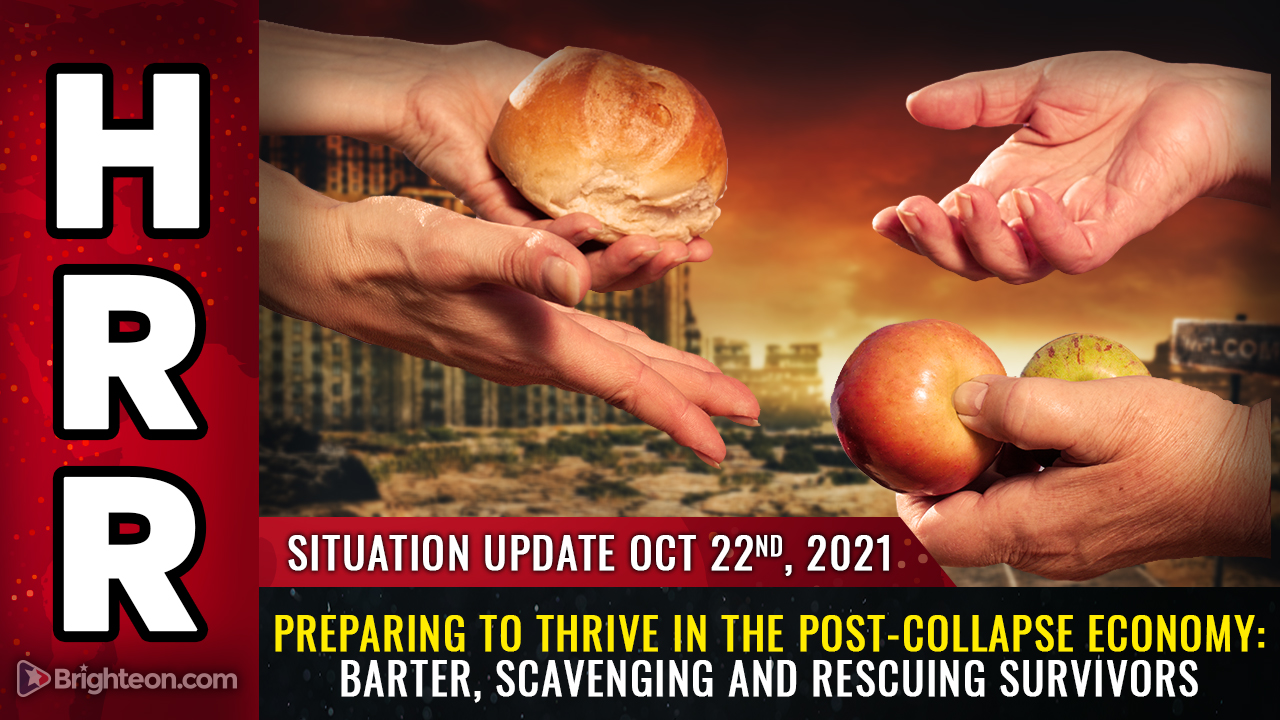 (Natural News)
Today’s Situation Update podcast is a must-listen if you want to know what the post-collapse economy is going to look like. You’ll need new skills to survive and thrive, and those who aren’t prepared for what’s coming will perish.

As covered in today’s podcast (below), it’s not difficult to see where things are headed. Here’s a small example of what I’m talking about:

As the vaccine die-off accelerates, many blue cities and suburbs will experience a scourge of abandoned homes. These “ghost homes” of vaccine victims will be auctioned off as-is by banks and counties. As the mass death accelerates, some homes will eventually be given away to anyone who simply agrees to pay the property taxes to the county.

Banks may also auction off “scavenging rights” to homes they still own, and professional scavenging teams will bid on those rights, then they will enter the homes and remove appliances, firearms, jewelry, clothing, tools and other valuable items. These items will flood the used goods marketplace, providing a temporary surge of supply to those who are still living. Used vehicles will also flood the market, as many vehicle owners will simply expire from the vaccine depopulation bioweapons.

Sadly, we will also see a surge in orphaned children whose parents have been exterminated by the covid jabs. These children can go one of two ways: They will either end up in orphanage homes run by kind, compassionate people, or they will end up in the human trafficking industry, sold to pedophiles or rented by the hour as a human commodity.

The world we are about to be plunged into will be unrecognizable by today’s standards. Navigating it successfully will require radical changes in mindset, action and courage. You’ll also need to get good at growing your own food, which is why I’ve just posted this video explaining the technology called “suspended net pot non-circulating hydroponics” which is completely “grid down proof” because it uses no circulation pumps whatsoever. If the power grid fails, the plants don’t die. (In typical hydroponics, NFT, aeroponics or aquaponics, the plants all die within hours…)

And to learn how to survive and thrive in the post-collapse economy, listen to today’s hard-hitting podcast that covers scavenging, barter, rescuing children, stockpiling essential goods and much more:

Find more podcasts and interviews each day at: