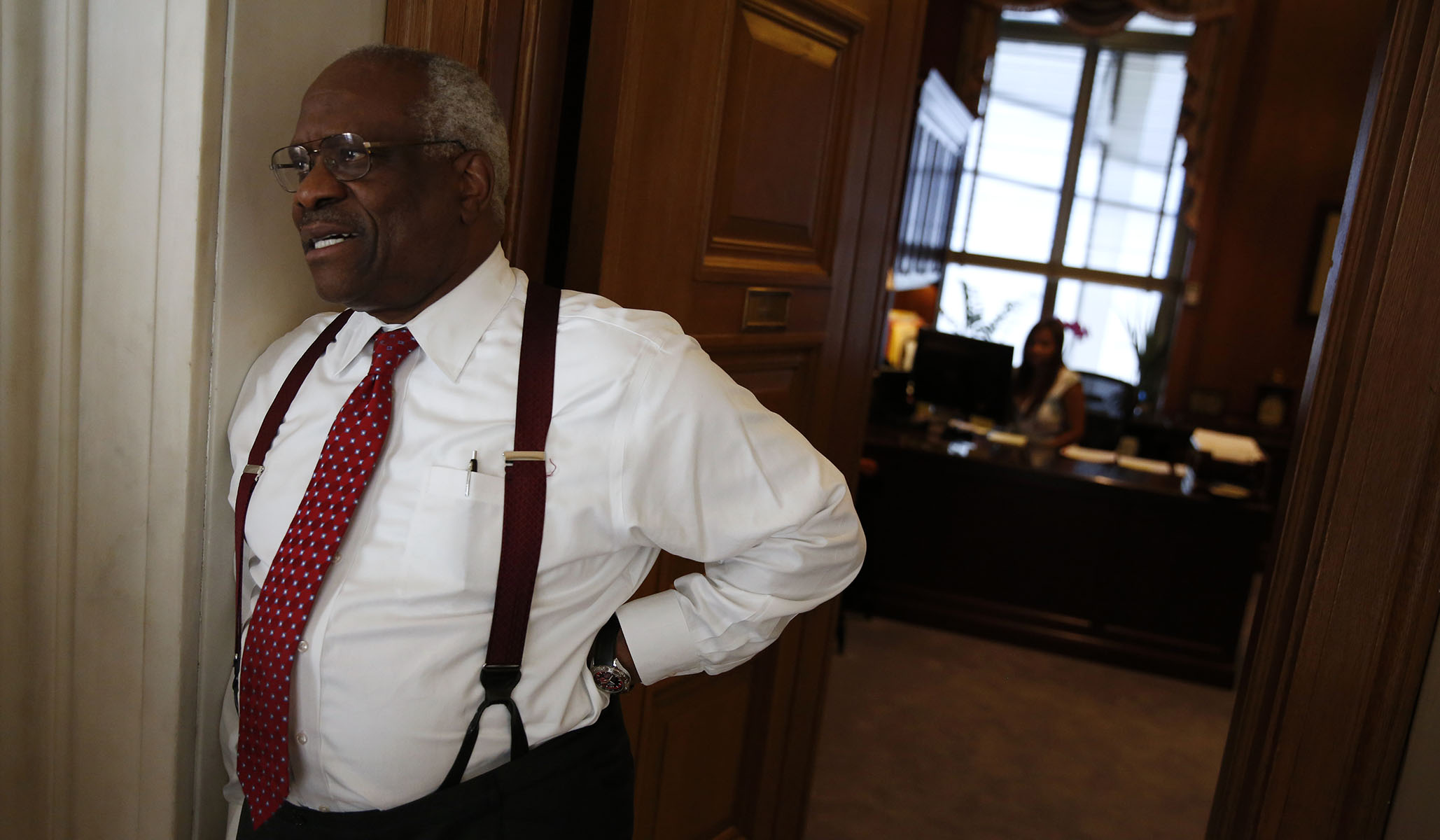 As of Saturday, Clarence Thomas will have served as an associate justice of the United States Supreme Court for 30 years. To commemorate the milestone, the Heritage Foundation held an event on Thursday at which Thomas spoke. Among the anecdotes he shared was this exchange with the late Antonin Scalia:

Laughter from both storyteller and audience alike followed.

There are hundreds better suited to discuss Thomas’ legal legacy to date, as well as that which he might accomplish in the days to come. I’ll point out the obvious, though: Clarence Thomas is one of most remarkable men to ever sit on the bench, and not just because of his first-rate mind, but because of his humility. A humility that can perhaps only be achieved through the kind of adversity he’s faced — first as a child born into poverty, and then as the target of, as he deemed it, a nationally televised “high-tech lynching.”

Few have swam further upstream against the current, and fewer still have kept their sense of self and perspective while doing so.

Natural Immunity Works Better Than COVID Vaccines: New England Journal of Medicine
Flash mob robberies set to explode across America as mass money printing drives the poor into desperation
Matt Walsh pushes back against radical gender ideology with children’s book about a boy who pretends to be a walrus
Kevin Hart defends Dave Chappelle and says cancel culture has gone too far
Even Amid Thanksgiving Gratitude, Progressive Incoherence on Crime Is Hard to Ignore