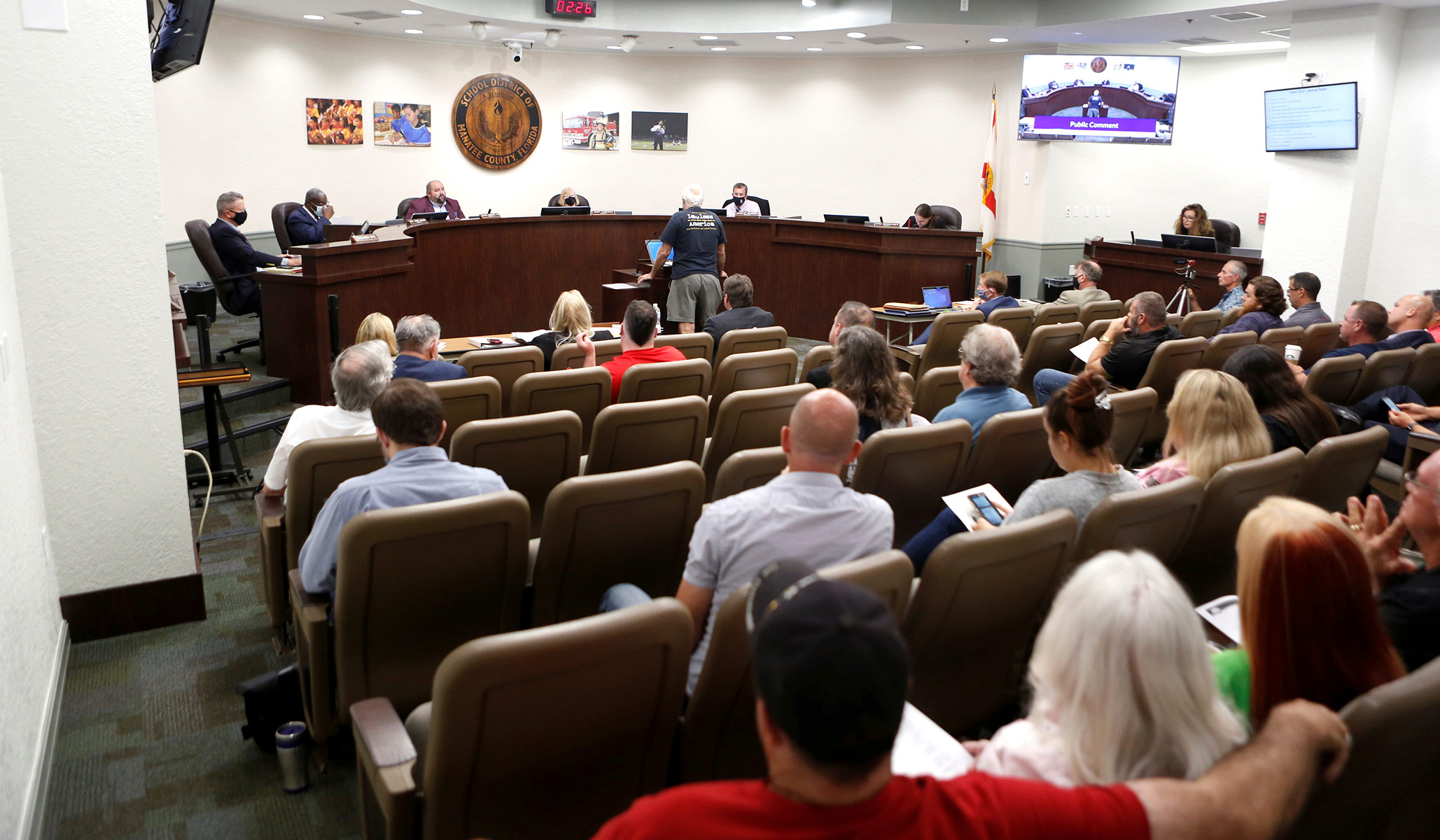 The National School Boards Association has apologized for a letter that called on the Biden administration to investigate whether alleged threats against school-board members constituted domestic terrorism.

The NSBA Board of Directors apologized in a memorandum to members on Friday. The initial letter, sent on September 29, asked the administration to investigate whether alleged threats to school-board members, over masking policies and “propaganda purporting the false inclusion of critical race theory” in lessons, necessitated federal investigation.

Breaking: In the wake of yesterday’s @FreeBeacon report, National School Board Association announces “we regret and apologize for the letter” to Biden admin characterizing concerned parents as potentially domestic terrorists pic.twitter.com/3RBufvWqAN

“As you all know, there has been extensive media and other attention recently around our letter to President Biden regarding threats and acts of violence against school board members,” the memorandum states. “On behalf of NSBA, we regret and apologize for this letter. . . . There was no justification for some of the language included in this letter.”

The apology comes after emails obtained by the nonprofit Parents Defending Education, first reported by the Free Beacon, showed that the NSBA consulted with White House officials on language to be used in the September 29 letter.

Those emails showed that the group did not consult its board of directors before sending the letter. Additionally, various state school-board groups said they too were not consulted before the letter was published by the NSBA.

The letter asked the Biden administration to investigate whether alleged threats against school board members “could be the equivalent to a form of domestic terrorism and hate crimes.”

In response to the letter, U.S. attorney general Merrick Garland ordered the FBI and U.S. Attorney’s Offices to investigate those alleged threats. Most of the incidents cited by the NSBA did not involve threats of physical violence.

MSM Claims Biden’s Approval Ratings Are Recovering… Are They?
CNN analyst says he has ‘no idea’ why smash-and-grab robberies are on the rise even while noting punishment is ‘very minimal’
The Four Hundredth Anniversary of Thanksgiving
Why Didn’t Fauci Want a Travel Ban with Africa?
First-grade teacher boasts about sexuality, lack of gender identity: ‘My favorite moments are always when my students ask about my queerness’