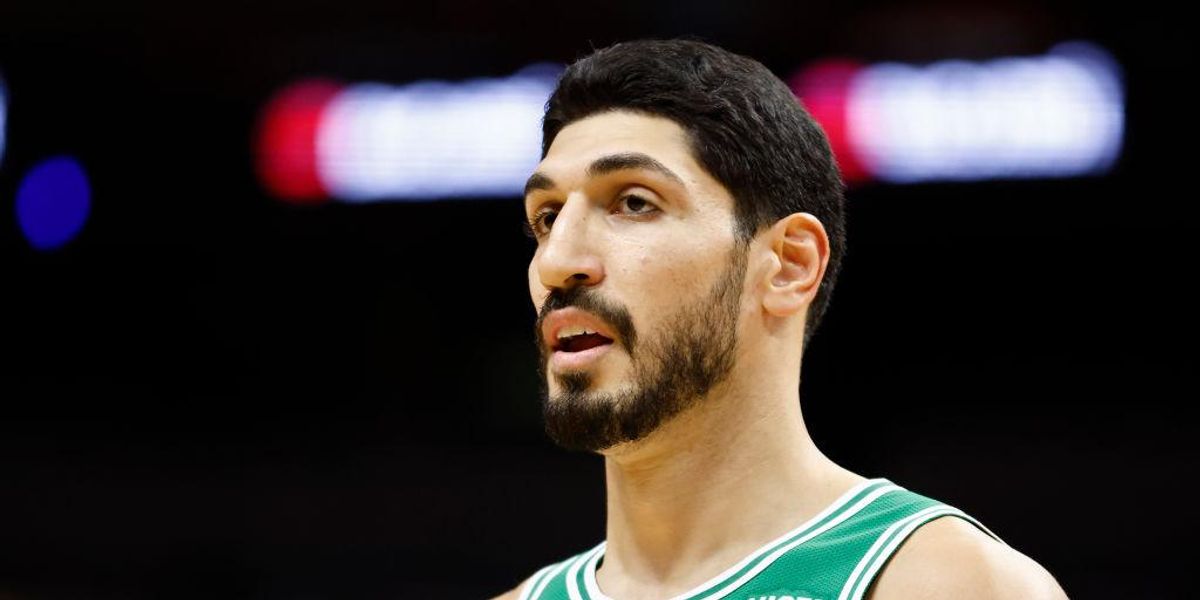 The NBA player referred to Jinping as the “heartless dictator of China.”

Kanter’s strong condemnation regarding China’s brutal oppression of the Uighurs came after he released another video earlier this week describing Jinping as a “brutal dictator,” while denouncing China over the issue of Tibet.

While the athlete did not play in his team’s game on Wednesday night, he sported footwear that included the phrase “Free Tibet,” according to the Associated Press.

China appears to have retaliated for Kanter’s outspoken condemnation, as Tencent has reportedly targeted Celtics games so that prior games and upcoming games will not be available for viewing.

But Kanter, apparently undaunted, shared the video on Friday blasting China’s oppression of the Uighurs, which he characterized as among “the worst human right abuses in the world today.”

Heartless Dictator of China,
XI JINPING and the Communist Party of China.

‘You are eating dry turkey and overcooked stuffing on stolen land,’ Black Lives Matter declares on Thanksgiving
Labor Shortage, Supply-Chain Issues Threaten to Spoil Holiday Shopping Season for Small Retailers
Doctor who raised alarm about new COVID variant pumps brakes on hysteria, says symptoms are ‘unusual, but mild’
Even Amid Thanksgiving Gratitude, Progressive Incoherence on Crime Is Hard to Ignore
Remember When Chris Cuomo Was Accused of Sexual Harassment with No Consequences?