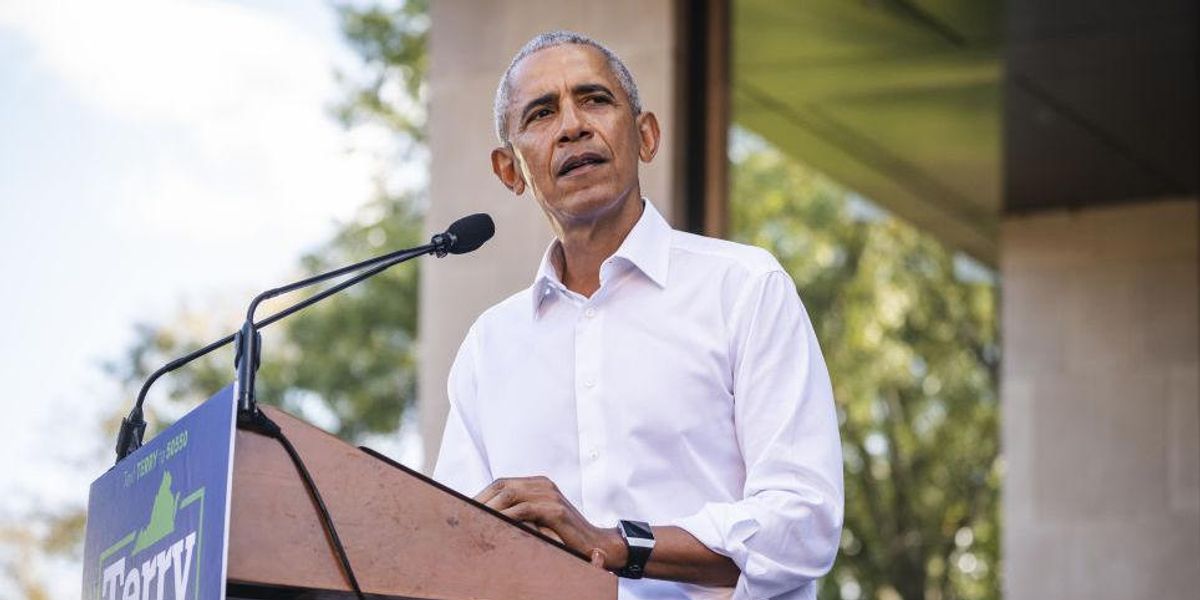 Former President Barack Obama was slapped with a reality check Saturday after urging Virginia voters to ignore what he called “fake outrage” and “trumped up culture wars” that he claimed are being peddled by “right-wing media.”

What did Obama say?

While campaigning for Democrat Terry McAuliffe in Virginia, Obama denounced focusing on cultural issues, instead saying that Americans should be concerned with recovering from the COVID-19 pandemic.

“We don’t have time to be wasting on these phony trumped up culture wars, this fake outrage that right-wing media peddles to juice their ratings,” Obama said.

Former President @BarackObama: “We don’t have time to be wasted on these phony trumped-up culture wars, this fake o… https://t.co/k102Jlbu2r

Obama appeared to be speaking about McAuliffe’s opponent, Republican Glenn Youngkin, whose campaign platform includes supporting parents to have a voice over decisions made by school boards.

“Instead of stoking anger aimed at school boards and administrators, who are just trying to keep our kids safe, who are just doing their jobs, stoking anger to the point where some of them are actually getting death threats,” Obama said. “We should be making it easier for teachers and schools to give our kids the world-class education they deserve, and do to so safely while they are in the classroom.”

Critics pointed out that children’s education is not part of the “trumped up culture war” as Obama claimed, especially considering that McAuliffe has said parents shouldn’t have a say in school board decisions.

As many others pointed out, Loudoun County Schools also stands accused of “covering up” two sexual assaults as they pushed controversial LGBT policies.

Obama is the latest high-profile figure to stump for McAuliffe. President Joe Biden and Vice President Kamala Harris have also been campaigning for McAuliffe, which signals the race to become Virginia’s next governor is much tighter than Democrats anticipated.

McAuliffe and Youngkin are separated by fewer than three points in an average of recent polling, according to FiveThirtyEight.

2021 saw the most police officers shot and killed in US history, according to Fraternal Order of Police
NFL suspends Antonio Brown for 3 games after his former chef accused him of using a fake vaccine card
Horowitz: Pfizer vaccine injury data ordered released by judge shows shocking risk level
Election Reform Is a Winning Issue for Republicans
McAllen Border Patrol Find Abandoned Three-Year-Old Honduran Migrant Who Can Only Speak Two Words