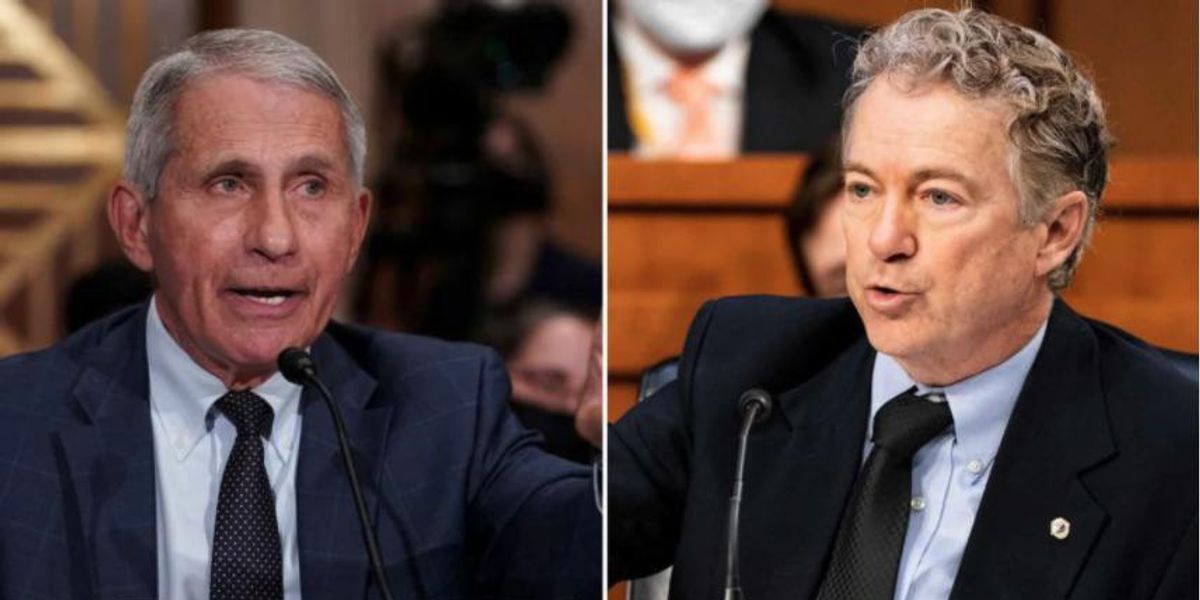 Throughout the pandemic, Fauci has denied the NIH funded gain-of-function research at the Wuhan bio lab. But the NIH letter, released last week, seemed to indicate that the NIH did, in fact, fund risky research.

At the very least, the NIH letter suggested Fauci has been less than forthcoming about what exactly happened with NIH funds given to EcoHealth Alliance.

Vanity Fair explained the significance of the letter:

[T]he NIH letter—coming after months of congressional demands for more information—seemed to underscore that America’s premier science institute has been less than forthcoming about risky research it has funded and failed to properly monitor. Instead of helping to lead a search for COVID-19’s origins, with the pandemic now firmly in its 19th month, the NIH has circled the wagons, defending its grant system and scientific judgment against a rising tide of questions.

What did Paul say?

Paul responded to the NIH letter revelations in an interview with Axios, saying Fauci should “absolutely” be fired.

“The thing is, is just for a lack of judgement, if nothing else,” Paul explained. “You know, he’s probably never going to admit that he lied. He’s going to continue to dissemble and try to work around the truth and massage the truth.”

And if President Joe Biden does not fire Fauci, which seems highly unlikely, Paul said Congress should take action to hold Fauci accountable for his apparent lack of candor.

“We’re calling for an investigation and hearings on this. We’ve been calling for that for months,” Paul said. “But you’re right. There’s been a great deal of resistance on the Democrat side, but would we not want to know the origin of the virus, and to know if it came from a lab, particularly since this research still goes on?”

.@RandPaul says Biden should fire Fauci over U.S.-funded research in Wuhan “just for lack of judgment, if nothing e… https://t.co/udoLKDI8NE

How did Fauci respond?

Fauci was asked about Paul’s comments over the weekend during an interview on ABC’s “This Week.” Fauci, however, toed his narrative line, saying Paul is wrong and that he has been completely honest about NIH funding of Wuhan research projects.

“Well, I obviously totally disagree with Sen. Paul. He’s absolutely incorrect. Neither I nor Dr. Francis Collins, the director of the NIH, lied or misled about what we’ve done,” Fauci said.