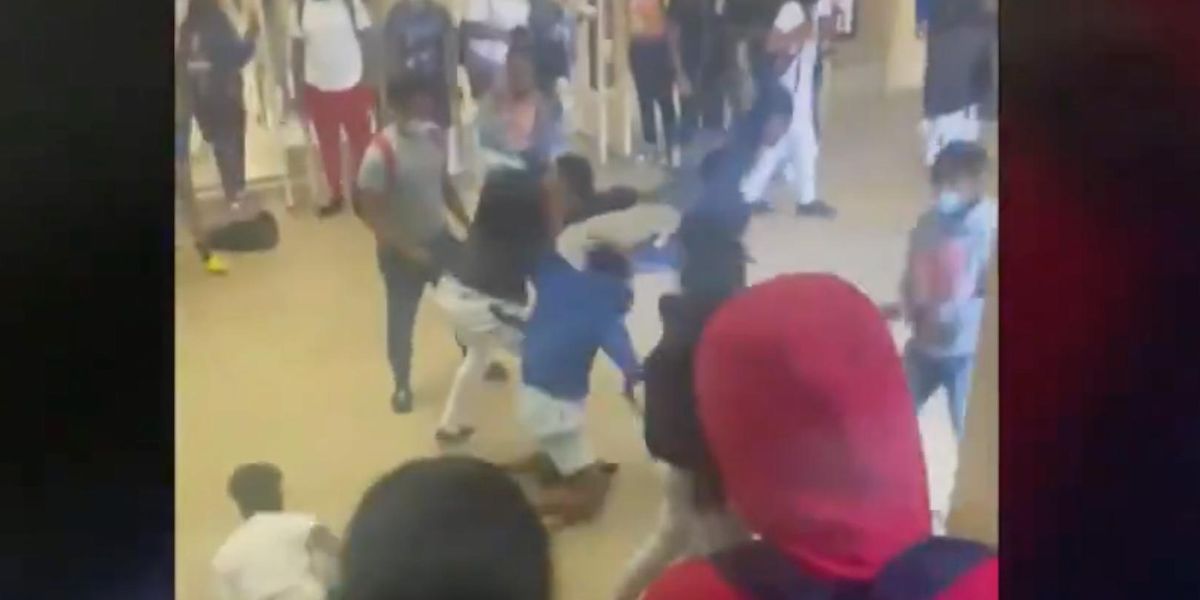 Dads stepped up in a big way after police arrested at least 23 students at a Louisiana high school over a string of violent incidents.

Video footage of the dads in action has gone viral across the internet, bringing in at least 11 million views at the time of this reporting.

Dads at Southwood High School in Louisiana, banded together to form “Dads on Duty” — a group of 40-strong dads who are taking turns spending time at the Shreveport-area school greeting students and acting as morale boosters throughout the day.

According to a report from CBS News — which points out that there hasn’t been one single incident on campus since the group took to the school’s hallways — students appreciate the fathers’ presence.

One student said of the dads’ presence, “I immediately felt a form of safety. We stopped fighting. People started going to class.”

Another added, “They just make funny jokes like, ‘Oh, hey, your shoe is untied,’ but it’s really not untied.”

Father Michael LaFitte, who formed the group, said that the best people positioned to set positive examples for teens are dads themselves.

“The school has just been happy — and you can feel it,” another student noted.

“We’re dads,” LaFitte said according to the outlet. “We decided the best people who can take care of our kids are who? Are us.”

In a widely shared editorial, Whitlock wrote, “Men are the vaccine. An injection of masculine, male energy can improve every problem plaguing America. We can flatten the curve overnight.”

“There are no negative side effects to men responsibly doing the job they were assigned — shepherding and discipling young people and families,” he wrote. “Male energy passed clinical trials thousands of years ago. The Old Testament of the Bible says male energy achieved approval from the FDA — Father Dad Association — in the book of Genesis.”

Whitlock continued, “We got two minutes on the blackcine. The public is thirsty for a conversation about the responsibilities of men and fathers. That’s why the CBS video went viral. … There’s no respect for authority. Schools are drowning in emotion and misguided aggression. A small handful of men showed up at a school in Louisiana and flattened the curve with their mere presence.”

He concluded, “A MANdate is all that’s necessary to fix America.”

In a statement on the morale boost at Southwood High School, the group added, “Not everybody has a father figure at home — or a male, period, in their life. So just to be here makes a big difference.”

According to CBS News, the group wants to form chapters of Dads on Duty all throughout the state — and perhaps even further.

DADS ON DUTY: After a violent week of fighting at a Louisiana high school, parents knew something had to change. So… https://t.co/8pSWojPogR