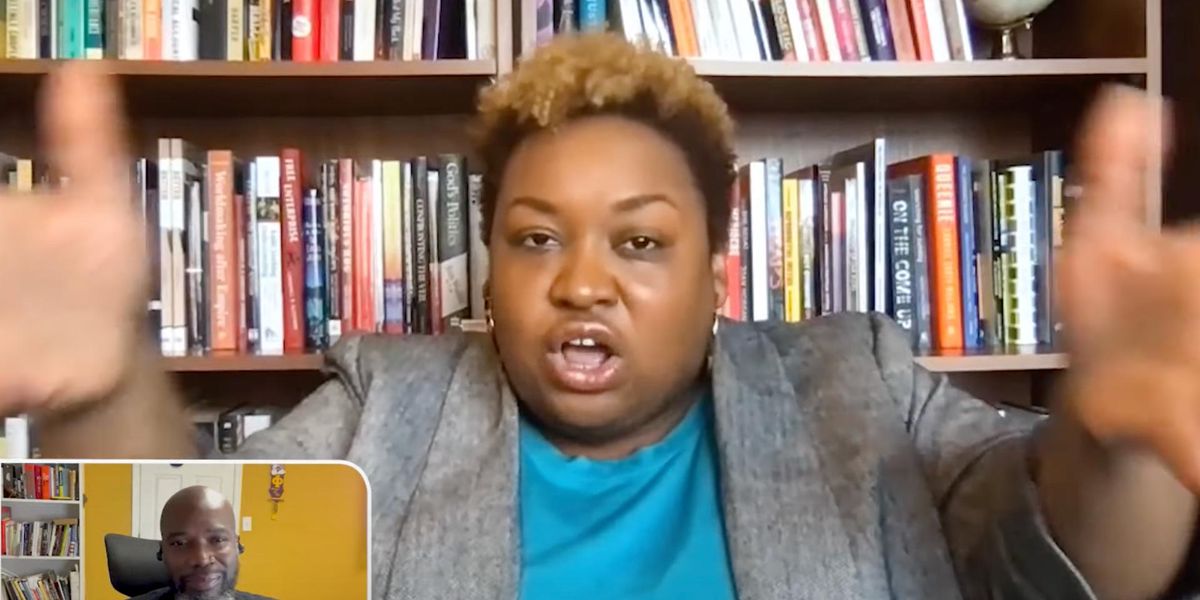 Rutgers University professor Brittney Cooper, an outspoken advocate for feminism and critical race theory, defended the controversial teaching and said that white people need to get out of the way of its teaching.

Cooper — who made headlines in 2020 for blaming COVID-19 deaths on Trump voters — added that white people “kind of deserve” a declining white birth rate and said that they were “villains.”

During a recent talk, titled “Unpacking the Attacks on Critical Race Theory,” Cooper told writer Michael Harriot that when she attempts to teach critical race theory to college students, she asks if it’s possible to “legislate [racism] and march it away,” or if they think that “white people just always gonna be like this, and our job is to hold back their ability to do the most harm.”

She also pointed out that white people and conservatives are so opposed to critical race theory because they do not want to admit the truth.

“The issue that the right has is that critical race theory is just the proper teaching of American history,” the professor and activist insisted.

When asked if she believed that white people would ever relinquish their inherent power, Cooper responded, “The thing I want to say to you is ‘We gotta take these motherf***ers out,’ but, like, we can’t say that, right? I don’t believe in a project of violence, I truly don’t.”

Elsewhere she said that the white birth rate is declining “because they literally cannot afford to put their children, newer generations, into the middle class.”

“It’s super perverse,” Cooper added, “and also, they kind of deserve it.”

A recent report from Campus Reform noted that the discussion took place on Sept. 21 as part of a Root Institute initiative.

According to the Root, Harriot has been outspoken in explaining the importance of critical race theory teachings.

“One can’t understand the political, economic, and social structure of America without understanding the Constitution,” Harriot explained. “And it is impossible to understand the Constitution without acknowledging that it was devised by 39 white men, 25 of whom were slave owners. Therefore, any reasonable understanding of America begins with the critical examination of the impact of race and slavery on the political, economic and social structure of this country.”

Campus Reform reported that Cooper did not respond to a request for comment on the inflammatory remarks, and an auto-reply email message stated that she is “not regularly checking email because she is on sabbatical leave.”