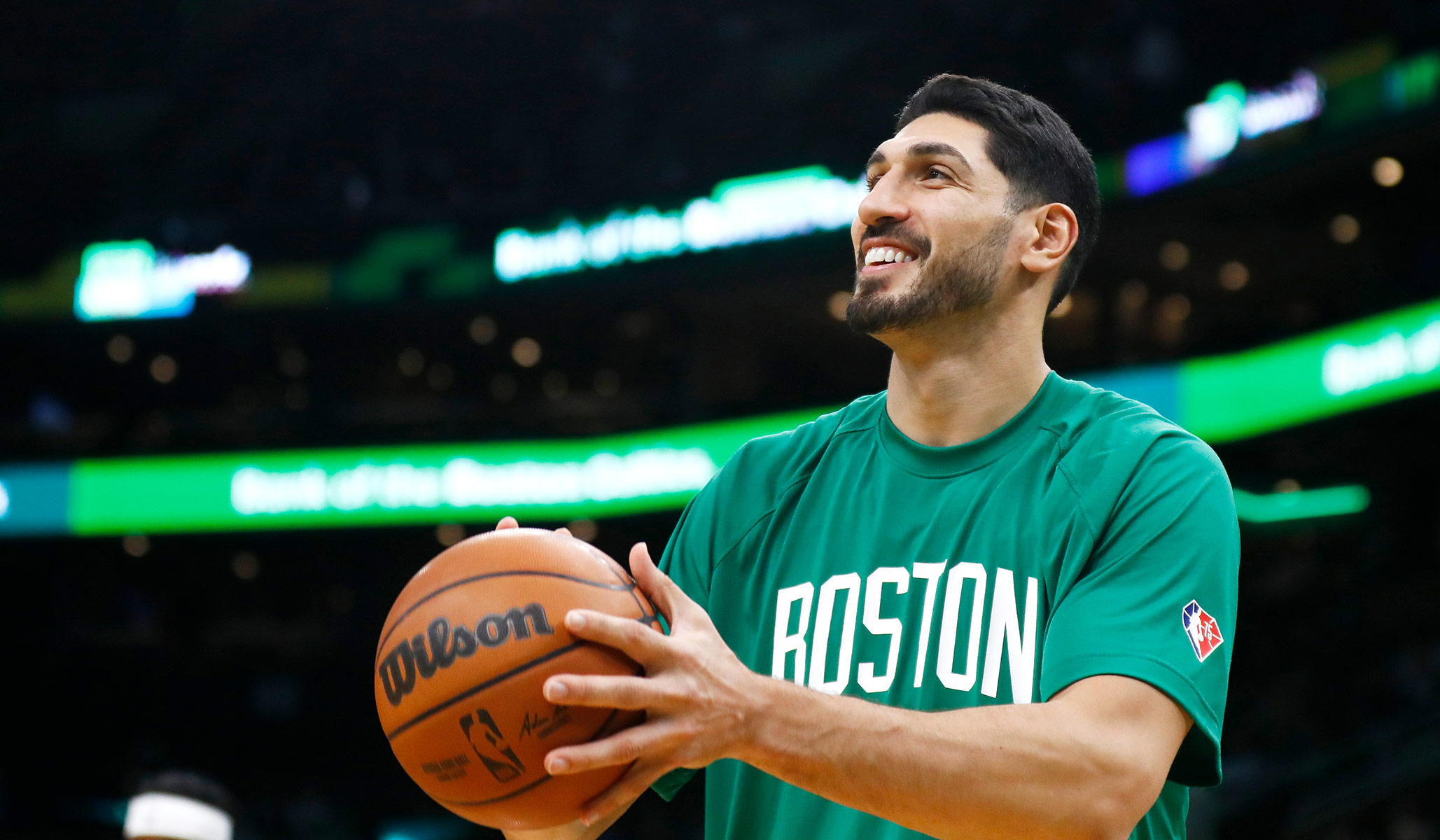 The National Basketball Association would appreciate it greatly if everyone involved with the sport would remain quiet enough about the continuing atrocities in China for its international development team to complete its work without interruption. Unfortunately for the NBA — but fortunately for everybody else — Boston Celtics center Enes Kanter is declining to play along.

Of late, Kanter has been on something of a crusade. Unwilling to remain silent like his bosses in pursuit of a grubby market share, Kanter has been blunt about the sins of Chinese leader Xi Jinping, whom he describes as a “brutal dictator,” and of the CCP, which, among other things, oppresses Tibet, relies upon slave-labor, and has imprisoned up to 2 million Uyghurs in concentration camps. Kanter argues that Americans should not ignore this. “Don’t forget,” he said this past week of consumer goods produced with coerced labor, “every time you put those shoes on your feet, or you put that T-shirt on your back, there are so many tears and so much oppression and so much blood behind it all.” In particular, he points to “Uyghur forced labor,” which he describes as “modern day slavery” that is “happening right now in China.”

On the hypocrisy of the American sports industry, Kanter is scorching. “Nike,” he pointed out recently, “remains vocal about injustice here in America, but when it comes to China, Nike remains silent.” Indeed it does. For that matter, so does the NBA’s commissioner, Adam Silver, who, when pressed, tends to utter euphemisms about China questions being “complicated” and to babble nervously about the need for “soft power” and “cultural exchange.” The same is true of Steve Kerr, the coach of the Golden State Warriors, who came under deserved fire last year for his unwillingness to remark upon reports that participants in the NBA’s Chinese training academies were physically beaten and deprived of education — a reticence that, when compared to his outspokenness decrying gun violence and racial injustice in the United States, struck many as peculiar.

Kanter’s horror at the conduct of totalitarian regimes comes in part from personal experience. In 2016, he criticized the president of Turkey, Recep Tayyip Erdogan, describing him as the “Hitler of our century.” In response, his father was first removed from his position at a Turkish university and then charged as a member of a terrorist group, while Kanter was banned from the country, had his passport canceled, and was charged in absentia with terrorism. Some people would have responded to this by shutting up. Kanter has taken the opposite course. “XI JINPING and the Chinese Communist Party,” he tweeted this week. “Someone has to teach you a lesson, I will NEVER apologize for speaking the truth. You can NOT buy me. You can NOT scare me. You can NOT silence me.”

As a rule, we are not prone to celebrate artists or athletes for their political stands, many of which involve the comfortable recitation of things that cost them nothing among their friends and patrons. But the NBA’s suppression of dissent on the question of China is so unnerving and so complete that it is refreshing to see someone break through, swimming against the tide of self-interest. Enes Kanter deserves plaudits for his candor. The NBA and its partners would do well to heed his warnings.