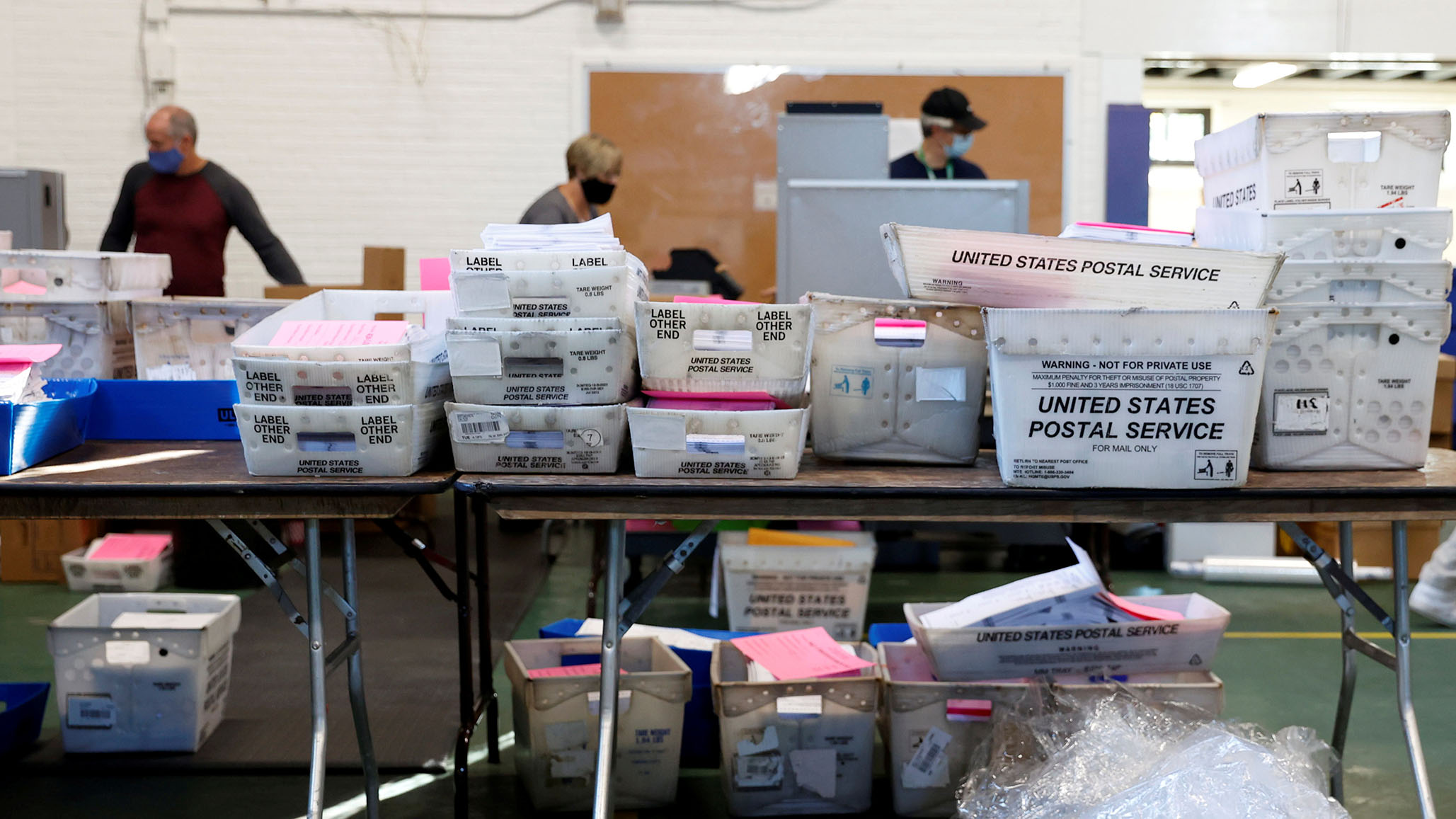 Elections
It took until Saturday night to finish counting more than 20,000 defective or sequestered mail-in ballots.

Republicans in Montgomery County, Pennsylvania ended up flipping two school boards and picking up seats on at least three other local school boards after election officials finished counting thousands of defective mail-in ballots over the weekend.

But several GOP candidates who thought they’d won when initial vote counts were reported last week were overtaken when the additional mail-in ballots were added to their opponents’ columns.

National Review reported last week that multiple printing defects involving more than 20,000 mail-in ballots led to confusion about the outcome of dozens of races in Montgomery County, outside of Philadelphia, and put a damper on Republican optimism there.

But in some cases those initial results turned out to be a “red mirage.”

What the results actually showed was 100 percent of in-person votes were counted. There were still more than 20,000 mail-in ballots outstanding, out of more than 220,000 total ballots cast. The mail-in ballots were, overwhelmingly, a boon to Democrats in Montgomery County.

The delay in counting mail-in ballots was due to two printing issues. In early October, elections officials realized that defective ballots printing on only one side were mailed to about 16,000 voters. Those voters were mailed replacement, two-sided ballots and instructions to destroy the defective ballots, but it appears some one-sided ballots were nevertheless turned in.

There was another defect that affected around 9,000 additional ballots, rendering them unreadable by the county’s ballot scanners. It took days for bipartisan teams to recreate those ballots so they could be counted. The mail-in ballot counting didn’t end until Saturday night.

Julia Vahey, executive director of the Montgomery County Republican Committee, said she was not made aware of the 9,000 unreadable ballots until 2 a.m. Wednesday, after election day.

“They knew early in the morning when they first started counting ballots that there was something wrong,” Vahey said. “If we had just been notified about that, I think election night and the days that followed would have gone a lot smoother.”

In the end, Republicans ended up flipping the Perkiomen Valley and Boyertown school boards, picked up seats on the Methacton and Hatboro-Horsham school boards, and maintained control of the Souderton and Lower Moreland school boards. They also flipped a Democrat-controlled borough council, and prevailed in several other local races.

Vahey said last week’s elections were good for Montgomery County Republicans, but the mail-in ballot problems and the confusion surrounding the reporting “taints it a little bit.”

“I’m pretty disappointed by what happened,” she said. “And it makes us concerned because we’re already combatting a narrative of last year where people do not trust the system. And this did us no favors in trying to sway anyone to feel more comfortable with mail-in voting.”

Jason Saylor, one of three Republicans who won seats on the Perkiomen Valley school board – flipping it to a 5-4 Republican majority – called last week’s vote-counting problems “an embarrassment.” It’s just more evidence that county and state election leaders need to tighten up mail-in voting in Pennsylvania, he said.

Saylor said he still believes the awakening of the Republican base that propelled him and other conservative candidates to victory in school board races across the country will continue.

“More and more people realize it doesn’t start at the top at the White House,” Saylor said. “It starts at the very bottom with your supervisors, your constables, your auditors, your tax collectors, your school board directors. I think that’s a change that you’re starting to see.”