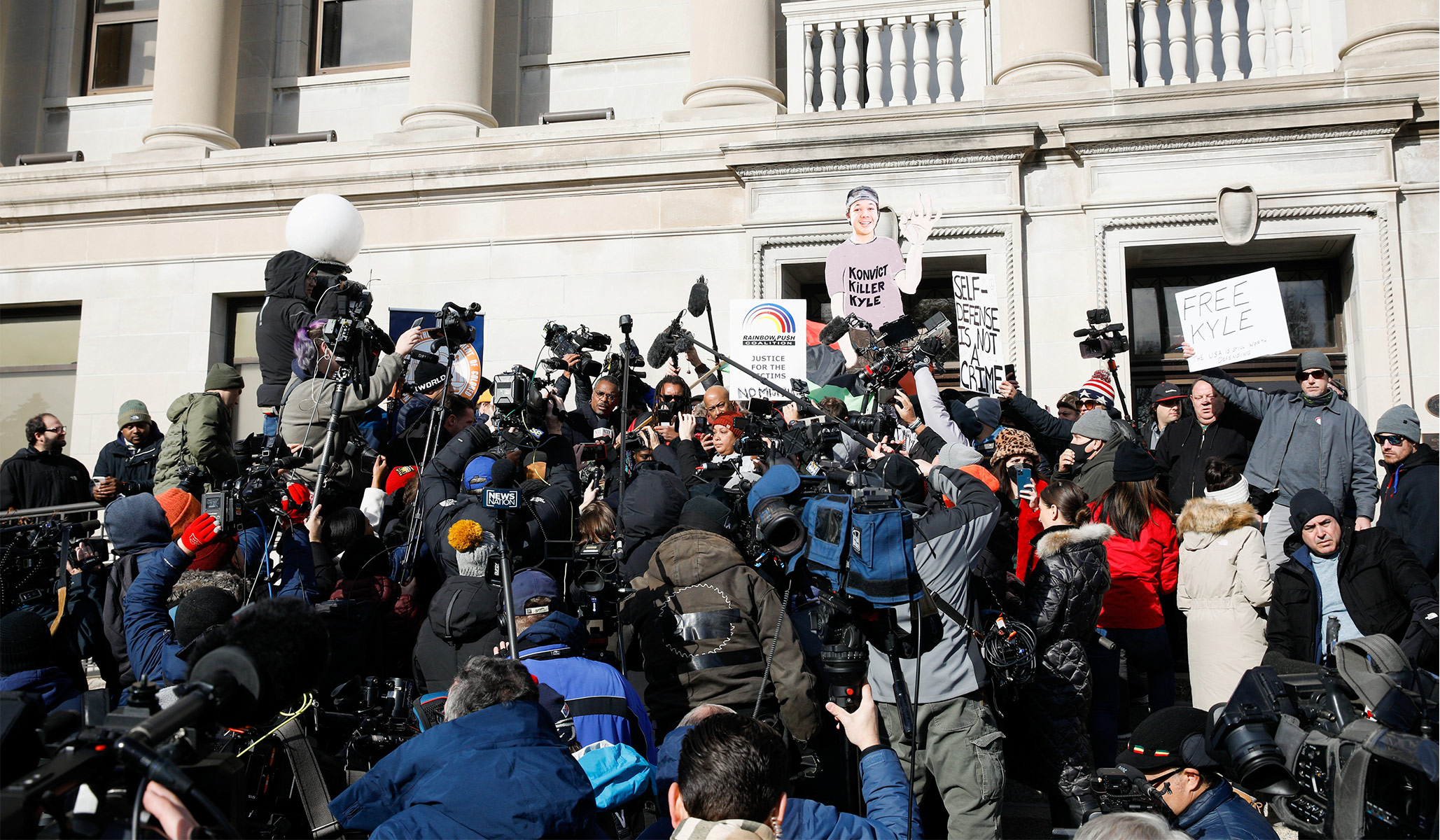 Democratic congressman Sean Patrick Maloney, chairman of the Democratic Congressional Campaign Committee, issued a statement on Friday in which he said that it is “disgusting and disturbing that someone was able to carry a loaded assault rifle into a protest against the unjust killing of Jacob Blake, an unarmed Black man, and take the lives of two people and injure another – and face absolutely no consequences.”

The dccc didn’t know Blake is alive until 20 minutes ago pic.twitter.com/hnZFcGaEoS

Blake was shot but not killed by police, and Blake admitted he was armed with a knife:

“I realized I had dropped my knife, had a little pocket knife. So I picked it up after I got off of him because they tased me and I fell on top of him,” Blake explained to ABC’s Michael Strahan in an interview that aired on ABC’s Good Morning America (GMA).

“I shouldn’t have picked it up, only considering what was going on,” he continued. “At that time, I wasn’t thinking clearly.” In early January, Kenosha County district attorney Michael Graveley said that he would not file charges against the officer who shot Blake seven times, because the he was acting in self-defense against an armed assailant.

The DCCC re-issued a statement that removed the false claims that Blake was “unarmed” and was killed.