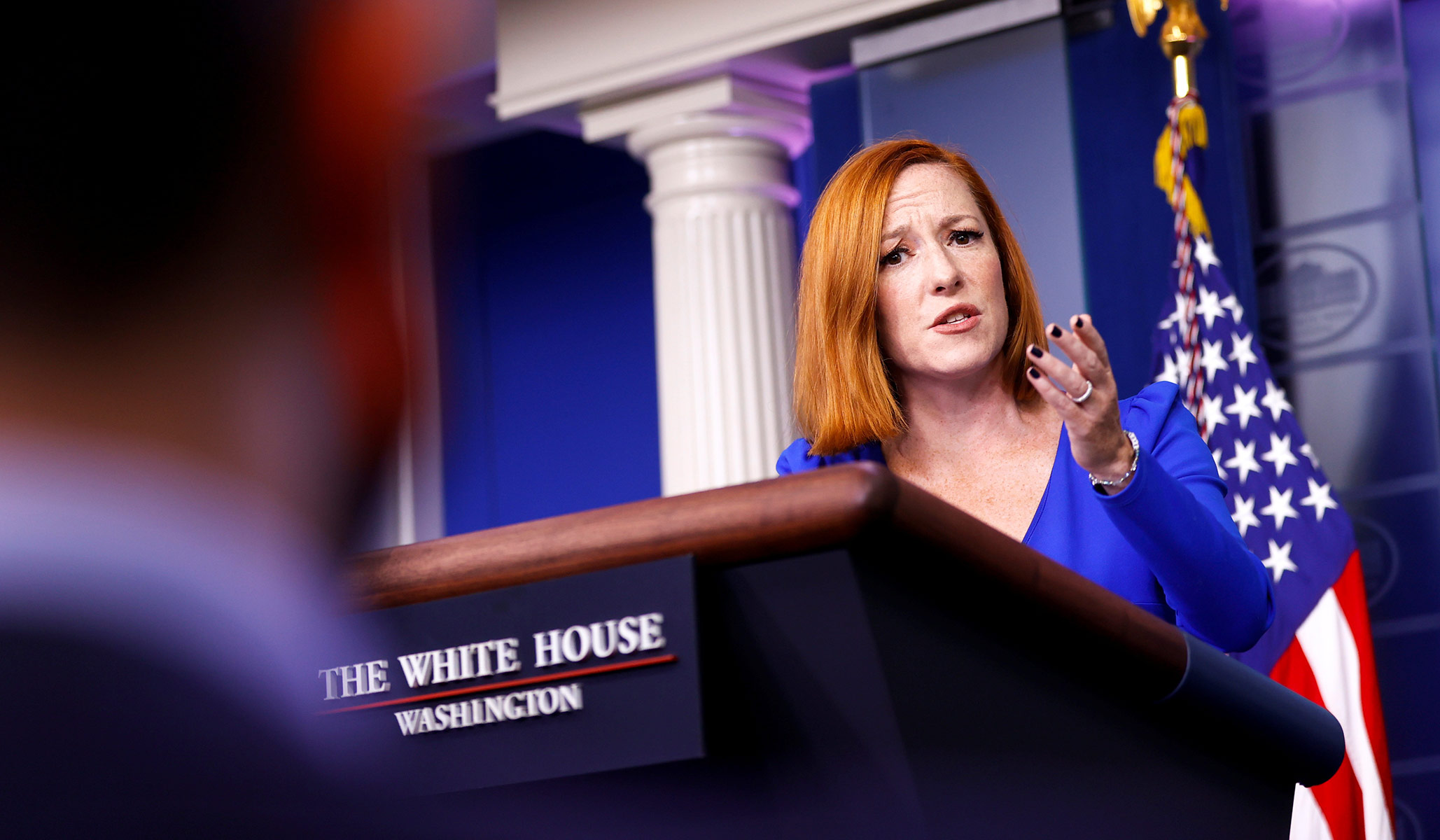 White House press secretary Jen Psaki on Tuesday again avoided saying whether President Biden would ever apologize to Kyle Rittenhouse for characterizing him as a “white supremacist.”

Despite Rittenhouse having been acquitted on all charges against him in the shooting of three people — two of whom died — during the August 2020 Kenosha protests, Psaki seemingly defended Biden’s characterization of Rittenhouse on the campaign trail.

“The president believes in condemning hatred, division, and violence,” she said when asked if Biden will apologize during a press briefing. “That’s exactly what was done in that video.”

Biden first called Rittenhouse a white supremacist when he tweeted out an opposition video on the campaign trail which showed Rittenhouse as a racially motivated vigilante with a gun. Biden captioned the video, “There’s no other way to put it: the President of the United States refused to disavow white supremacists on the debate stage last night.”

Doocy: “Would the president ever apologize to Kyle Rittenhouse” for calling him a white supremacist?

Psaki: “The president believes in condemning hatred, division, and violence. That’s exactly what was done in that video.” pic.twitter.com/1liRDBYmEY

However, the three men Rittenhouse shot were white. Rittenhouse was able to successfully argue during his trial that he fired his gun in self-defense while working to defend a car dealership in Kenosha at the request of an employee.

Psaki turned the attention around on former President Trump on Tuesday, saying the video used Trump’s “own words during a debate as he refused to condemn white supremacists and militia groups.”

She adds that Trump “actively encouraged them throughout his presidency.”

“So what we’ve seen are the tragic consequences of that, when people think it’s okay to take the law into their own hands instead of allowing law enforcement to do its job,” Psaki said.

However, Fox News’ Peter Doocy pushed back, noting that Biden had also given an interview where he said Rittenhouse was part of a militia from Illinois and asked if Trump had ever been heard saying “one negative thing about white supremacists.

“None of this was proven in the trial and Kyle Rittenhouse is saying the president had actual malice in defaming his character — is that what happened here?” Doocy asked.
Psaki again skirted the question: “The president spoke to the verdict last week he has obviously condemned the hatred and division and violence we’ve seen around the country by groups like the proud boys and groups that that individual has posed in photos with but beyond that I’ll leave it to his comments around the verdict.”

Last week, Biden expressed disappointment at the verdict, though he encouraged Americans to accept the jury’s decision.

“While the verdict in Kenosha will leave many Americans feeling angry and concerned, myself included, we must acknowledge that the jury has spoken,” Biden said in a statement. “I ran on a promise to bring Americans together, because I believe that what unites us is far greater than what divides us.  I know that we’re not going to heal our country’s wounds overnight, but I remain steadfast in my commitment to do everything in my power to ensure that every American is treated equally, with fairness and dignity, under the law.

“I urge everyone to express their views peacefully, consistent with the rule of law,” he added. “Violence and destruction of property have no place in our democracy.”

Oregon drafting rule to make wearing masks permanent
Outrage erupts over photo of GOP lawmaker and his family posing with guns for Christmas: ‘Oh look, it’s Y’all Qaeda’
Bette Midler says Trump should be arrested for attempted murder of Joe Biden over claim from his former staffer
We have DECODED the globalist plan to destroy Bitcoin and the DeFi crypto ecosystem… and they seek to replace it with heavily regulated digital wallets under totalitarian central bank control
Feminism Has Made Western Women Stupid and Dangerous to Themselves and Others