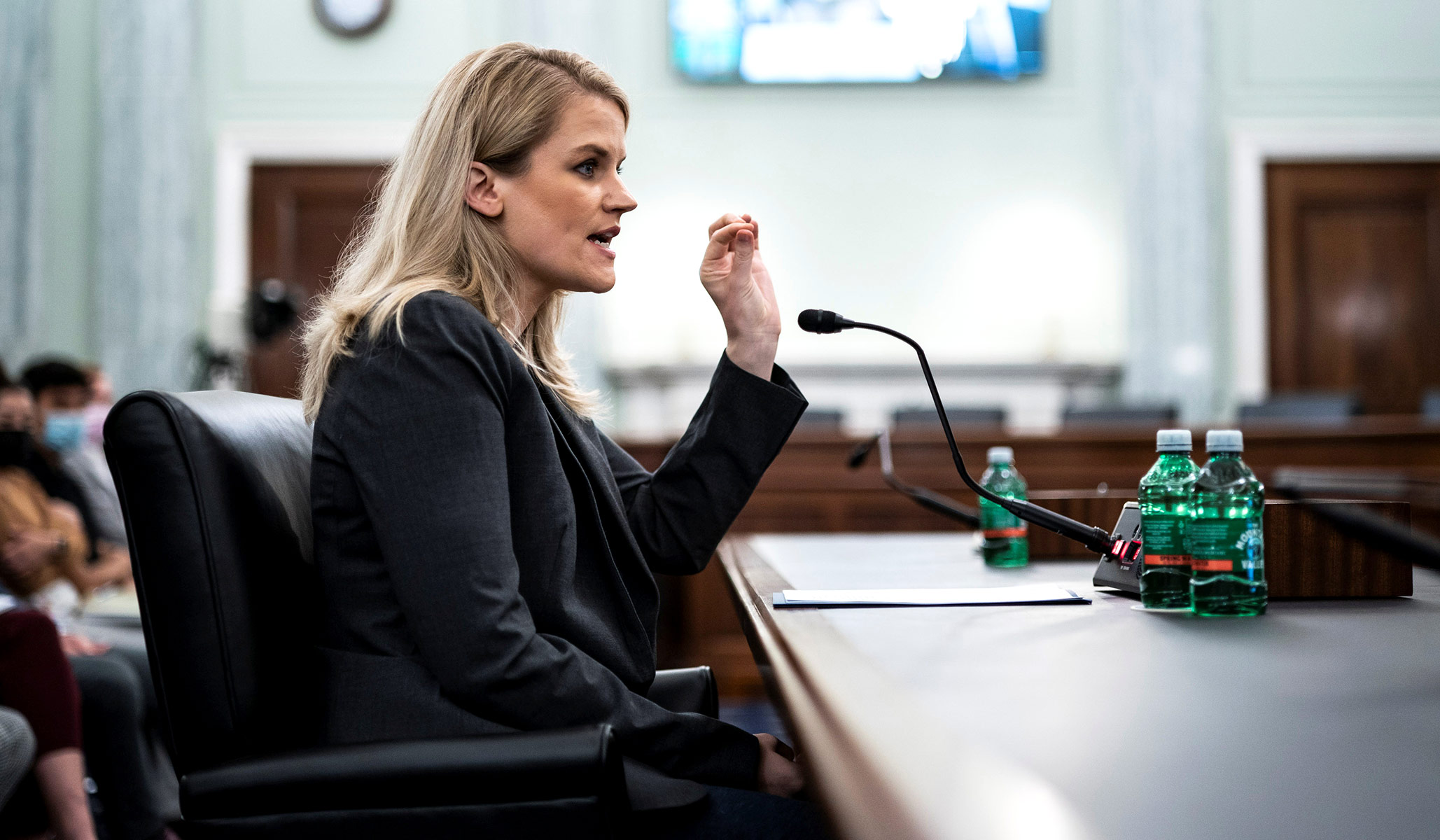 Frances Haugen, the Facebook whistleblower who disclosed tens of thousands of pages of documents from the social-media giant to the Wall Street Journal in September, is the subject of a glowing Time profile. Her face adorns the cover of the magazine’s latest issue, with the words “The Making of a Whistleblower: What Drove Frances Haugen to Sound the Alarm About Facebook—And What Happens Next” emblazoned beneath.

It’s odd to see someone who is ostensibly famous for courageously speaking truth to power to immediately be rewarded by adulatory cover stories in the media. And the Time story really is adulatory: “While some have described the Facebook whistle-blower as an activist, Haugen says she sees herself as an educator,” the author beams. How did this Harvard-educated maverick manage to take on Facebook? “​​Haugen’s atypical personality, glittering academic background, strong moral convictions, robust support networks and self-confidence also helped.”

In reality, Haugen has made a name for herself by repeating the talking points of the progressive powers that be. The problem with Facebook isn’t that it’s too keen to censor or that it’s politically biased in its content moderation, she argues — it’s that it doesn’t censor enough. “Misinformation,” that wonderfully vague and oh-so-malleable progressive term of art, is the problem. Haugen’s narrative — happily echoed from the highest echelons of progressive media, and praised by national Democratic politicians — is that there is an urgent need to take a more hard-line approach to dissident right-wing voices online. And the way to do that, of course, is to give people like Haugen more power. “In her Senate testimony in early October, Haugen suggested a federal agency should be set up to oversee social media algorithms so that ‘someone like me could do a tour of duty’ after working at a company like Facebook,” Time writes.

As always, this is all in the altruistic interest of “our democracy.” Haugen is just a brave, selfless servant of our democracy, you see. Surely it’s just a coincidence that she’s saying exactly what the most authoritarian interests in American politics want to hear.