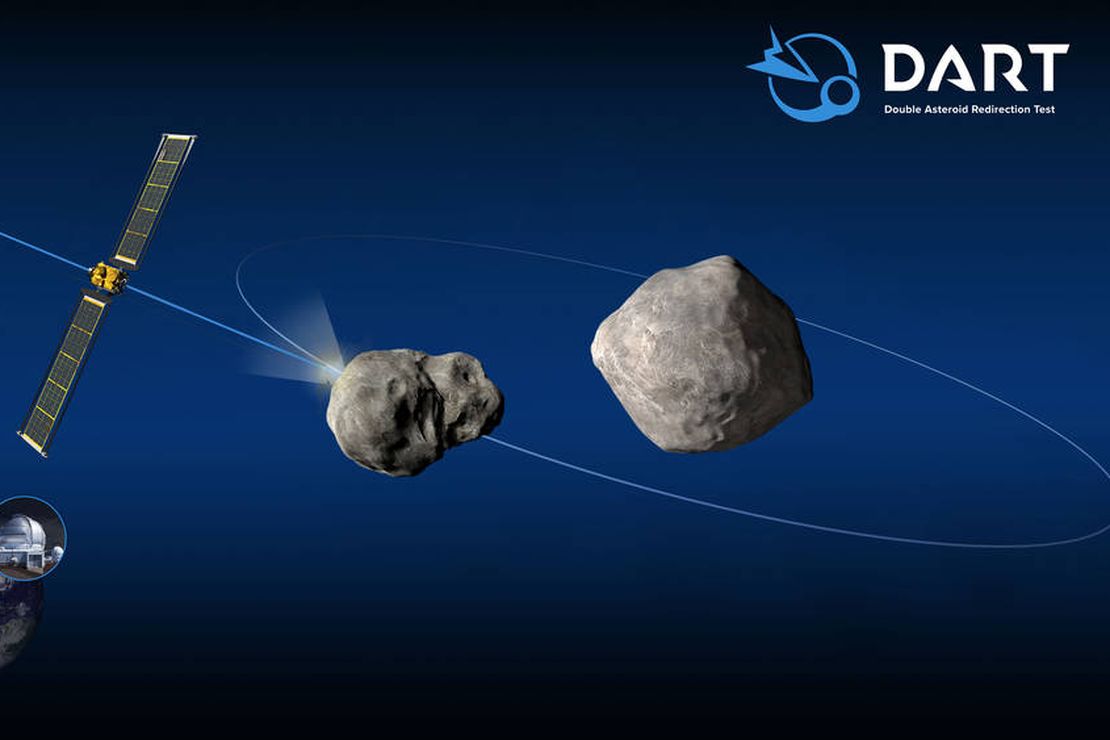 Forget the movies Armageddon and Deep Impact, NASA is about to change the way that we defend our planet from an “attack” by asteroids and comets.

The Hollywood version of planetary defense includes nuclear weapons and astronauts giving their lives to save Earth. Reality isn’t quite as exciting but it’s far more interesting. NASA is planning to fly a spacecraft (unmanned) into an asteroid named Dimorphos to see how the orbit of the rock is affected. Dimorphos orbits a larger asteroid so the impact of the spacecraft should tell us a lot about how we’re able to deflect an asteroid if it’s on a collision course with Earth.

The mission, known as the  Double Asteroid Redirection Test (DART), will, NASA says, “mark a new relationship between humans and the solar system we live in.” It’s scheduled to leave Earth at the end of this month and crash into Dimorphos in 2022.

Over the decades, humanity has left footprints on the moon, rover tracks on Mars, a puff of metals in the atmospheres of Jupiter and Saturn, silent robots scattered from the sun to beyond the edge of its influence. But until now, orbital mechanics have been free of human fingerprints, orchestrated only by gravity and chance and the bones of the solar system. It was never quiet, of course, but it was chaotic in precisely the same way as it ever had been.

DART’s impact will be the first human fingerprint on this eternal dance of the solar system — a nearly imperceptibly tiny one but a fingerprint nonetheless, the first time a coalition of humans have come together to purposely tap any one piece of the maelstrom around us.

“Humans are like — we can do anything in the solar system, we can even move things out of the way,” Ellie Armstrong, a geographer of outer space at the University of Delaware, told Space.com.

One reason scientists are so excited about this mission is that by showing we can “move things out of the way,” we can literally control the solar system. The possibilities for that kind of control are endless and include both good and evil possibilities.

Turn planetary defense on its head, for example. Treviño painted a nightmare scenario of a group being able to hold an asteroid hostage, looming over other communities. “I hate to be the naysayer, the killjoy, but to say, ‘OK, we can just move something in the solar system just to see if we can do it’ — where does that end up going, and what are the ramifications?” Treviño said.

DART is a carefully designed mission, and its target was chosen in part because scientists don’t see any way that the mission could knock the rocks onto a collision course with Earth. But for a real planetary defense mission, if something does go wrong, the results may be very grim indeed, turning a natural disaster into a social one instead of preventing anything, Olson said.

The DART mission will determine if humans have the power to deflect a heavenly body –even a little. If Earth were ever threatened by an asteroid or comet, it would be best if we had decades to deflect the rock. The more lead time we have to act, the easier it will be to deflect it from a collision course with Earth.

The DART mission will cost $330 million, which, if it leads to the development of a planetary defense system, would be a bargain, indeed.