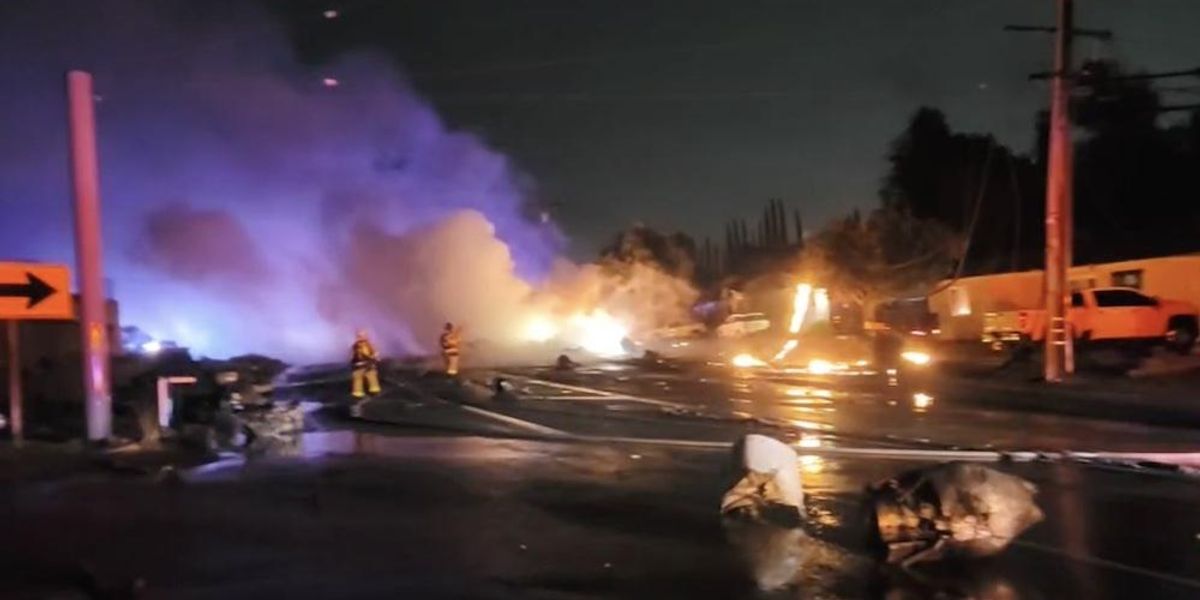 A private jet crashed in a residential neighborhood near San Diego, leaving the street littered with the fiery wreckage of the plane Monday night.

The Learjet 35A, a twin-engine business jet with a max capacity of eight passengers, practically disintegrated upon impact after it crashed in the Bostonia area of El Cajon shortly after 7 p.m., according to the Times of San Diego.

None of the plane’s four passengers or its crew survived. Bone-chilling audio given to the Times reveals what it was like during the last moments of the passengers.

In the final minute of the doomed flight, the air traffic controller clears the pilot to land just moments before the plane crashed.

It is suspected that the plane crashed due to rainy weather conditions, according to a report by the Aircraft Rescue and Firefighting Working Group.

The Learjet 35A flew out of John Wayne Airport in Orange County at 6:56 p.m. According to the Federal Aviation Administration, the crash was reported at 7:15 p.m. in the 1200 block of Pepper Drive in the unincorporated Bostonia Neighborhood, according to the Times. The area of the crash was just a few miles east of the flight’s scheduled destination at Gillespie Field, the Times said.

A nearby resident and radio-controlled aircraft buff posted live video footage of the plane crash and explosion.

The crash destroyed many power lines in the area, leaving 225 local residents without power and in a state of panic.

“I hit the floor, and once I realized I was still alive I went outside and there was a big … glow and black smoke,” local resident Nanci Watt told the Times.

The San Diego Police Department reported that the fire had been extinguished by 8:57 p.m. and that both the FAA and NTSB had been notified and would handle the investigation, according to the Times.

Progress in cancer treatment has saved 3.5 million lives since 1991, experts say
First trans Army officer, doctor wife indicted for attempting to give Russia compromising medical information about members of US military, spouses: Report
Awkward: Bill Clinton Tells CNN “There is a Limit to How Many Migrants Any Society Can Take”
Where are American Feminists During the Biggest Women’s Rights Protests Ever in the Muslim World?
‘Republicans Pounce!’ The Hill Squawks Over Biden Being Blamed for American Wealth Obliteration