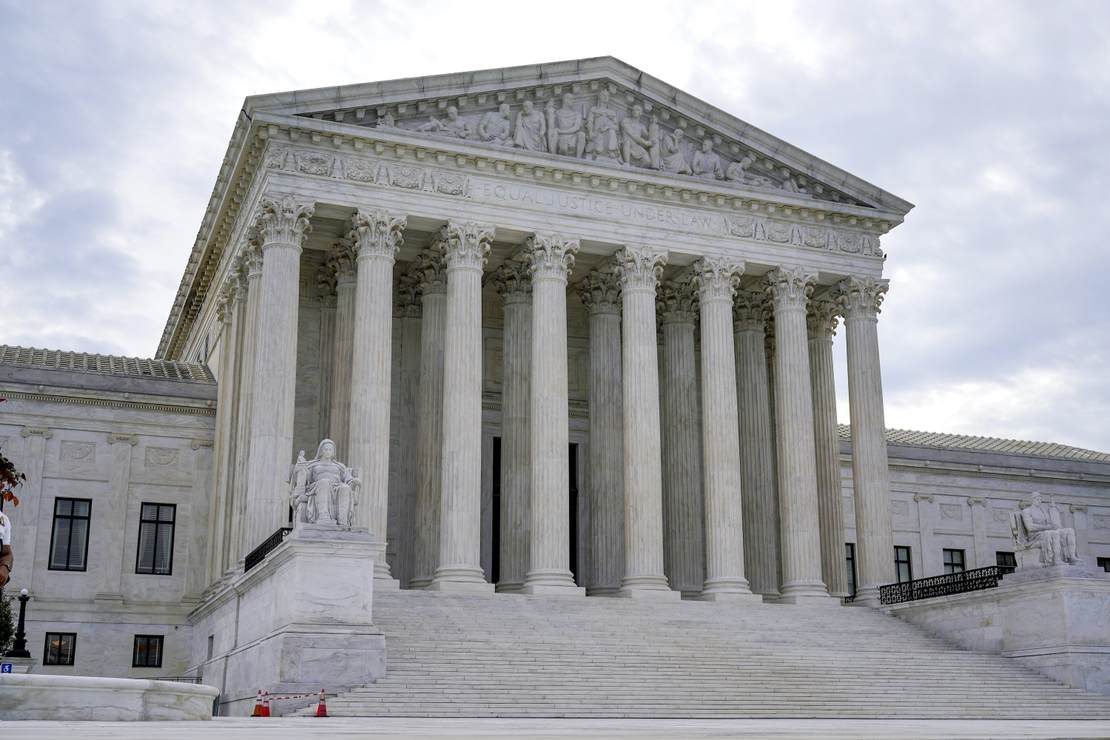 A lot of us were skeptical when Donald Trump rode down the golden escalator and announced his candidacy, but we compared the prospect of what looked to be clown presidency to a Hillary one, and we took the chance and voted for him. One of our main motivations in doing so was the prospect of the devastatingly activist court system the Democrats would have put in place. Trump released a list of judicial nominees as part of his campaign platform and pledged adherence to the U.S. Constitution, and so we gave the man our votes.

President Trump did not disappoint. Together with then-Senate Majority Leader Mitch McConnell (R-Ky.), he set up a conservative judge-confirmation machine. The Pew Research Center says that Donald Trump “appointed more than 200 judges to the federal bench, including nearly as many powerful federal appeals court judges in four years as Barack Obama appointed in eight.” Trump judges have been instrumental in resisting leftist urges to fundamentally transform the country and keep America alive to fight another day. Just this year, Trump judges have blocked vaccine mandates and reinstated “Remain in Mexico” immigration controls.

While Trump’s appointments to the Supreme Court were widely covered (and targeted for disruption by leftist activists, but that wasn’t an insurrection or anything), he really proved his worth with appellate court justice appointments. In his single, four-year term, Trump put 54 justices on appellate court benches. In contrast, Obama only seated 55 appeals judges over his two terms. Overall, at the end of his single term, Trump had placed a total of 234 justices on the federal courts (Supreme, appeals, and district); in their two terms, each of the presidents before Trump seated 320 judges (Obama) and 322 judges (Bush). The Trump-McConnell appointment pace was unmatched over the past six administrations.

But sadly, Big Left was able to oust the fabulously successful President Trump from office in 2020. Now, with their preposterous occupancy of the White House and fragile control of the Senate, Democrats are working hard to undo the Republicans’ progress in the arena of the federal courts. Reuters is reporting that “President Joe Biden is wrapping up 2021 with more judges confirmed to the federal bench than any first-year president since Ronald Reagan, and experts say a growing list of judicial vacancies could allow him to appoint even more in 2022.”

The Senate confirmed 40 of Biden’s judicial nominees, including 11 appellate picks, despite early concerns among progressives that he would lack opportunities to fill seats on nation’s 13 circuit courts.

While Trump inherited 17 vacancies at the start of his term, Biden only had two. However, older liberal justices — perhaps mindful of Ruth Bader Ginsburg’s faux pas of dying on the bench while Republicans were in the appointing chair — have been going into semi-retirement by taking senior status.

Senior status is a classification for federal judges at all levels who are semi-retired. Senior judges are Article III judges who, having met eligibility through age and service requirements, continue to serve on federal courts while hearing a reduced number of cases. According to the Administrative Office of U.S. Courts, senior judges “typically handle about 15 percent of the federal courts’ workload annually.” In his 2016 annual report on the federal judiciary, Chief Justice John G. Roberts noted that senior judges “are eligible for retirement with full pay but still continue to work—most in a part-time capacity, but many full-time—without additional compensation.”

In other words, these progressive elders of the court get to continue hearing and ruling on cases while freeing up their seats to be filled by the leftists currently (weakly and temporarily) in control of the process. While an average of 5 or 6 appellate court justices will take senior status in a given year, Biden has benefitted from 11 such retirements already. And John Collins, a visiting law professor at George Washington University, notes that another 21 Democrat-appointed judges will be eligible for senior status in 2022. No doubt, every one of them will toe the leftist line and “retire” to senior status, enabling Democrats to pack the courts to the fullest extent they are able before they lose control of the Senate next year.

Overall, the Biden collective has nominated 73 district court and circuit court judges so far, and 40 have been approved — a pretty fast clip. “President Joe Biden is wrapping up 2021 with more judges confirmed to the federal bench than any first-year president since Ronald Reagan,” proclaims Reuters, “and experts say a growing list of judicial vacancies could allow him to appoint even more in 2022.”

The White House has proudly noted that 78% of Biden’s confirmed judges are women and 53% are people of color, because these immutable demographic details are always of primary concern to leftists when filling important offices. After all, they’re historic™! (Everyone drink.)

Clearly, it’s crucial that Republicans take back control of the Senate in 2022, and that the victors have the necessary spinal fortitude to repel the promotion of anti-American, activist justices in our federal court system.

Inside the Aggressive Government Push to ‘Nudge’ You to Behave Correctly
Did Jean-Pierre just ADMIT the Biden admin has been flying migrants across the country ‘since day one’?
CNN Founder Couldn’t Fathom Why People Hated North Korean Dictator
Protesters shut down Tomi Lahren event at University of New Mexico
CRINGE: Hillary Clinton Brings Up 2016 Election at Clinton Global Initiative (VIDEO)