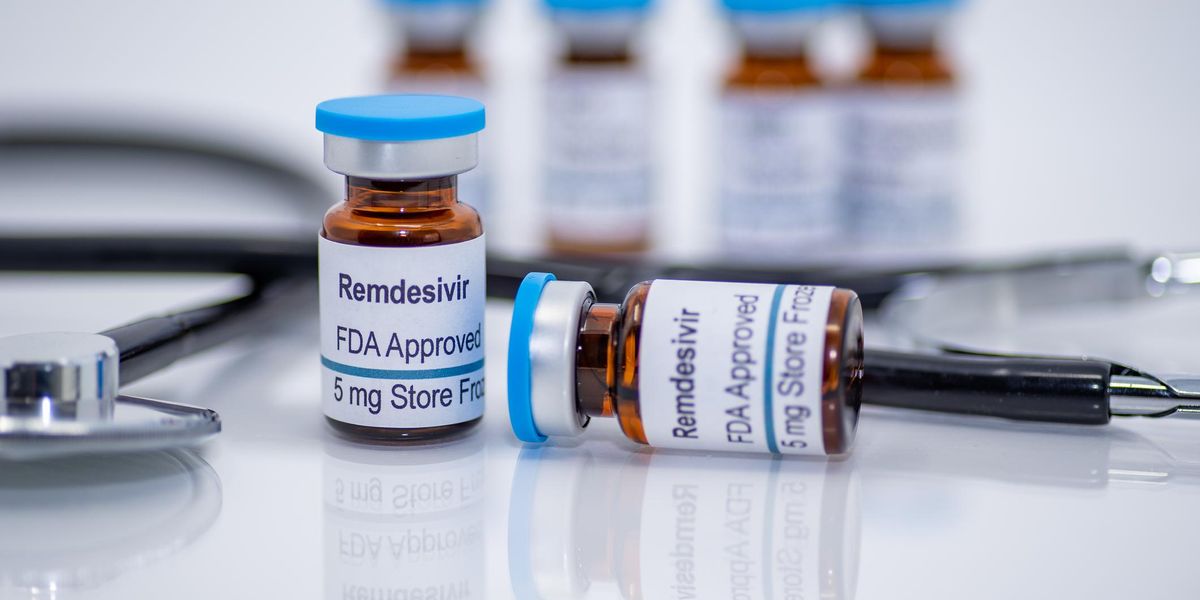 It simply makes no sense. Hospitals are aggressively using remdesivir months after it has become clear that it is not only ineffective, but causes liver toxicity and kidney failure. Yet despite its astronomical cost, hospital administrators are refusing to pull the treatment from standard protocol. At the same time, they are balking at the use of safe and effective ivermectin (or any other safe repurposed drug) to the point that they are even willing to go to court and appeal if they lose. What gives?

A listener of my podcast who goes by @NC_updipchick on Twitter discovered a little-known fact about the hospital reimbursement scheme for COVID that could possibly explain the genocidal fervor behind doctors blocking lifesaving treatment while sticking with remdesivir until the bitter end. After I had legendary critical care doctor Paul Marik on my podcast to discuss his lawsuit against a Virginia hospital that refused to allow any effective treatments (including vitamin C infusions), @NC_updipchick dug up an important Centers for Medicare & Medicaid Services billing rule from over a year ago that seems to explain everything.

THREAD: Stick with me, I promise itu2019ll be worth it.nnOn Wednesday @RMConservative had Dr. Paul Marik on his podcast to talk about Dr. Mariku2019s lawsuit against his employer, Sentara Healthcare. Basically, Sentara has told Dr. Marik that he is no longer permitted to treat patients

It’s not just the extra 20% bonus the hospitals get for treating patients with remdesivir, which would come out to roughly $600 in extra reimbursements per patient. A report on the CMS compliance rule from last October explains that for hospitals that treat with the approved emergency therapeutics — at the time, remdesivir and convalescent plasma — not only are they eligible for a 20% bonus, but that eligibility triggers access to “a New COVID–19 Treatments Add-on Payment (NCTAP) under the IPPS (inpatient prospective payment system ) for COVID-19 cases that meet certain criteria.”

What is this new payment scheme? Not only do hospitals get hundreds for remdesivir, but they potentially receive thousands for treating that individual patient for his entire course in the hospital. The report explains it as follows:

Normally, Medicare outlier payments, which are extra payments for cases with extraordinarily high costs, only kick in after the hospital has incurred $30,000 in costs above the MS-DRG payment. In other words, under the standard outlier rules, a hospital would only receive 80% of the costs that exceed $30,000 of the IPPS payment, which means that hospitals eat the first $30,000 in losses. Under the IFC, however, when hospitals provide remdesivir or COVID-19 convalescent plasma and the patient has a positive COVID-19 test, Medicare will share in 65% of the first dollar losses that exceed the MS-DRG reimbursement up to the $30,000 outlier threshold.

Hence, the hospital gets reimbursed for 65% of the initial cost as well, which explains why they have been in such a rush to treat patients with remdesivir up front. How big a difference could this make per patient? How about close to $20,000?

Thus, for a hospital system in a given state that treats 5,000 COVID patients over the course of the pandemic, remdesivir alone could be a golden ticket to close to $100 million in federal reimbursements. So while, thanks to the PREP Act, patient families cannot sue Gilead, the maker of remdesivir, for death or organ failure, hospitals are loving every minute of the remdesivir scam.

Perhaps, in a very dark and sinister way, we can now understand the vicious opposition to ivermectin by the hospitals. Ralph Lorigo, the attorney who has litigated most of the ivermectin “right to try” cases against hospital systems, said on my podcast earlier this month that he has gone up against the same hospital attorney in a western New York system who had previously argued against the use of ivermectin and was overruled by the judge, and thanks to that ruling, the patients are now home with their families after being at death’s doorstep. How could that same lawyer possibly argue against him in subsequent cases after seeing the results the first time?

As they say, money makes the world go ’round. Sadly, this greed has likely cost hundreds of thousands of lives.