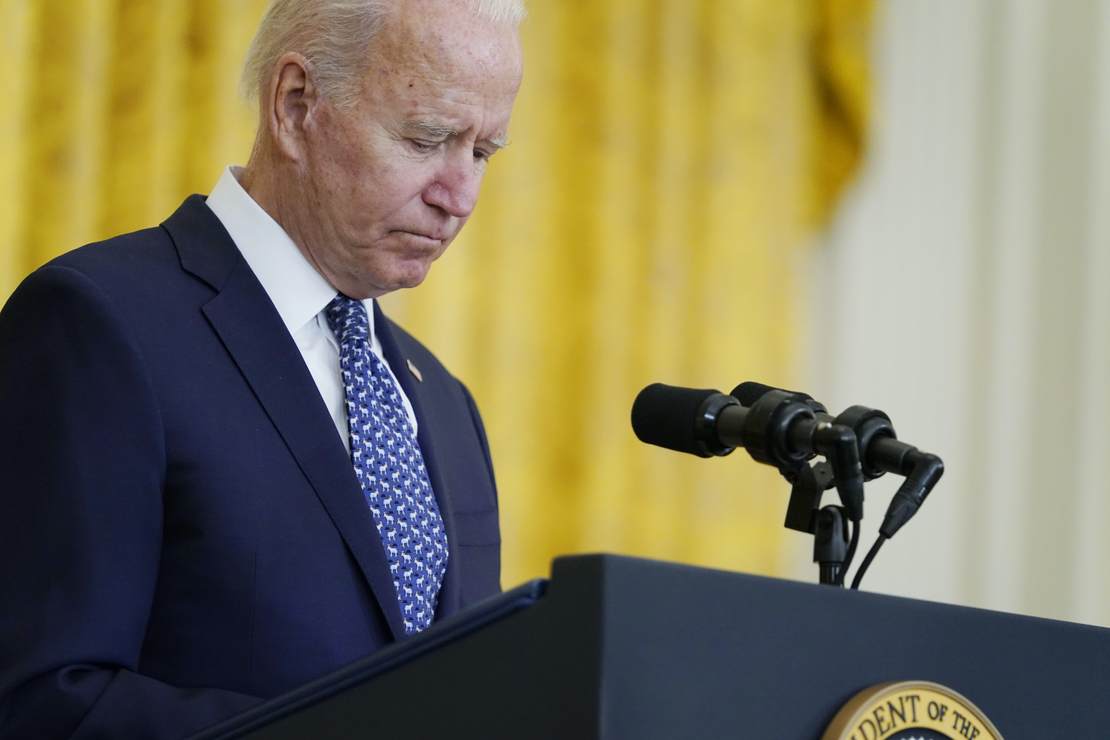 Last year, with the help of the mainstream media, Joe Biden created a narrative that Donald Trump made the COVID-19 pandemic worse than it could have been and that, if elected, he would get the pandemic under control and defeat the virus.

“A lot of people died and a lot more are going to die unless [Trump] gets a lot smarter, a lot quicker,” Biden insisted during their first debate.

Biden also repeatedly promised last year that he would “shut down the virus.”

Frankly, he took office with every possible advantage that Donald Trump didn’t have when COVID-19 came here from China. Thanks to Operation Warp Speed, Biden inherited two COVID vaccines approved for emergency use and another soon after. He also inherited the benefit of nearly a year of research and study and advances in therapeutics and treatment.

In fact, this summer, Biden essentially declared victory against COVID.

But, instead of independence from the virus, Biden has conceded defeat.

Related: More Americans Have Died from COVID Under Biden Than Under Trump

After Biden’s Independence Day speech, cases and deaths increased with the delta variant. Now a new, more contagious variant, omicron, is spreading across the nation and the world. Despite his past confidence that he could defeat the virus, it became increasingly clear that Joe Biden didn’t have a clue, and he and his administration were slowly conceding that the virus had beaten him.

Back in October, White House Press Secretary Jen Psaki blamed Trump for Biden’s poor record against COVID, claiming “we would have made progress on [COVID] had the former president actually addressed the pandemic.” Earlier this month, CDC Director Rochelle Walensky admitted that “shutting down” the virus isn’t going to happen, and just before Christmas, Biden admitted that “nothing has been good enough,” in his response to COVID, after being pressed on the lack of COVID tests to meet demand over the winter months.

Then, on Monday, Joe Biden suddenly declared, “There is no federal solution [to COVID]. This gets solved at a state level.”

Biden’s shifting responsibility for ending the pandemic onto governors comes just a few short months after demanding that governors “get out of the way” of federal efforts in the fight against COVID. “If these governors won’t help us beat the pandemic, I’ll use my power as president to get them out of the way,” Biden said.

In other words, he’s not only conceded defeat, but he’s passing the buck.

Costly war: American aid to Ukraine about to hit $65 billion
Remember the Ice Bucket Challenge? It actually accomplished something.
Reid Accuses DeSantis of Owning the Libs Instead of Preparing for Hurricanes
House Republicans push bill that would nix IRS funding from the ‘Inflation Reduction Act’ and reallocate it for CBP to hire agents to secure the southern border
NY Times vs. Science: Critic Hess TRIGGERED by Realistic Images of the Fetus