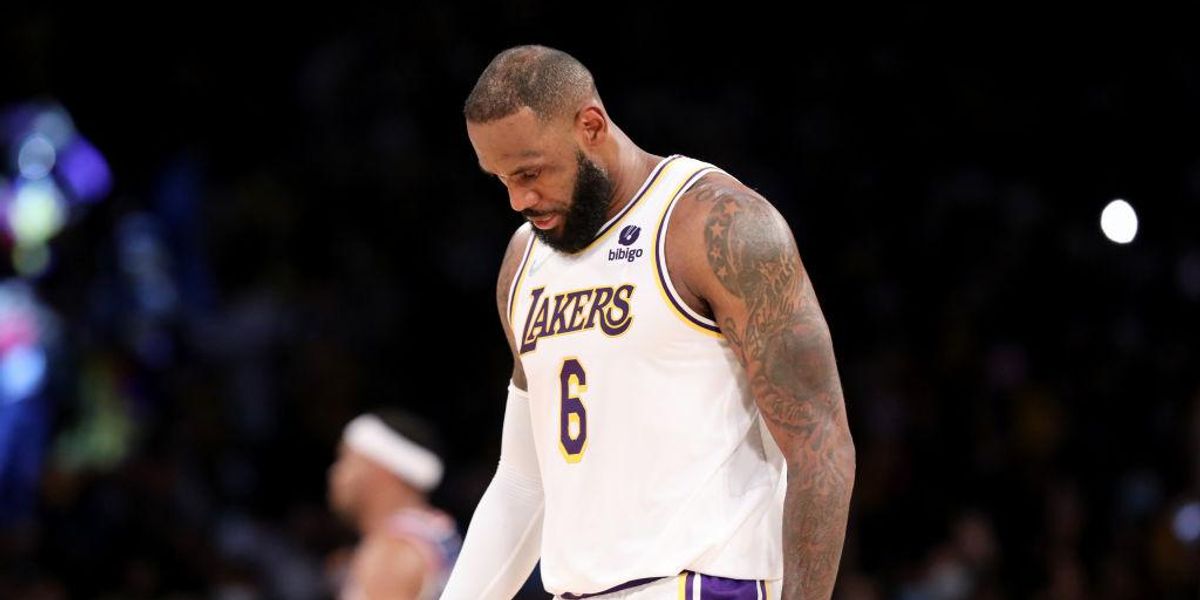 LeBron James’ social media activity is normally the target of ire from conservatives, but this week the legendary basketball player sparked backlash from liberals after sharing a meme that appears to downplay the dangers of COVID-19.

The meme, which James posted on his Instagram account over the weekend, shows three Spider-Man characters pointing at each other — one labeled “covid,” while the other two are labeled “cold” and “flu.” In the caption, the Los Angeles Lakers star wrote, “[shrugging emoji] Help me out folks.”

With the post, James appeared to be expressing that he finds it difficult to distinguish COVID-19 from other illnesses, such as the common cold and the flu. Though the insinuation was clear, it remained unclear what prompted James to share the meme.

The Laker drew criticism earlier this year after admitting that he was “very skeptical” about the COVID-19 vaccine before receiving it and suggesting that he doesn’t think it’s right to judge people for their vaccination status.

“I don’t talk about other people and what they should do,” James said, according to the Guardian. “We’re talking about individual bodies. We’re not talking about something political or racism or police brutality. I don’t think I personally should get involved in what other people do for their bodies and livelihoods. I know what I did for me and my family. … But as far as speaking for everybody and their individualities and things they want to do, that’s not my job.”

Several commenters on James’ post, including actor Jamie Foxx and fellow NBA star Trae Young, seemed to nod in approval at the post.

But at least one critic, Hall of Fame Los Angeles Laker Kareem Abdul-Jabbar, did not take kindly to the meme. In a Substack article, Abdul-Jabbar wrote that James’ message was “a blow to his worthy legacy.”

“LeBron James is not only one of the greatest basketball players ever, he’s committed to being a leader in the African American community in the fight against inequality,” Abdul-Jabbar wrote. “But his Thursday Instagram meme showing three cartoon Spider-Men pointing at each other — one labeled ‘covid,’ one labeled ‘flu,’ one labeled ‘cold’ — with his message: ‘Help me out folks’ was a blow to his worthy legacy.”

“By posting the uninformed meme, LeBron has encouraged vaccine hesitancy which puts lives and livelihoods at risk,” the Lakers legend added, specifically arguing that black communities will be disproportionately affected by misinformation.

“One way to help the Black community to overcome their hesitancy and save lives is for prominent Black celebrities and influencers to continue to encourage everyone to get vaccinated and their boosters,” he wrote.

“That one pissed me off bad,” Beadle said on her podcast. “The meme itself was so irresponsible. … These are those times where we need to stop asking these guys anything important. Stop asking what they think about the world. Stop asking them about their medical opinion.”

Colbert Wonders ‘How Big of an A-Hole Is Ron DeSantis?’
Ocasio-Cortez blames capitalism for low birth rate and says more immigrants are needed to keep social services afloat
Jean-Pierre Fumbles to Explain Biden Hypocrisy on Migrant Flights
Russia mobilizes 300,000, promises defensive use of nuclear weapons while psychopathic western leaders beg for annihilation
Arkansas man claimed he was Jesus Christ and Satan before amputating his leg in front of his 5-year-old daughter: Police