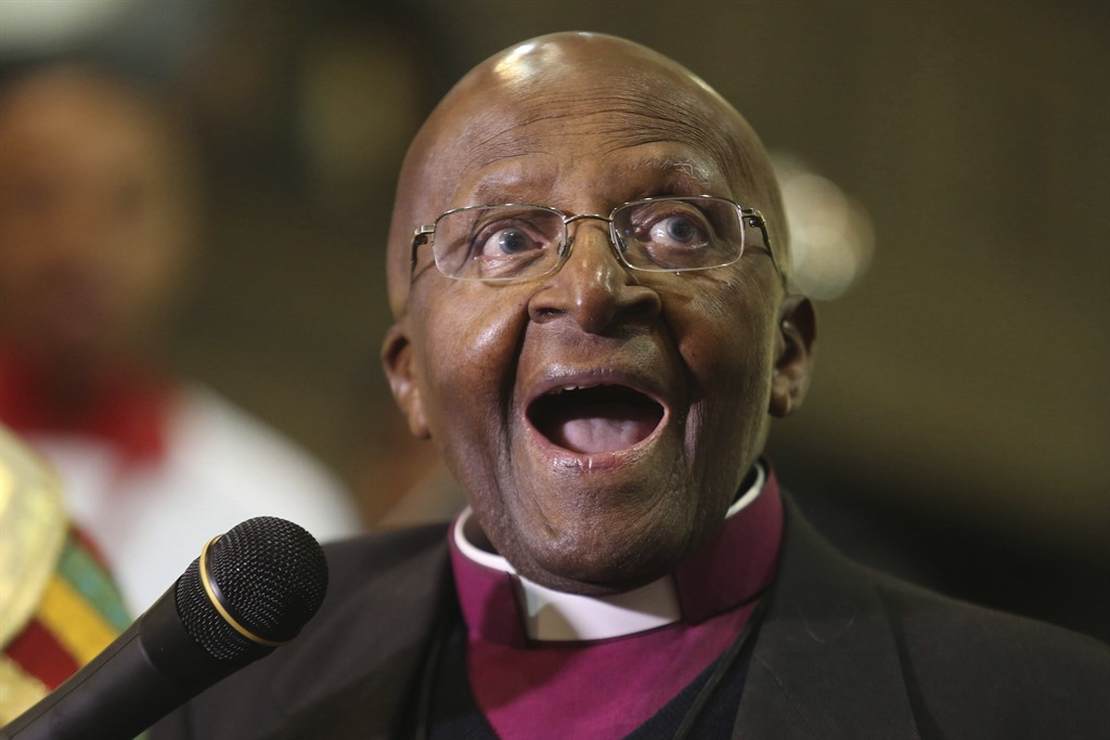 Desmond Tutu, who died Sunday, was celebrated for leading opposition to South Africa’s apartheid. It’s an honorable achievement — CNN called him “the voice of justice” — but the media’s ebullient praise of the bishop didn’t mention his longstanding disdain for the Jewish people.

They simply omitted his support of the anti-Semitic BDS movement and repugnant rhetoric about Jews and Israel the last few decades.

In 1985, Tutu made an alarming complaint about what he called “the Jewish monopoly of the Holocaust” and also asserted that “the gas chambers” made for “a neater death” than did apartheid.

During his a visit to Israel 32 years ago today, Tutu spoke at Yad Vashem Holocaust Museum, urging Israelis and Jews to forgive the Nazis for the Holocaust.

The Simon Wiesenthal Center called this “a gratuitous insult to Jews and victims of Nazism everywhere,” while Nobel Peace Prize-winning Holocaust Survivor Elie Wiesel responded by saying, “No one has the right to forgive except the dead themselves, and the dead were killed and silenced by their murderers.”

Daughter 1 to me:
“You really shouldn’t speak out when people are mourning [email protected]
Me: “he was an antisemite.”
Her: “ But was he that bad?”
Me: “yes. At Yad Vashem he told survivors to forgive the Nazis.”
Her: 😱😱😱😱😱 “Didn’t know that…”

Tutu was an antisemite.

Tutu promoted the stereotype that a powerful Jewish lobby runs the U.S., pontificating two decades ago that “People are scared in [the US], to say wrong is wrong because the Jewish lobby is powerful – very powerful. Well, so what? For goodness sake, this is God’s world! We live in a moral universe. The apartheid government was very powerful, but today it no longer exists.”

Tutu also accused Jews of exhibiting “the arrogance of power because Jews are a powerful lobby in this land and all kinds of people woo their support.”

These are ugly slurs, redolent of Ilhan Omar and the worst bigots in Congress today.

Alan Dershowitz, a lifelong liberal academic, emerged Tuesday to excoriate Tutu. The famed Harvard Law professor noted the bishop “attacked the “Jewish” – not Israeli – “lobby” as too “powerful” and “scary.” He has invoked classic anti-Semitic stereotypes and tropes about Jewish “arrogance”, “power” and “money.” He has characterized Jews a “peculiar people,” and has accused “the Jews” of causing many of the world’s problems.”

Dershowitz reminded readers that Tutu was “far more vocal about Israel’s imperfections than about the genocides in Rwanda, Darfur and Cambodia” and concluded, “Even in death, his bigotry against Jews must be recounted and considered in any honest reckoning of his decidedly mixed legacy, and in any decision whether to honor him with statues or other forms of canonization, especially at a time of increasing anti-Semitism throughout the world.”

If Tutu was genuinely interested in human rights, why spread vile anti-Semitism?

Jonathan Tobin, Editor-in-Chief of Jewish News Syndicate, has an idea.

“Tutu exemplified the way intersectionality promotes false narratives in the name of a dubious notion of the unity of the struggles of all people of color,” he wrote Monday. “He advocated denying self-determination to the Jews in their historic homeland despite the fact that the majority of Israelis are also “people of color” since they trace their origins to the Middle East and North Africa rather than to Europe.”

“Why did Tutu have such a blind spot when it came to Israel and Jews?” queried Tobin. “He may not have seen himself as an anti-Semite. But as someone whose whole life was bound up in the idea of minorities fighting oppressors, it was easy for him to see, as intersectionality demands, all conflicts as alike.”

Makes sense to me, because some place politics first and will never learn to do otherwise.

Kamala Harris says climate crisis aid should be given out ‘based on equity’ to ‘communities of color’ and women
Hurricane Ian takes out FERTILIZER production for North America, power grid DOWN, widespread supply chain damage
Fauci’s NIAID gifts $3.3 million grant to study bat coronaviruses to company at the center of the COVID lab leak controversy in Wuhan
WATCH as the Health Ranger interviews border security operator about using satellite comms to help secure the US border
USDA launches $500 million grant program for domestic fertilizer production