Jury clears Elon Musk in class action lawsuit over Tesla tweets: ‘The wisdom of the people has prevailed!’New Jersey man admits to paying $20k in cryptocurrency to murder 14-year-old in order to prevent her testimony in child porn caseNY Times Smears Scientist on Front Page for Daring to Defend Gas StovesThe Fringe with Megan Fox, Episode 118: Tech Neck. We All Have It. Now What?Joe Biden’s Brain Breaks During Remarks in Philly (VIDEO)‘That’s why’: Biden can’t hide his annoyance when reporter confronts him about taking blame for inflation crisisMarjorie Taylor Greene got threatening voicemails from man who spelled his full name, left his phone number, and dared her to press charges. His wish was apparently her command.Joy Behar CONFRONTS Sunny Hostin for Defending Ilhan Omar’s AntisemitismSPY BALLOON-GATE: Beijing Biden Rears His Ugly HeadNewsweek Op-Ed: “We in the Scientific Community Were Wrong. And it Cost Lives”
Patriot Daily Press
Skip to content 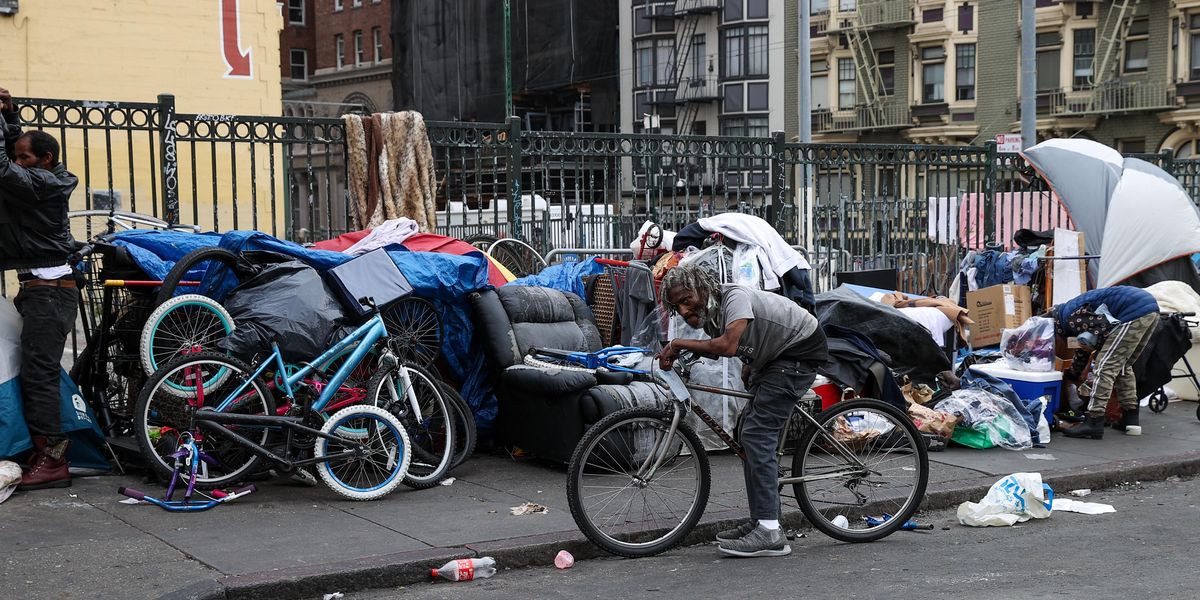 A San Francisco resident went viral over the weekend after she published a lengthy Twitter thread dressing down her city’s liberal leadership over living conditions in the city.

Surprisingly, the woman who posted the blaring criticism is herself a liberal and registered Democrat.

What did she say?

Michelle Tandler has been a registered Democrat for 18 years. She grew up in a progressive family. She attended a progressive school. Her social circle is mostly progressives.

But if the current state of San Francisco is a representation of the progressive worldview, Tandler made clear Sunday she no longer wants to be associated with progressive liberal politics.

“Here is what confuses me about San Francisco. We have the most liberal, left-wing government & population in the country. We have a $13B budget. And we have 8,000 people sleeping in the rain this week. Can someone please explain this to me?” Tandler wrote on Twitter.

“What do progressives stand for, exactly? I thought it was about making things more fair. About standing up for the little guy. About human rights, equality (equity?), compassion. San Francisco (to me) looks like the least compassionate city on the planet,” she said. “The slums of Mumbai look cleaner than the streets of downtown SF. … We have thousands of people wandering around — looking like they are on the brink of death. … [I]f this what Progressive stands for — I want the opposite.”

What do progressives stand for, exactly? nnI thought it was about making things more fair. nnAbout standing up for the little guy. nnAbout human rights, equality (equity?), compassion. nnSan Francisco (to me) looks like the least compassionate city on the planet.

According to Tandler, the progressive vernacular — replete with phrases like “harm reduction,” “housing first,” “criminal justice,” “social justice,” “equity” — appears to be nothing more than a smoke show covering up the “most deranged city on the planet.”

Where is our $13B going, exactly? nnHow do we only have 3,000 shelter beds when 8,000 are unsheltered in the streets? nnHow is this an American city?pic.twitter.com/25kGjbNdz4

Tandler admitted that she is “starting to develop a seriously dark view” of the progressive leaders in charge of San Francisco because they have “absolute power” while ironically denouncing “broken” systems.

The San Francisco native even wants to know: “What would San Francisco look like if Republicans were in charge?” After all, Tandler explained, “Progressives tend to blame Republicans for almost everything. Yet here we are — not a Republican in sight.”

“We probably have more ‘Black Lives Matter’ signs up than any city in the nation. 40% of our homeless people are Black. Do their lives matter…? Or is this just about virtue signaling and moral grandstanding?” Tandler asked.

Tandler’s rant against San Francisco and progressive leaders went on, but two tweets summed up the crux of her problem.

“One of my friends recently woke up to find a homeless person sleeping on the front step of her multi-million dollar home. I asked her what she did. ‘We closed the blinds.’ I think this is such a metaphor for what’s going on here. San Francisco is turning its head,” Tandler wrote.