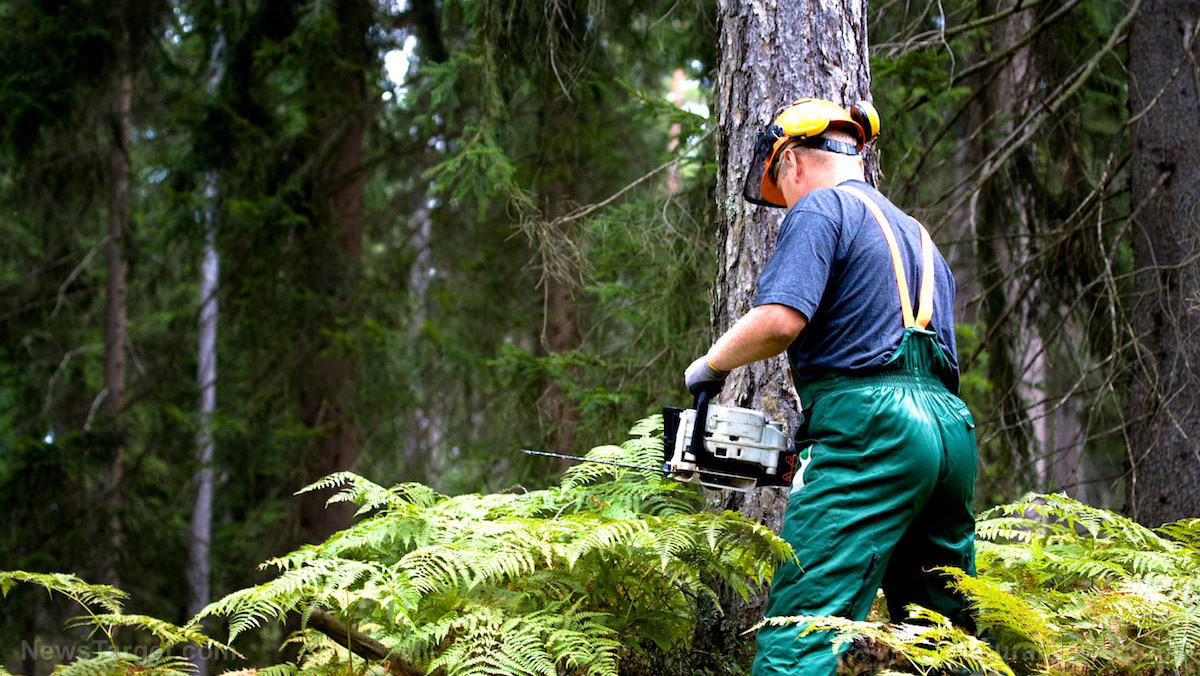 (Natural News)
John V. Lindsay East River Park in Manhattan’s Lower East Side just lost 1,000 trees thanks to climate fanatics who insisted that the greenery be cut down with chainsaws in order to protect the planet from global warming.

Jainey Bavishi, director of outgoing Mayor Bill de Blasio’s Office of Climate Resiliency, helped oversee the park’s destruction as part of a $1.45 billion “climate resilience project.” Bavishi was nominated for a top job at the National Oceanic and Atmospheric Administration (NOAA) by none other than fake “president” Joe Biden.

“What’s the point of paying a parks department that cuts down trees?” asked Karen Kapnick, one of a small group of protesters who was forced to watch through a fence as the trees were cut down. “I’m just here because I care about the trees and the environment.”

Climate fanaticism is a mental illness

De Blasio spent much of his tenure as mayor pushing all sorts of climate fanaticism. At one point, he suggested that banning hotdogs and bulldozing all of the Big Apple’s skyscrapers might help alleviate his hysteria about global warming.

Now, his regime has destroyed a New York City landmark in order to raise the former John V. Lindsay East River Park 8-10 feet. This will supposedly prevent ocean water from potentially spilling over into the city.

Some people apparently believe that the sea level is about to rise 3mm, so this is why the 1,000 trees were destroyed along with the park in which they grew. In their place will soon be a large concrete wall.

City officials claim that removing trees is necessary to stop global warming – and that this is only just the beginning in the fight against climate change.

“Once all the work is finished – projected in about five years – the new park will be raised 8 to 10 feet higher, with new recreational facilities and 1,800 replacement trees representing more than 50 species more suited to survive occasional saltwater floods,” reports explain.

Sarah Neilson, chief of policy and long-range planning for the New York City Department of Parks and Recreation, says that the impact of Superstorm Sandy is a big reason why it was decided to decimate John V. Lindsay East River Park.

“We’re the parks department, so we obviously are very fond of trees and plants,” she said.

“We also recognize that after Sandy we had to take out 250 trees that died just from that one intense saltwater inundation. They’re not species that were designed for a coastal environment.”

Eileen Myles, a poet and writer who has lived in a neighborhood near the park since 1977, told E&E News that she has been using the outdoor expanse and its trails as a source of recreation and exercise for much of her life.

“When I was young and could not afford a gym, it was the only access to exercise I had,” Myles said, expressing worry that the park may never come back as politicians are claiming.

“There’s nothing green about de Blasio or the way they’re dealing with the city right now. It’s a land grab. This is just development. Nobody believes this is resiliency. The joke we have is that if you can take it here, you can take it anywhere – it’s up to you, New York, New York.”

More of the latest news about climate fanaticism can be found at Climate.news.