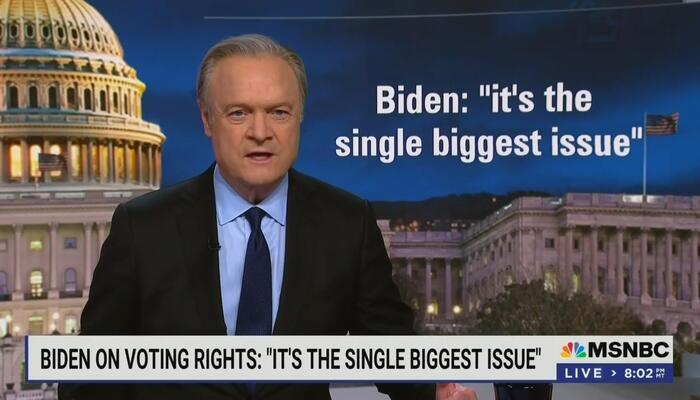 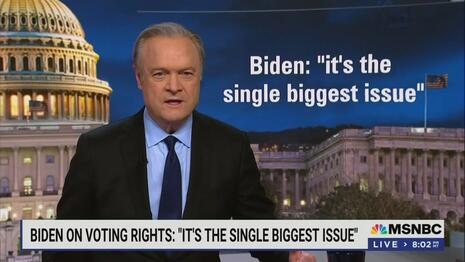 When his contract renewal was in doubt four years ago, Lawrence O’Donnell begged his viewers to help keep him on the air at MSNBC.

Now, as the left-leaning network’s prime-time lineup is at its most unstable point in a decade, the 70-year-old anchor has inadvertently become MSNBC’s most valuable star; or, at least, it’s most dependable one, owing to the rare, direct line he enjoys into the Biden White House.

O’Donnell is, unlike virtually anyone else in cable these days, riding high.

As other programs have struggled to break out of the post-Trump slump that has tanked ratings and left some shows straining to find the urgency that drove programming during the previous administration, he has found a unique role as the Biden team’s go-to anchor on MSNBC. O’Donnell’s decades-long relationship with President Joe Biden and his chief of staff, Ron Klain, has paid off handsomely, making the MSNBC host one of the White House’s only go-to news anchors and granting him rare on-camera access.

“News anchor”? That’s hilarious. He’s just as much a “news anchor” as Hannity. Tani admits O’Donnell is NOT riding high in the ratings. Fox’s Laura Ingraham dunks on him nightly. It’s just that Brian Williams is out, and Rachel Maddow’s going to try and step away from nightly duties, so he wins by default. Never mind Fox’s actual ratings in prime time.

Tani suggests it’s a plus that O’Donnell is sucking up!

O’Donnell has been one of Biden’s most unreserved cheerleaders over the past year, repeatedly defending his White House against criticism in the media and making sweeping declarations about the greatness of the administration. He said Biden’s discussion of his own immigrant history was historic, that the president’s Aug. 31 speech on the U.S. military departure from Afghanistan was the smartest and most honest address by a president on the subject, uncritically praised the state of the economy under Biden, and declared that the president’s first 100 days were the most consequential since FDR’s presidency.

Tani made an interesting point that candidate Biden rebuffed Rachel Maddow. He “was the only candidate to never appear on her show or that of her lead-in anchor, Chris Hayes. One former campaign official told POLITICO the absence from those programs was due to the fear that they could get hammered from the left and that friendlier treatment was available from other anchors at the network.” He preferred Joe and Mika…or O’Donnell.

As COVID descended in 2020 ex-“Ebola czar” Klain often appeared on O’Donnell’s program multiple times a week. So after the election, O’Donnell was “paid off with access.”

Last May, O’Donnell awarded Biden with 17 minutes of sugar in an MSNBC Vaccinating America special, asking about anti-vax Republicans being stubborn and how his late son Beau would greet him now. And they mock Fox for acting as a “firewall”…

New York to ban sale of all gas-powered new cars by 2035 to benefit ‘disadvantaged communities,’ follows California’s lead to convert to electric vehicles
Russia Today: Nord Stream Pipeline Damage May Be Irreparable after Sabotage Attack
Wuhan Institute of Virology vice-director EXPOSED as CCP official overseeing biosafety
NewsBusters Podcast: A Buzzkill for the ‘Festival of Fact-Checking’
Kamala Harris Suggests Hurricane and Disaster Relief Should be Based on Race (VIDEO)