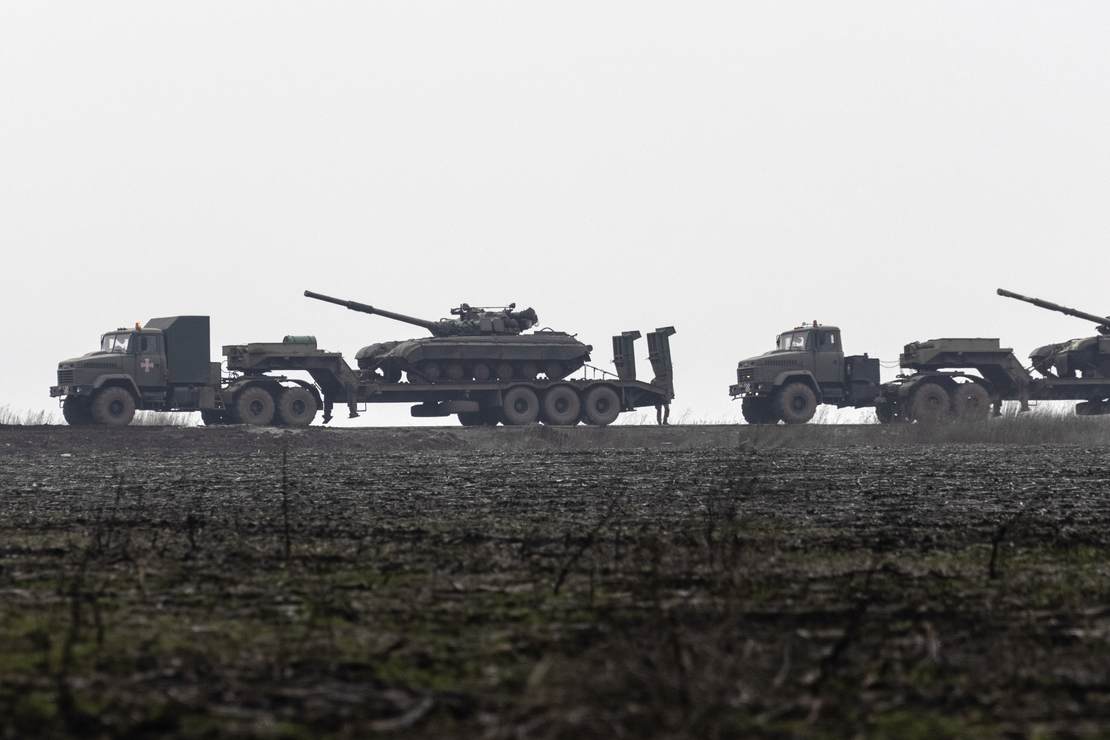 Russian President Vladimir Putin’s government says he’s “not bluffing” when he issued demands that he knows can’t be accepted by NATO — unless they’re willing to surrender.

The demands are simple: NATO must erase the previous 25 years and pull back to its 1997 borders. That includes kicking out Poland, the Czech Republic, and Hungary, who joined the alliance in 1999; Bulgaria, Estonia, Latvia, Lithuania, Romania, Slovakia, and Slovenia (2004); Albania and Croatia (2009); Montenegro (2017); and North Macedonia (2020).

Currently, Ukraine is begging to join the alliance to maintain its independence. But Putin has made it crystal clear that any attempt by NATO to court Ukraine for membership would start a general conflict — and perhaps a world war.

This is something that many western European member states don’t want any part of. Meanwhile, nations who were under the thumb of the old Soviet Union fear the revanchist nature of the Putin regime and would never submit to being captured in Russia’s orbit again.

In that sense, Ukraine is a test case for both Putin and the Alliance.

Russia will not drop a demand that NATO “be rolled back” to its 1997 boundaries, according to a senior Russian envoy, a requirement backed by the threat of “a large-scale conflict in Europe” arising out of Ukraine.

“We are not bluffing,” Russian Deputy Foreign Minister Sergei Ryabkov said Monday, per state-run TASS. “These are our real proposals. The West’s awareness of this needs to be facilitated, and we are going to make every effort to achieve it.”

Russian President Vladimir Putin has amassed military forces around Ukrainian borders, ostensibly due to the dangers presented by Ukraine joining NATO at some future date. Putin’s team, which oversaw the annexation of Crimea and the invasion of eastern Ukraine in 2014, portrays the latest round of tensions a consequence of NATO expansion over the last 25 years, raising the prospect of a major war in Europe.

Putin will take all of Ukraine peacefully or not. Those 100,000 troops aren’t there as window dressing. They have been deployed as a clear threat to Ukraine and NATO.

But what the hell are those troops protecting from? Ukraine has been unsuccessfully trying to join NATO for two decades. They’re no closer to joining today than they were when the subject was first raised in 2008. At that time, Georgia and Ukraine were asking to be included in a Membership Action Plan that would eventually lead to NATO membership. But since both Ukraine and Georgia have disputed borders with Russia, the process can’t even begin until those disputes are settled.

“It is important to lower the degree of confrontation caused by the way our U.S. colleagues are looking after their Ukrainian proteges,” Russian Foreign Minister Sergey Lavrov said in an interview published Sunday. “The course on dragging Kyiv into NATO with the prospect of deploying attack missile systems near our borders creates unacceptable threats to Russia’s security, thus provoking serious military risks for all parties involved, up to a large-scale conflict in Europe.”

Ukrainian President Volodymyr Zelensky wants to join NATO, but that process has been stalled for nearly two decades. President Joe Biden said in July that “it remains to be seen” whether Ukraine ever will “meet [the] criteria” for membership in the trans-Atlantic alliance, but Russian officials want NATO to close the door on the idea.

Should Russia have veto power over who joins NATO and who doesn’t? That issue may be decided during talks beginning next month between the U.S. and Russia.

The U.S.-Russia talks will be held in Geneva as part of a security dialogue the two sides have used to discuss nuclear weapons and other military issues. They are likely to be led by Deputy Secretary of State Wendy Sherman and Mr. Ryabkov.

That meeting would likely be followed on Jan. 12 by broader talks in Brussels in the NATO-Russia Council, an alliance forum for discussing security concerns with Moscow. Those discussions, if held as expected, would mark the first time that this council has met in more than two years.

Putin isn’t crazy, but he may want to see how far he can push Biden and the NATO alliance without war. It’s a dangerous game with 100,000 Russian troops loaded for bear on Ukraine’s border and Ukraine’s military already fighting Russia-backed rebels (and a considerable number of disguised Russian troops) in the east.