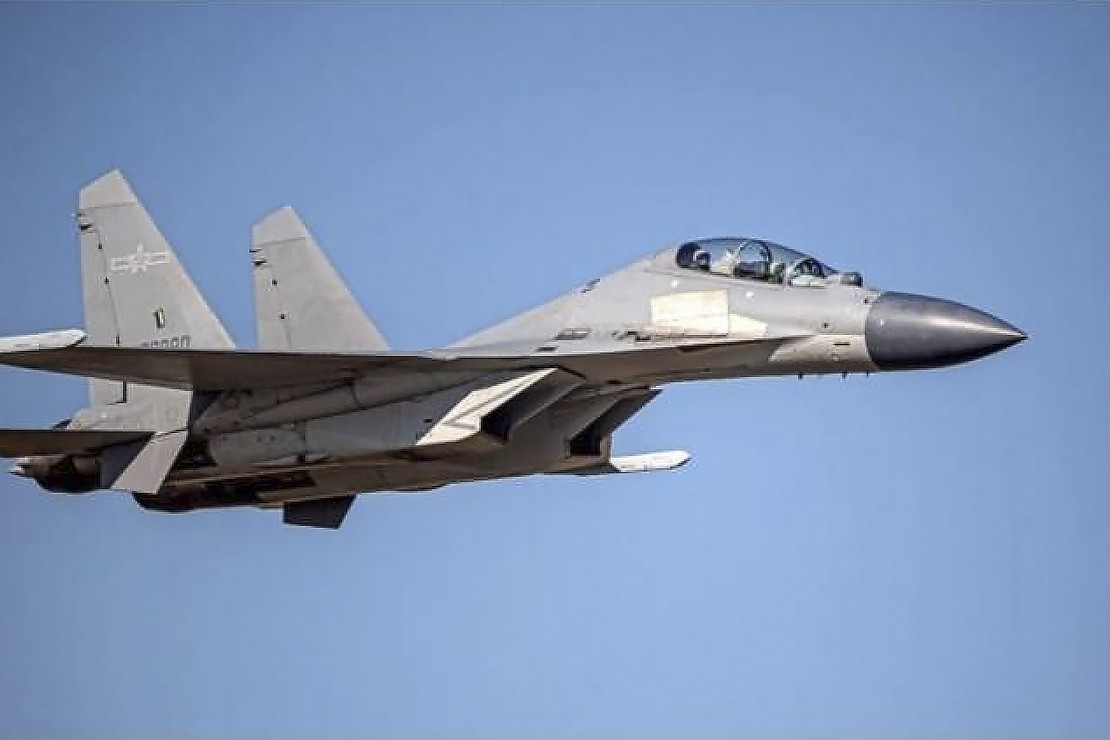 This story is much, much bigger than the loss of a few billion dollars worth of arms exports.

Typically, when it comes to arms purchases, the UAE is like the trophy wife who walks into a jewelry store looking for a new necklace and asks the salesman, “What’s the most expensive one?”

The Emirates can afford the best and usually buy it.

That’s why selling them a couple dozen F-35s and oodles of support equipment and UAVs must have seemed like a no-brainer — until things got complicated.

As I reported two weeks ago:

Here’s the sticking point, according to the WSJ, and it has nothing to do with the exactingly negotiated fine print.

“U.S. officials acknowledged receipt of the letter and the Emirati concerns. The U.S. has grown increasingly troubled over China’s influence inside the U.A.E., and has spelled out conditions that would ensure the fifth-generation jet fighter and advanced drones wouldn’t be vulnerable to Chinese espionage.”

“China,” the Journal reports, “is among the U.A.E.’s closest trading partners and U.S. officials have increasingly expressed concerns about signs of nascent security cooperation between the two countries.”

The F-35 will provide the backbone of much of the West’s air forces, from the U.S. to Great Britain, Israel, and more NATO members than I can recall. Despite some unforgivable cost overruns and development delays, the F-35 is now the deadliest strike aircraft in the world. And while operating costs will probably remain more expensive than promised, fly-away cost per aircraft is actually competitive with outdated Fourth Generation fighters like France’s Rafale.

Also for our VIPs: Here’s Another Big Reason We Need a Republican Back in the White House

And yet the UAE has decided to go with the Rafale over the Lightning II.

There’s nothing wrong with the Rafale. Thanks to composite materials and some very nifty avionics and advanced countermeasures, it’s a damn fine jet.

But as a fourth-gen fighter that first flew when I was in high school (Class of ’87), the Rafale has been pushed about as far as its aged airframe will ever make it.

The F-35 still has decades of advances built into its fifth-gen design.

So why did the Emirates, for once, choose the second-best?

The reason is one that should be our second Sputnik Moment of 2021, hot on the heels of China’s successfully testing a global-strike hypersonic missile in November.

The UAE has decided that Chinese money, logistical ability, and 5G communications gear are more relevant to their national security than is America’s most advanced military gear.

AsiaTimes called the decision “Justice Served for China” as the two countries grow closer on the deployment of 5G and AI comms on logistical gear and other high-tech development projects.

The F-35 sale was also part of the cement sealing the UAE portion of the Abraham Accords peace deal between Israel and a number of Arab nations. The historic Accords have basically been shunned by the Biden administration for no reason other than Orange Man Bad.

ModernDiplomacy reported on Tuesday that “One of the reasons for UAE to cancel the deal with the US, was that it did not want to be caught in any sort of ‘cold war’ between both the US and China.”

Historically, China has had zero presence in the Middle East. But the officially Communist nation’s “Belt and Road Initiative” promises to change that — and not just in the tiny UAE.

Belt and Road (BRI) is an implicitly imperialist and/or colonialist project using U.S. dollars to create a security and resources perimeter encompassing the western Pacific and the entire Indian Ocean rim. Minus India, itself, of course — China’s regional rival.

Also for our VIPs: How Much Longer Will Our Republic Survive?

Eventually, BRI is meant to exclude the U.S. entirely.

It was one thing for China to use “debt traps” to ensnare whole (but poor) eastern and southern African nations, or permanent basketcases like Pakistan, into BRI.

It’s quite another for a well-off country like the UAE to decide it needs Chinese technology more than it needs U.S. technology.

As a major player, we haven’t been in this position… ever.

When I first wrote about the UAE deal (link above), my only concern was that the UAE might buy second-rate Chinese stealth fighters instead of American stealth fighters — but that it wasn’t that big a deal. Or at least, it wouldn’t be, once we got a Republican back in the White House — and got ourselves weaned back off the Middle East oil teat.

But forget about oil, and whether or not we’re dependent on the Middle East for it.

If Chinese civilian tech is becoming more vital than American military tech, that means we’re putting ourselves in a situation not unlike the Soviet Union in the late ’70s or early ’80s.

An overextended empire without much to offer except for weapons that have lost their relevance.

But right now I must admit that we might be in a situation perhaps nearly as likely to lead to war — but a genuinely more dangerous war — than 1939-41.