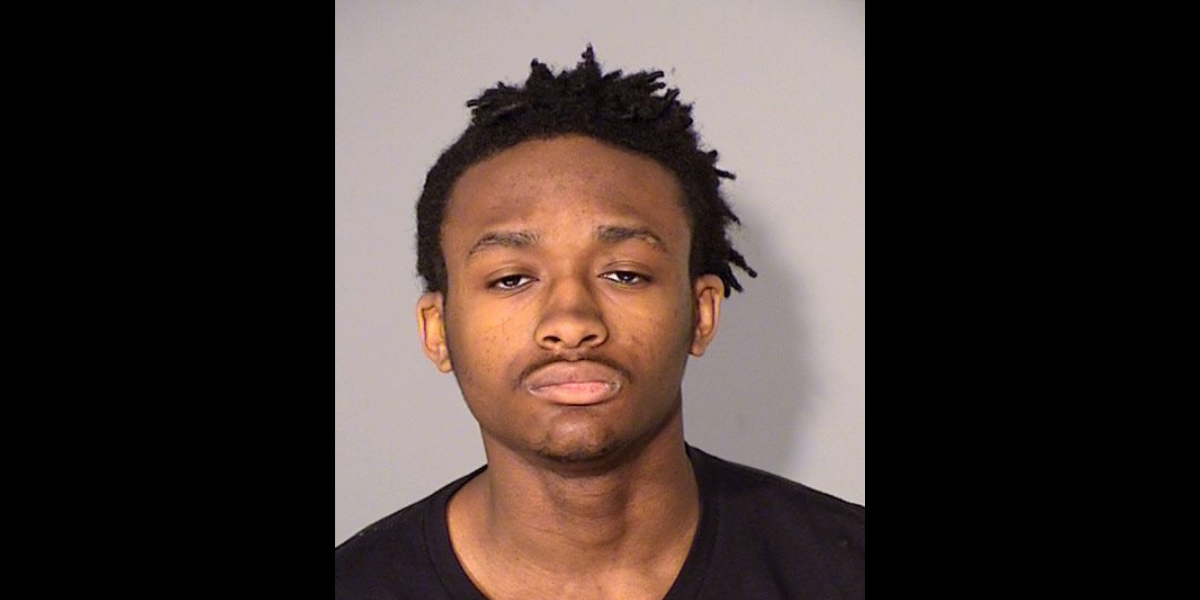 An 18-year-old carjacking and robbery suspect was arrested in St. Paul, Minnesota, this week after his disappointed mother reportedly tipped off police about his involvement, saying she “did not raise him like that.”

Isaiah Jamal Foster of Richfield was charged Thursday on counts of first-degree attempted aggravated robbery and third-degree assault causing substantial bodily harm after he allegedly tried to snatch a purse from an elderly woman, dragging her to the ground, the Pioneer Press reported.

But according to the outlet, Foster — who was already in jail under suspicion of carrying out an earlier armed carjacking — may have gotten away with the attempted robbery if it weren’t for a tip from a uniquely concerned community member.

While speaking with police Thursday, the caller, Foster’s own mother, reportedly identified her son as the suspect caught on surveillance video in the Dec. 23 incident at a Walgreens pharmacy, where a young man had attempted to rob an 81-year-old woman.

She reportedly recognized the coat he was wearing as a gift from his grandmother and recalled that he was wearing it when he had left the house that day. She added that she was “100% sure that is him.”

A criminal complaint filed by police reported: “She does not trust police officers but wanted to do the right thing. She prayed about it and turned her son in. She loves her son, but did not raise him like that.”

The elderly victim, Judy Stuthman, is said to be in stable condition following the attack, though her injuries were substantial enough that she was prevented from spending Christmas with her family.

During the attack, Stuthman was yanked to the ground when Foster tugged on her purse and reportedly did not remember anything after that until she woke up in an ambulance. She was diagnosed with a concussion and a subdural hematoma (brain bleed) and also broke her pelvis after falling at the hospital due to dizziness. The fall required surgery.

“Thanks to you, our investigators were able to identify, locate and arrest the suspect in the attempted purse-snatching attack,” the department said.

“Thank you to everyone who shared his photo and the video. And an extra-special thank you to the person who called in the tip — your willingness to help is appreciated more than you’ll ever know,” it added.

In a statement, Ramsey County Attorney John Cho said, “The actions of this young person caused significant trauma and injury to an elderly resident and spread fear throughout our community. I want to thank investigators for their work on this case and the mother of the young offender for doing the right thing by turning her son into authorities.”

Foster and two accomplices — a 17-year-old boy and a 14-year-old boy — are suspected of carjacking a woman and her young son in the Crocus Hill neighborhood on Tuesday.

In that incident, Foster and the others are accused of following the mother home before brandishing a firearm and approaching her wearing ski masks. The suspects reportedly demanded her purse and keys and started to drive her car away as she frantically pulled her son from his carseat.

Republican AGs urge credit card companies to terminate plan to add merchant code for gun retailers
Jan 6 Committee Subpoenas Dirtbag Robin Vos to Testify on His July Phone Call with President Trump
Grandfather charged after forgetting toddler in hot vehicle for 7 hours. Returns to truck 3 times without noticing the 2-year-old
What the Numbers Say About Abortion as a ‘Winning’ Issue for Democrats
Facebook shuts down 100,000-member group for using carrot emoji to refer to covid vaccines, because no discussion of vaccine injuries shall be allowed